The Colombian government announced the start of talks with the ELN soon. 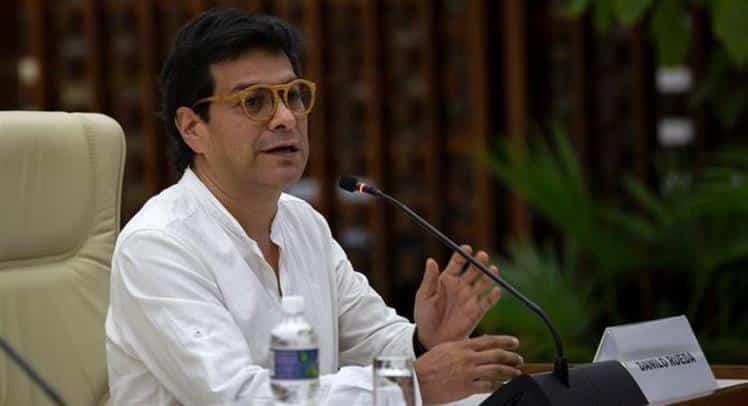 During a press conference by President Gustavo Petro and his ministerial cabinet regarding the first 100 days of the current government, Rueda assured that the process with the ELN is moving forward steadily.

«The protocols (from previous talks) were implemented, as everyone knows. The national government representation team will hold a meeting in the coming days, a day before the resumption of the negotiating table.”

Rueda said that at this time the government “is in the final definition of the security protocol to move the delegation to the place where these talks will take place.”

Although he did not say where they would be held, he said that Cuba and Norway would be guarantor countries, the same countries that play a role in dialogues between the government of Juan Manuel Santos and Colombia’s defunct Revolutionary Armed Forces – the People’s Army.

Requests from other countries such as Spain and Chile to join the process will be addressed after the talks begin, he said while answering a question from the foreign press.

“With regard to the guarantor countries, it should be specified again that at the moment they are Cuba and Norway, after the resumption of negotiations another participant will be known,” he stressed.

He added that “a point of fundamental agreement in this type of negotiation with ELN is that nothing is defined unilaterally and until the table is redistributed, those who are requesting to be guarantors (will not) ) He will have the answer.”

The commissioner explained that they are in the process of organizing protocols so that delegations from the national government and ELN can travel to the area where the talks will take place.

From the beginning of his government, Petro promoted peace talks with the ELN and also with other political armed groups and those associated with drug trafficking.

Petro assured that in the first 100 days of his government, the cessation of hostilities was agreed upon with at least 10 of these armed formations.

“More than 10 groups outside the law are currently in a bilateral ceasefire,” he said.

“This is what we call ‘absolute peace’,” he said at the conference held at the Casa de Nariño, the seat of the presidency, referring to his policy to end wars in the country and achieve civilian security.

No trace of actor Julian Sands missing in California

The Paradox of Baseball: Money Flowing on the Verge of Closure