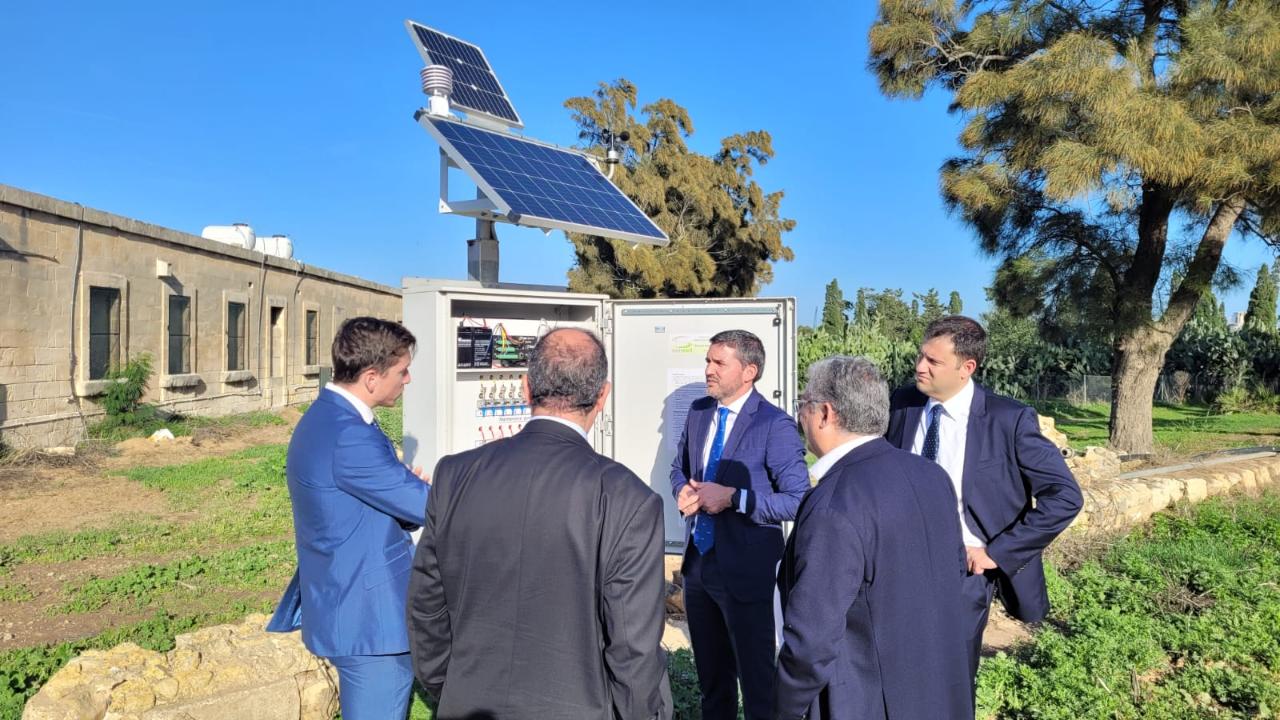 The provision of precise technology in the irrigation systems of the Murcia region to achieve maximum efficiency and use a scarce resource such as water has been one of the main arguments on which the meeting has revolved which was maintained today by the Minister. Water, Agriculture, Livestock, Fisheries, Environment and Emergencies, Antonio Luengo, and Malta’s Minister of Agriculture, Fisheries and Animal Rights, Anton Rifalo.

Luengo revealed that “one of the priorities of the regional agriculture sector is the modernization of irrigation, to the point that 86 percent of our irrigation is done using local irrigation and much of it is controlled through intelligent systems.”

As mentioned in his morning speech, on the occasion of the event to disseminate the results of the Aquares project, Luengo reiterated to the minister the fact that the region of Murcia is a European benchmark in reuse, and practically all The treated water is used for agriculture. A process, the consultant stressed, “to which high energy efficiency criteria and technologies are applied” and which is already the subject of established cooperation with the Malta Energy and Water Agency.

Finally, Antonio Luengo invited the Republic of Malta, as Minister, to adhere to the Joint Declaration on Desertification signed in Crete on October 27, 2022, in which the island state did not exist.

The declaration was prepared on the basis of the findings and outcomes of the I Mediterranean Interregional Forum to Combat Desertification, held in Murcia on 4 and 5 July 2022, as a follow-up to the activities of the Agriculture Intermediary Working Group on Impacts. The impact of climate change on Mediterranean agriculture.

“It aims to provide central institutions and the main Euro-Mediterranean stakeholders with proposals for the adaptation and mitigation of land degradation and desertification from a Mediterranean perspective, and thus allow a better assessment of the needs of policies, strategies and financing”, Luengo explained.

The Counselor also visited the facilities of the Malta Water and Power Agency (EWA) to verify the operation of an aquifer monitoring system called Sensoil, using technology imported from Israel, which includes probes that can detect surface aquifers. With diagonally connects to the target. Provide data on soil layer and water quality at different depths.

At the visited facilities, it was possible to verify in real time the moisture results returned by a battery of sensors at various depths across the 2,000 monitored hectares, which are mostly gravity irrigated. The system has been offering data since 2020, with Malta being the only European country where it is currently implemented.

We’ve been trying to figure out who made Renaissance paintings for half a century. An AI solved it on 97%

Maryleedy and Cofil go to sleep; Ogando is looking for the gold medal tonight