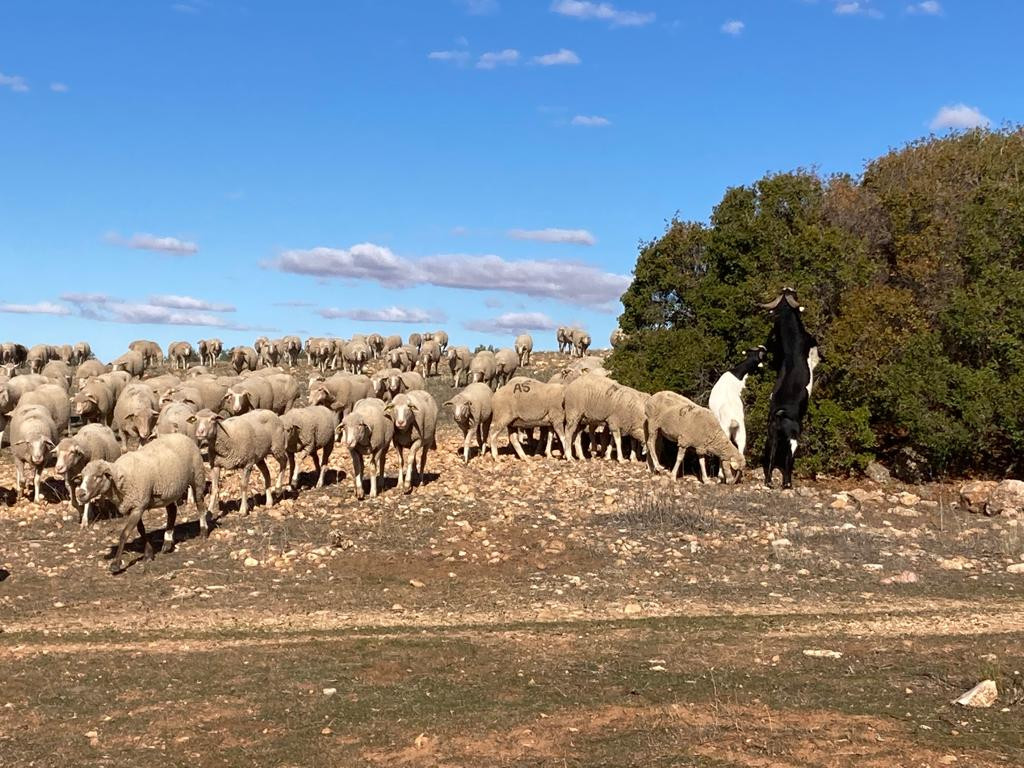 Since 2019, UNESCO has protected the transit exercise as a representative expression of Europe’s intangible cultural heritage. Historically, traveling grazing has been a very important factor in the economy and ecology of the Iberian Peninsula. For this reason, in 1273, Alfonso X created the Honorable Council of Mesta for the purpose of regulating this activity, which may have its origins in the Upper Paleolithic.

For hundreds and hundreds of years, with the arrival of spring and fall, dozens of herds were driven by their shepherds, through ravines, ropes and paths, from one climate zone to another to improve their well-being and to allow them to reach them. has been led to. Natural grass that grows in rough places depending on the time of year. In particular, there are two types of transit, horizontaltypical of flat or plateau areas; You Straightcharacteristic of mountainous regions.

“The breeding and maintenance of animals, the management of land, forests, water resources and natural hazards, as well as the ritual and customary practices of shepherds, make transit one. Important factors shaping human relationships and interactions with animals and ecosystems”, collects one of the latest UNESCO reports on Transit on the Mediterranean Migratory Routes. At the same time, the report recognizes that traveling herders “have a deep knowledge of the environment, ecological balance and climate change, as transit is one of the most sustainable and effective ways of raising livestock.”

In fact, it has been widely demonstrated that the activity of moving herds is necessary. In favor of the regeneration of trees and the genetic exchange of plants, as well as to provide other environmental, social and economic services. “Transhumans are more than a tradition, we are talking about a cultural system (…) that integrates a solid ecological foundationBased on the alternative use of the peninsula’s grassland variety at the optimum moment of their production, and a set of breeds selected for this livestock regime, whose characteristics have been preserved over time”, argues the White Book of Transhumans. Is.

“On the other hand – continues the book – it is a system of management of natural resources and cultural, social, economic and biological interrelationships that have modeled the many landscapes of Spain and contributed to its cohesion. (.. .) Transhumans generate environmental services that ensure the quality of life of all citizens, rural and non-rural. It should be noted, in particular, The environmental value of foot transit and its contribution to the preservation of the great public heritage that constitutes cattle trails, Europe has a unique heritage and that, despite the strong decline, a network of ecological corridors continues to be formed”.

Only two regions last in Europe

Currently, in Europe, there are only two regions where animals roam long distances: Scandinavia regionreindeer with transhumans; You Iberian Peninsula, in which there is movement of sheep, cattle, bullfights and goats. Intensive livestock models have condemned transhumans to be a significant phenomenon in countries such as Italy or Greece, which is why livestock trails in Spain, being practically unique on the continent, are of immeasurable value.

“The condition of our villages is bad, because in many cases, they have become in real landfillAnd it can’t be: these roads are part of our heritage and therefore, we must take care of them”, he claims Jose, a rancher from La Mancho who had the privilege of completing the phases of transhumans between 1980 and 1995 veterinary journal, “It is a pity that the concerned authorities have not put much effort in maintaining a tradition which is Beneficial to people, animals and the environment”, Sorry to this pastor who, without knowing it, defends the “One Health” current.

As Jose reveals, the existence of livestock trails and transhuman activity depends on a number of factors, most notably the coexistence of policies that favor not only the control of livestock diseases, but also ecology, animal welfare and, therefore, There is also grazing. Currently, transhuman farms must comply with general requirements applicable to livestock farms, such as those relating to the identification and registration of animals or the possession of an official health certificate issued by official veterinarians or, where appropriate, by authorized veterinarians. autonomous communities for this purpose.

Even then, Transhumans Activity Sometimes Hits Veterinary Controls, because of the confinement they sometimes impose, especially in underdeveloped countries in southern Africa, where grazing is still on the rise. Despite this, there are streams of veterinary research that defend it. Disease control possible without limiting the herd, In this sense, the strategies proposed by proponents of the “One Health” initiative are of great value, as they consider, among other things, unique interventions that, in a short time and intensively, require ruminants and dogs to Vaccines. Stop transit activity.

“I think that, in Spain, the relationship between shepherds and veterinarians is very good, because both love and believe in what they do,” defends Marion Ramo, who lived in Aragon for 22 years. Taking care of traveling cattle. ,both sides understand that we have to cooperateThat we go together and the resistance to this trade is up to everyone”, says the vet, who is also a professor at the University of Zaragoza.

Of course, in order to eliminate some of the topics and strengthen the relationship between the veterinary world and herbivores, in their faculty they organize field days that give students the option to spend several days on the sidewalks. , accompanying them on their usual tours to the transhuman farmers. Thanks to this activity, students learn to work with broad herds and the challenges they face when it comes to reconciling animal welfare, human health and food security.

“At present the number of students willing to dedicate themselves to small animals is very high, therefore, Activities such as the one we organize with shepherds help veterinary students open their eyes to new job opportunities“Beyond pets,” Ramo says. “The problem is that the livestock problem is somewhat reduced in terms of teaching hours and practical hours. That’s why field days like this are essential for young people to realize that pastoralists and shepherds can teach them and contribute much more than they thought, because they are people with a very special culture and sensibility.” , Insist on.

Like Marion Ramo, shepherd Jose of La Mancha also defends the importance of cooperation between regions: “The Veterinarians and politicians should be aware that transhuman livestock activity is enormously beneficial. For animals and also for the ecosystem itself, as it facilitates the use of natural resources, such as pastures or rivers, and avoids overproduction of feed. Free-grazing animals are healthier, they get sick less; And, moreover, when you look at them, you feel that they are happier”, he concluded.