The Environmental Institute of Santa Catarina warns that Camboriu’s water is not suitable for bathing. 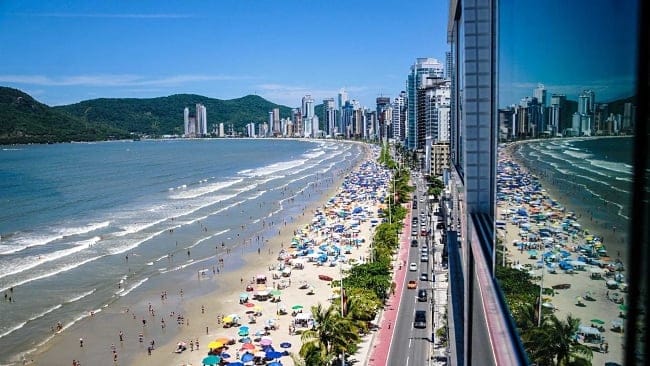 The Santa Catarina Environmental Institute (IMA) periodically monitors the water quality of various spas in that southern Brazilian state. In their latest report, they found that the central beach of Camboriu is not suitable for bathing due to high concentrations of faecal coliform.

The report dropped like a bombshell in Camboriu, a town that became one of the biggest tourist centers south of Rio de Janeiro, and the entire country’s media decided to cover the story.

Considering that IMA has detected fecal matter in the water, all eyes are on the Municipal Water and Sanitation Company (EMASA). Its president, Douglas Costa Beber, denies that the situation is related to the city’s sewage system, saying that the water quality in these points has worsened due to rains at the beginning of the month, according to which rainfall was recorded at 130 millimeters, expected more than.

The IMA report states that it was not raining when the water was collected on 12 December. The agency advised not to venture into the water at any point along the Central Beach.

According to the resolution of Konama (National Environmental Council), for a place to be considered suitable for bathing, samples from the last five weeks are taken into account, which should contain a maximum of 800 Escherichia coli bacteria per 100 ml.

Praia Central is ten points below that reference when the samples were taken in Camboriu, however, requiring that this mark be maintained in the next collection, which is carried out weekly by the IMA.

Lago de Taquares, four kilometers from Praia Central, has another place that is not suitable for bathing. According to Biber, the point has no contact with sea water, but the area is being studied to see what can be done.

In January, with the widening of the sand bar on the beach, bathers and firefighters notice sand banks and the presence of ocean currents more frequently. The change could make the sea rougher with more waves. The fire department reinforced its personnel in the space to avoid drownings and those requiring rescue.