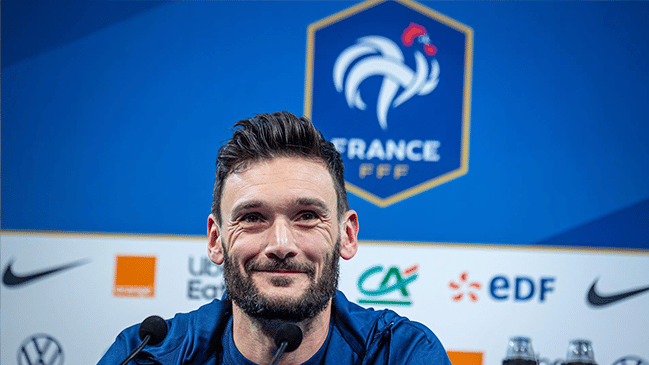 Captain of the French team, Hugo Lloris, announced that during the World Cup in Qatar they “an action” in favor of human rights, According to non-governmental organizations, that has often been violated for the implementation of the event.

Insistingly asked – during the first press conference of the French concentration – about the players’ position on alleged violations of human rights in the small and prosperous Gulf state, Lloris confirmed that the gesture would take place, though without giving further details, neither the day or the location.

“We’ll do something for the next few days, even hours. I can’t answer right now, we’ll keep you informed”, the Tottenham goalkeeper confined himself to saying eight days after France’s World Cup debut against Australia.

However, he showed some discomfort about the number of questions about human rights or the LGBTIQ+ community: “The players are asked more and more things, off the pitch everyone is free to express themselves, to give their opinion, Although I think you have to focus on performing on the pitch”, he said.

Wearing a multicolored bracelet in support of the LGBTIQ+ communityLloris agreed with Noel Le Graet, the president of the French Football Federation, and dismissed it.

“When we welcome foreigners to France, we want them to follow our rules and respect our culture., I will do this when I am in Qatar. We may disagree, but I’ll show my respect (to national regulations)”, he said, pointing to the hardships being experienced by the community in the emirate.

In suitcases and wooden boxes: This is how a smuggling network operates to cross migrants into the US

Depp lawyer: Claims that jurors were ‘tainted’ by trial propaganda are ‘baseless’