The mason got the wrong house and painted the neighbor’s house: 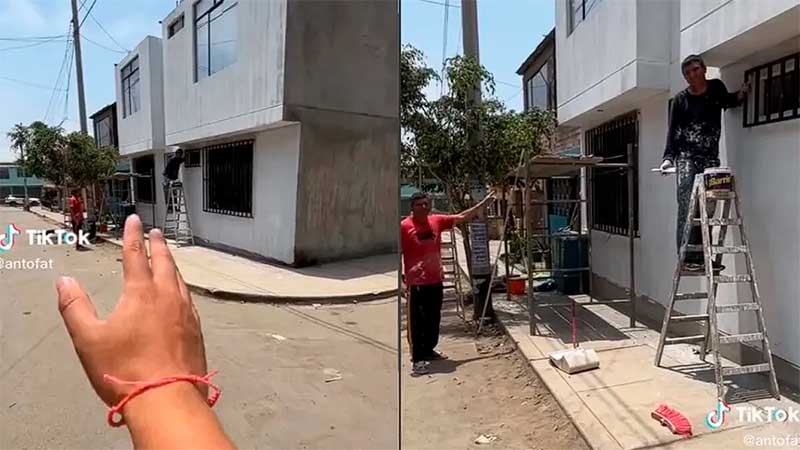 The mason’s work usually starts early in the morning. Due to this, in some cases, they start work without supervision. A video uploaded to TikTok, which has garnered over 1.5 million views and thousands of comments, drew laughs from users of the platform. In this case, a mason in Peru shocked the virtual community by choosing the wrong house and painting the house of a neighbor who hired him.

According to images circulated on social networks, the property owner came to see the progress of the work but was surprised to find that the house the hired bricklayer was painting was another.

As he approached to scold him, the mason told him that another person had confirmed that it was the right house and even asked for his payment. “He told me about the corner”, repeated the man standing on the ladder with the brush in his hand.

The owner told him that it was “in front of the corner” where he had to paint. “Who gave you the right to paint the corners?”

On being scolded, the mason pointed to the man who had hired scaffolding to paint the corner. “Who pays me for this?” said the worker after several hours of painting the wrong house. “I don’t know. That’s not my problem. Let him pay you!” The owner responded by pointing to the “responsible” to ask him to paint that corner.

“And it wasn’t to demolish the house”, “I thought it was a paint commercial!!!”, “There’s only one happy neighbor”, “It was the other one!!!”, “Just looking at the painting Already it’s funny,” were some of the comments on the publication. (Santa Fe Air)