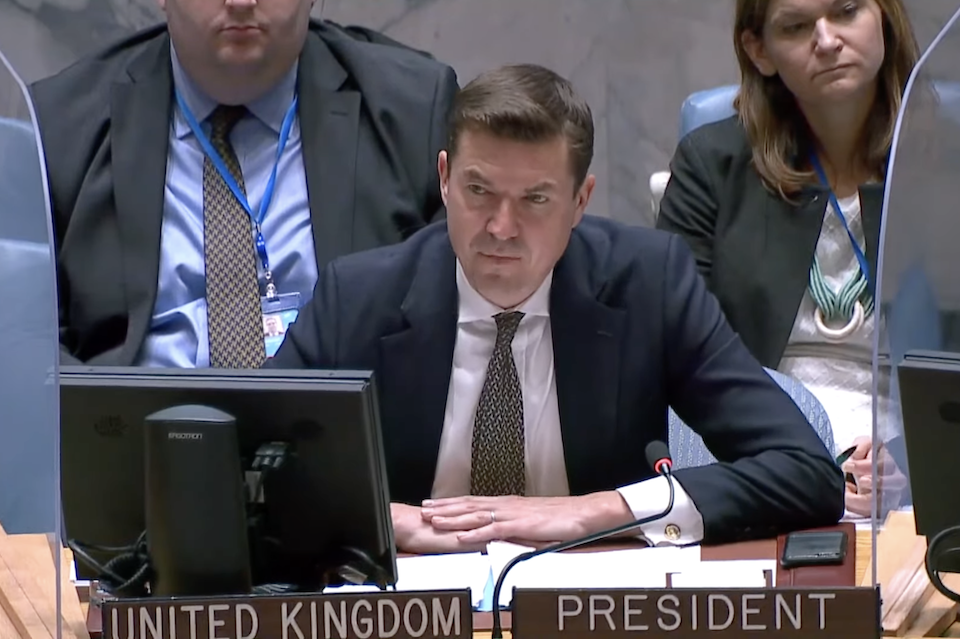 I would like to thank Special Envoy Xia, Ambassador Kahlo and Mr. Mahtani for today’s briefing, as well as the Chairman of the Peacebuilding Commission for his written advice to the Council on the Great Lakes region. I will focus this intervention on the security dynamics in the region.

The United Kingdom is deeply concerned by the delicate security situation in the Great Lakes region – in particular, an increase in violence as a result of over-activity by armed groups, the re-emergence of the ADF, Kodeko, Lal Tabara, and M-23, and the ADF and IS Central. The alleged link between the province of Africa. All these are reminders of the need to address the lack of security in the eastern DRC.

We are also concerned about the humanitarian situation in the Great Lakes region, which has resulted in the massive displacement of more than 16 million people, violations of international humanitarian law and human rights, mainly in eastern DRC. And, we are particularly concerned about the safety of civilians as a result of inter-sectarian violence in the DRC’s Ituri province, including the recent targeting of IDP camps.

The multifaceted challenges facing the Great Lakes region require a multifaceted response. The United Kingdom welcomes the positive trend of increased diplomatic outreach and dialogue between countries in the region. This includes the move towards normalization between Rwanda and Uganda and the recent regional Heads of State Conference on Eastern DRC hosted by President Kenyatta in Nairobi.

We call on countries in the region to intensify these efforts to improve regional cooperation and turn commitments into tangible action to address shared security challenges, improve humanitarian access and reduce violence.

I call on Special Envoy Zia and ICGLR to continue working in close coordination, including MONUSCO, in support of countries in the region to combat the threat posed by the M23 and other armed groups, to promote confidence building between states Can you region, and to enable the implementation of the United Nations Action Plan for the Great Lakes.

The last point I would like to make is on natural resources, whose illegal exploitation, as we heard at the Council today, is a source of funding for armed groups and a driver of conflict in the Great Lakes region. We strongly support the banning of individuals and institutions that are found to be responsible for exploiting natural resources.

We will continue to work with the international community through the DRC Sanctions Committee to ensure that those individuals and entities are held accountable for their actions.