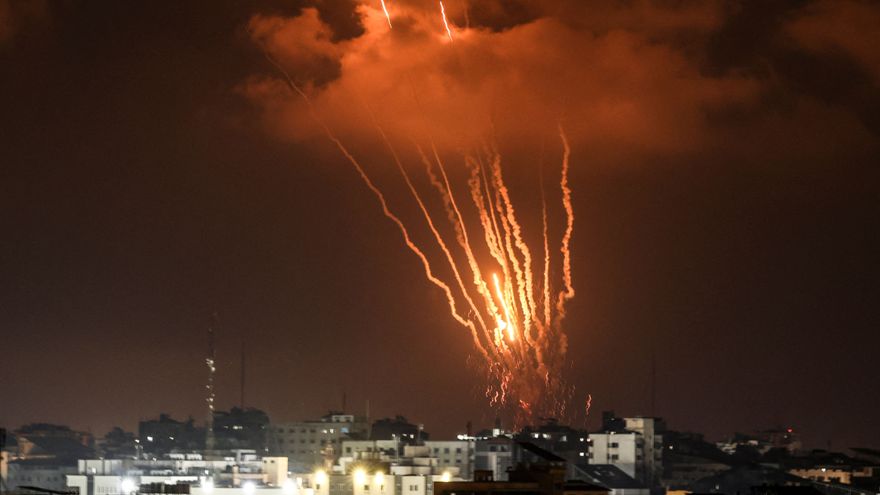 Real The escalation of violence between Israel and the Palestinian Islamic Jihad (PIJ) in Gaza It does not stop and spreads till its second day. Several shots were fired earlier this Saturday and the death toll rose to 12, all Palestinians. Among the dead is the second number of Islamic Jihad in the Strip.

Gaza’s health ministry reported two Palestinian deaths this Saturday, in addition to the 10 deaths registered on Friday. In addition, the number of wounded is already over 90, the vast majority in the Strip. Meanwhile, emergency services in Israel said at least eight people had been hospitalized for injuries while fleeing to bomb shelters.

According to the Israeli military, some 160 rockets fired from Gaza Strip towards their area during the night, especially towards the areas near the enclave. The vast majority of these shells were intercepted by anti-aircraft defense systems, while the rest landed in unpopulated areas. in parallel, Israeli air force continues to attack Palestinian Islamic Jihad targets In the strip, via drones and fighter planes, and through hitting sites reportedly used for weapons manufacturing and the production and launch of rockets.

At least four YIP members were among the 10 killed on Friday, including group number two, Taisir al-Jabri, and a five-year-old girl. In addition, during the night, a joint operation between the Israeli Army, the Border Police and the Internal Intelligence Service came to an end. 20 arrested in West Bankof which 19 will belong to Islamic Jihadi,

A spokesman for the Hebrew country’s armed forces assured that they were ready for a comprehensive operationwhich could last up to a week, and acknowledged that at this time there have been no talks to end the violence, according to several local media.

The most affected by the operation is once again the population of Gaza, which will face power outages in addition to the bombings as the only power plant in the Strip announced this Saturday that it was forced to close due to a gas shortage. has gone. The situation is the result of a blockade imposed by Israel since last Tuesday, which closed its border crossing with the enclave for goods and people.

“The cuts will affect all public services and vital facilities and exacerbate the humanitarian situation,” the Gaza power company said in a statement. Supply is expected to drop to only four hours of daylight. Blackouts are common in this area; Last week, the Strip’s 2.3 million residents only had an average of 10 hours of electricity a day.

Real voltage spike started with a on friday Strong Israeli “pre-emptive” offensive In retaliation for Monday’s arrest of one of the YIP leaders, Bassem Saadi, during raids in the West Bank on YIP targets in Gaza in front of the army, described as an “imminent threat” of attack by the group.

Stock Report: Big TV Ratings, a Broils Shutout, the Impact of Early Losses and a New Name for the Coaching Carousel