The place where 98% of Christmas trees in Spain come from 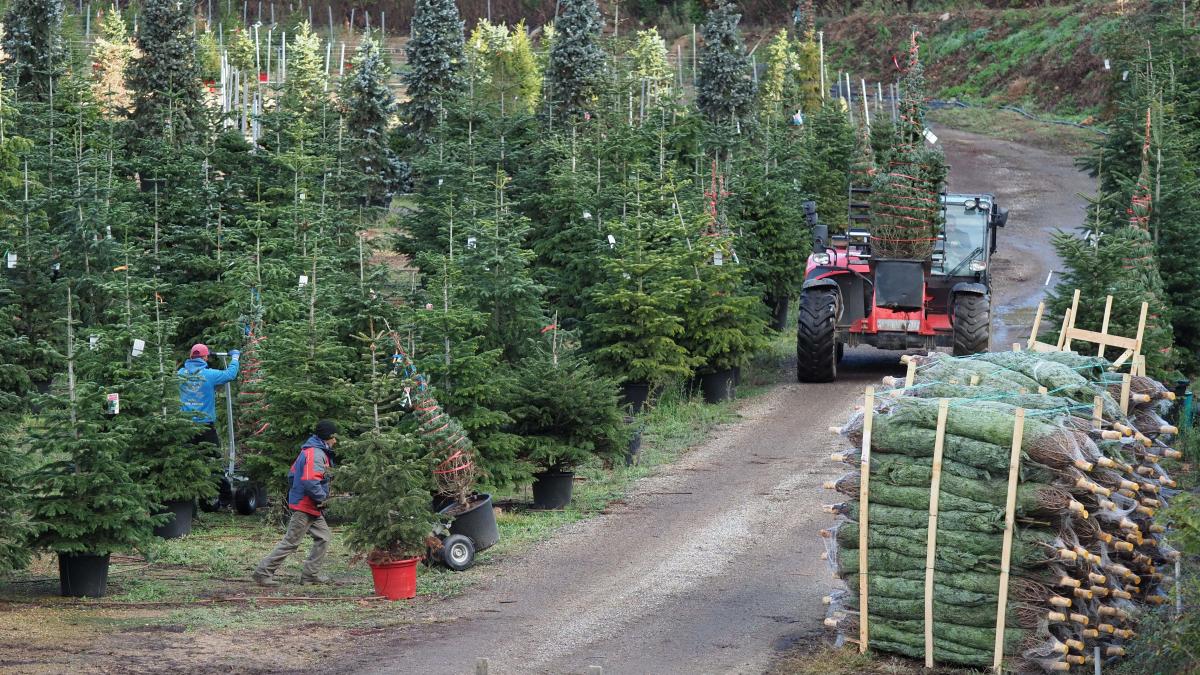 There was a time when half the pine trees grown in the forests of Montseny and Les Guilleries were destined for the foreign market. Countries such as the United Kingdom, Germany or France, all large consumers of Christmas trees, were supplied not only with specimens produced in their country but also with those grown in the Catalan forests.

It was the year 2008, when the sales of natural pine trees fell down in Spain, not only because of the economic crisis of the time, but also because of the plastic tree that had exploded in the region years earlier. “It was a bad time and growers found themselves with an obligation to export to remove excess stock,” says Albert Galifa, president of the Cultivadores d’Abrés de Nadal Associates de Catalunya (CANAC), which has 34 associates from the regions. brings together. La Selva, Osona or Wallace Oriental.

98% of Christmas trees on the peninsula come from crops in the Montseny-Gilleries region.

Christmas tree growers live a sweet moment today. The domestic market has improved and 80% of pine trees have already been sold on the peninsula. The remaining 20% ​​is exported not only to European countries with a long tradition of decorating with this Christmas symbol, but also to other less-used countries such as Lebanon or Morocco. “People have already understood that the Christmas tree is ecological; With a lot of pedagogy we have dispelled the misconception that it is an unsustainable crop”, indicates Galifa, highlighting the widespread implementation of this product in the domestic market. “98% of the pine trees on the peninsula come from here. come,” he says.

Sales for the campaign, which peaks this week, will increase by about 10% compared to a year ago’s figures. This would be a lower increase than that registered in 2021, when 15% more pine trees were sold. It will do this as well, albeit to a lesser extent, at a cost the customer will pay for them, around 3%. The increase in transportation, diesel oil, fertilizers and petroleum derived plastic utensils has made the product more expensive.

The cost, which in some cases, has gone up to 15%. However, only 3% is delivered to the customer. “You have to keep in mind that cedar is a slow growing tree; What we’ve bought today is between five and seven years in the nursery, so we’ve been able to spread the cost increase over seven years,” says Galifa, manager of Can Jover Cultius, in Saint Hilary Sacallme, capital Les Guillerige. It is the municipality that focuses more on the associated producers.The collective has decorated the center of the municipality with a giant tree eleven meters high with a total of 70 specimens.

Another problem this year, although without any effect on the current campaign, has been drought. It is estimated that between 40% and 50% of newly planted trees do not survive. “At altitudes above 600 meters above sea level, summer temperatures have been unusual, we have recorded up to 40 degrees and it has hardly rained,” explains Luis Maria Pla from the Pla de Joanet nursery.

The Montseny-Gilleries region has an Atlantic subclimate within the Mediterranean climate, characterized by cool nights and abundant rainfall. But this year the crops have faced six months of drought. “Hopefully it will be a short cycle and we will return to normal,” Galifa says.