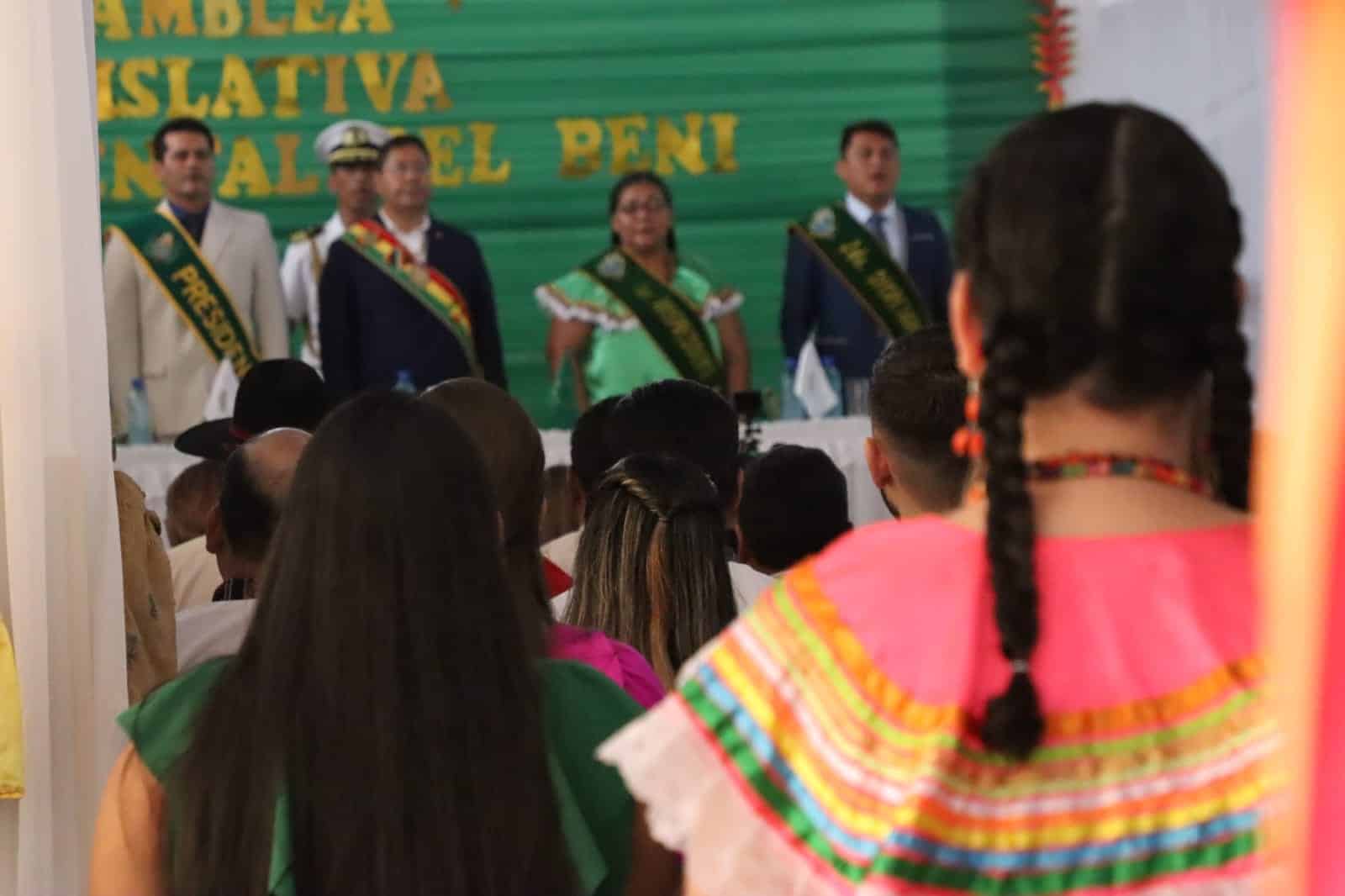 “We must strengthen the department that today is neglected and we are not happy.” (Photo: @LuchoXBolivia)

La Paz, 17 November (RHC) Bolivia’s President Luis Arce highlighted this Thursday his participation in the honorary session on the occasion of the 180th anniversary of the establishment of the Department of Beni.

“We attended Benny’s session in honor of the 180th anniversary of our beloved department. Congratulations Benny!Ars wrote on his Twitter account.

The presence of the President in this commemoration raises hopes because 48 hours ago he announced that this Thursday in his speech before the Departmental Assembly he would “present the plan for our Beni Department.”

On that date, the dignitary interred in San Joaquin, in that department, during the opening ceremony of the Toboggan Mirador, a multifunctional sports complex and a reception center for the Municipal Comprehensive Legal Service in that jurisdiction.

He insists that the national government wants Benny to stop being “the little brother” in order to become the big brother.

To make this objective a reality, the head of state promised government assistance in various investments that would also reach the municipality of San Joaquin.

He insisted that this work should proceed jointly between all the municipalities, and for this reason the head of state urged the authorities of San Joaquin to “draw up a strategic plan” that is in line with the development of the province of Mamorey and departmental

“We should reinforce to the department that there is a delay today and we are not happy,” said the dignitary.

He said that the Productive Community Social Economic Model implemented since 2006 redistributes the income generated in the country with the aim of eliminating inequalities.

He noted that in recent years development has focused on La Paz, Santa Cruz and Cochabamba, and the remaining departments, such as Beni, “remained outside this dynamic axis.”

He then expressed that the work and goal that the government has set is to contribute, help, contribute so that the development is homogeneous in all departmental and municipal instances of the country.

The head of state will participate this Thursday in the delivery of works such as the construction of a coliseum, a plaza and a rice industrial complex in the municipality of San Andrés.

The day will end with the commemoration of the anniversary of the Departmental Association of Indigenous Peasant Women, native to Beni Bartolina Sisa. (Source: PL)