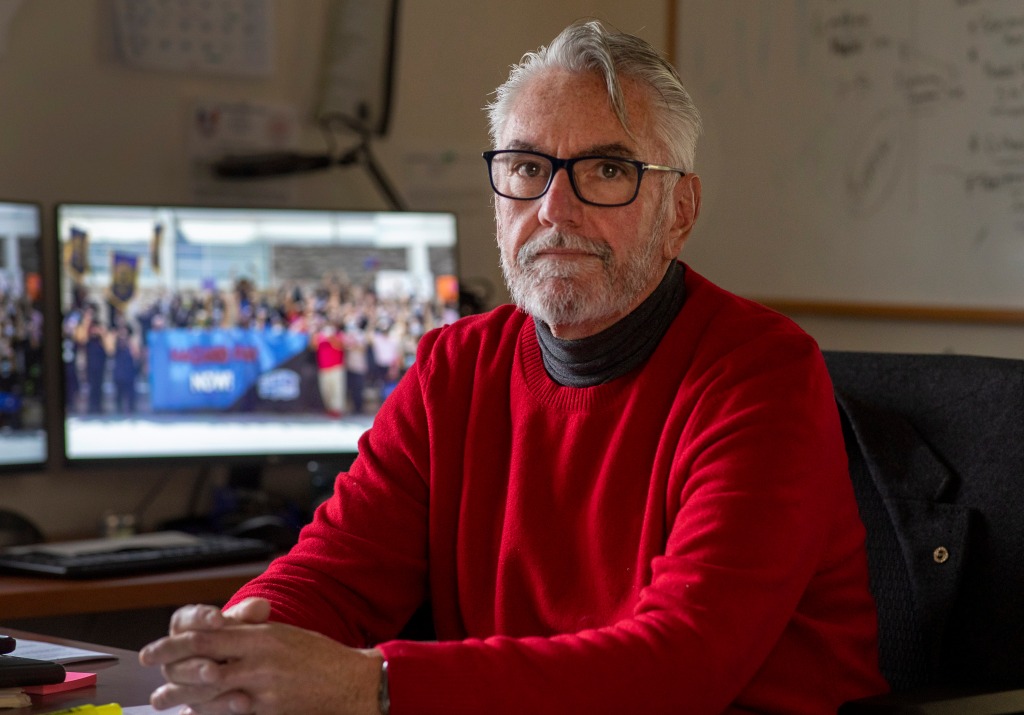 The head of the union representing workers at the Valley Transport Authority said on Saturday that a man arrested after being threatened with gunfire at work was “faced with pressure” to get a vaccine approved by the transit agency.

The comments come after sheriff’s deputies arrested a WTA worker on Friday who allegedly threatened to shoot in front of other employees in the yard of the Chaboy department in San Jose in block 2200 in South 10th Street. The sheriff’s department did not specify whether any specific threats were made or whether the man possessed a firearm.

In his statement, the president of the Amalgamed Transit Union, John Courtney, said that in the past he “begged” the transit agency not to exert “unjustified pressure” on its workers and to threaten dismissal for those who have not been vaccinated.

“The next person subjected to unnecessary stress by WTA management and thinking about the damage may not say anything,” said Courtney, who suggested testing once a week instead of mandatory vaccines.

“We are no longer in a vaccination crisis, we are in a mental health crisis,” he added.

Courtney did not respond to a request for comment, seeking to provide evidence that the shooting threats and the vaccine’s mandate were linked. A spokesman for the sheriff’s department declined to comment.

Courtney’s statement provoked a sharp rebuke from the WTA administration.

“Violent threats are unacceptable and should not be defended under any circumstances,” WTA spokeswoman Stacy Handler Ross said in a statement on Sunday. “Also unacceptable is the behavior and constant guilt of the ATU leadership, which worked to thwart progress to protect employees, and not to improve it. We are working diligently on various options for those who have not yet been vaccinated; however, public false claims do not support the process. ”

“WTA carefully implements the policy and works with our employees to ensure that we have the safest conditions for employees and our passengers,” added Handler Ross.

Unlike other transit agencies in the Bai Area, hundreds of WTA workers remained unvaccinated until the end of April, when employees had to receive the vaccine. According to figures provided by the transit agency, about 95% of the 1,494 workers represented by ATU have been fully vaccinated. Those who refused the shooting were given disciplinary hearings and no one has been fired so far, says Handler Ross.

Friday’s arrest came just over a year after a mass shooting in May 2021 in which an injured WTA worker shot and killed nine other colleagues at Guadeloupe’s train station. In May, the building in which part of the shooting took place was demolished.

Confessions of a liberal heretic