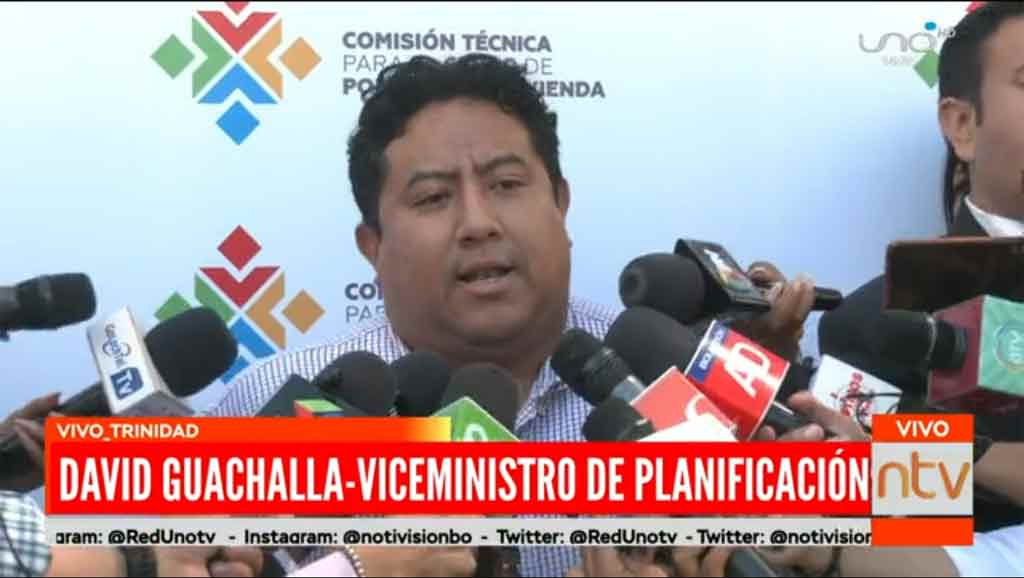 “We operate in a friendly atmosphere with a fruitful technical exchange. Sometimes it is quite heated debate, but the general atmosphere is pleasant, with a wide tendency to negotiate”, Deputy Minister of Planning David Guachalla assured.

He informed that after the setting up of the task force, this Saturday with the mission of fixing the date of census work, 350 institutions out of more than 700 activities included in the schedule of previous phases prepared by the national in a 10-hour work, were reviewed. Statistics (INE).

He explained that each activity is divided into detail, which is why it takes time, while he explained that the estimated calculation of the time that cannot complete its work until the commission working by “time and substance” . created.

A day earlier, Guachalla accused the rector of the Gabriel René Moreno Autonomous University, Vicente Cuellar, of looking for an excuse to leave the technical commission.

He based his guess on the behavior of Kueller, who said after a two-hour break that he was leaving the meeting because he had not been given supporting documents for the work done by INE.

An hour later, he returns to the facilities of the Autonomous University of Beni José Ballivion, where the commission meets, to deliver a letter addressed to the Minister of Development Planning, Sergio Cucicanqui.

In it, he requested information on “a simple photocopy of the itemized proposal and the complete document schedule prepared by the INE to conduct a population and housing census”, as well as the budgets considered for the execution of each. activities.

They argued that these data would facilitate comments and corrections to adjust the phases and deadlines for moving the census into 2023.

The deputy minister explained to the press that the information sought by Cuéllar was detailed at a meeting with experts on the basis of the agreement reached on Saturday morning, when six proposals for the census process, including the work of the INE, were presented.

At the same time, in support of the strike, this Saturday five representatives of civic committees from La Paz, Tarija, Pando, Oruro and Beni arrived in the city of Santa Cruz and met with the president of that unelected structure from Santa Cruz, Romulo. Calvo.

Finally, Calvo announced in a press conference that all those actors in the November 2019 coup would be promoting a national strike beginning on November 7.