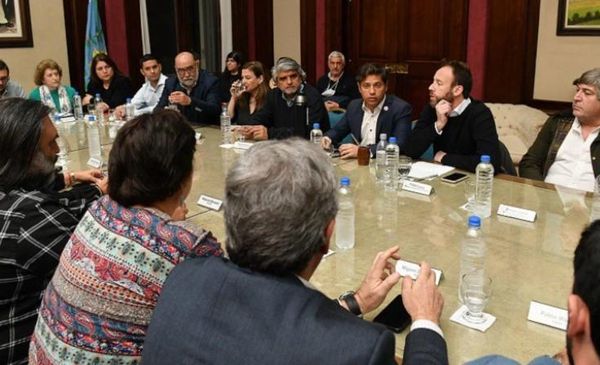 The Buenos Aires government has called on state unions for parity starting at 10 a.m. next Tuesday to kick off this year’s wage talks amid a scenario in which workers are pressing for not giving up on inflation.

Teachers will be involved in the call for talks. The meeting will be held on the same day but from 3:00 p.m. No date has been set yet for doctors and judicial officers, though it is anticipated that there will be a call in the coming days.

So far, the province has guaranteed a 90 percent wage floor, with several improvements through 2022. According to INDEC data, accumulated inflation climbs to 76.6% without counting the November figures, which will be reported in the next few hours. But since inflation is expected to be around 96 per cent by the end of this year, the salaries of state employees will be less than the cost of living index.

It is in this context that the Buenos Aires government called on the unions to conform to the wage review clause at the end of the year established in equality. Thus, unions would not want to lose purchasing power. On the government side, it was reiterated that it is Governor Axel Kisiloff’s decision that salaries remain above inflation.

Despite this commitment, it is unknown what kind of increase the province will see in December. Although informal talks are on between union representatives and officials, there is no indication so far whether the percentage hike route will be taken or a fixed amount will be paid. This last option is opposed by unions, who argue that this way would flatten the wage pyramid.

Two months earlier, Governor Axel Ksiloff had agreed with unions on wage increases that as of early December represented a cumulative annual increase of nearly 90%.

Wage increases were finalized in October and November, each by 8 percentage points, and the December increase floor was raised by varying percentages depending on the union to guarantee 90% per year for all plans. .

Additionally, by October, the amount collected for family allowance increased by 50% compared to the amount implemented in September.

It is now expected that the province, after finding out about last month’s inflation index, will make a proposal that at least “matches” inflation.

The investigation continues after Baldwin fatally shot an operator with a support gun.

Teacher, 14-year-old among hundreds of Americans hit by bullets over the weekend