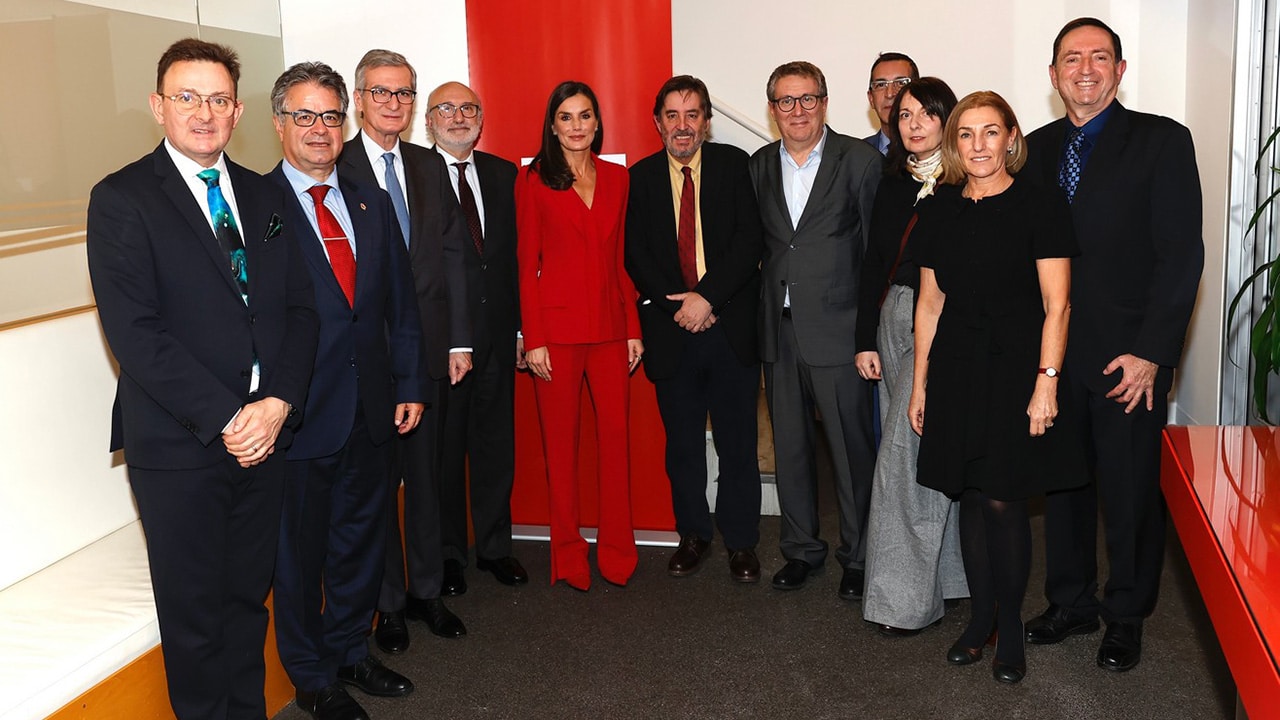 The director of Cervantes, Luis García Montero, and head of the institute’s centers in the US, are located in the cities of New York, Chicago, Cambridge (Harvard University), Albuquerque and from now on Los Angeles. Participating in it were Juan Fernández Trigo, Secretary of State for Ibero-America and the Caribbean and Spanish and Spanish ambassador to the world, Santiago Cabanas.

Luis García Monteiro, who moderated the meeting, thanked Doña Letizia for her presence, as a sign of the traditional support given by the King and Queen of Spain to the institution which, since 1991, has been serving the Spanish and those Promotes the culture of the countries that have it. their official language. The poet and professor of Spanish literature summarized the objectives adopted by the new center of the Cervantes Institute, the first to be launched on the West Coast, and which are “necessary to expand and give prestige to Latin culture”. would be proud to expand the Spanish in the Americas, but shy away from complacency”.

The Secretary of State, Fernández Trigo, insisted that “Spanish is in a moment of breakthrough”, but recalled that despite the high birth rate of the Latino population and the migrant movements that help the number of Spanish speakers, we must be aware that these factors will not be eternal and that we have to work so that “Spanish increases its scientific level and maintains its strength in the audiovisual sector”. One of the objectives, he said, is for “Spanish to be a co-official language in America”.

Marta Mateo, head of the Spanish Observatory at Harvard University, has commissioned an analysis of Cervantes’ coordinates, and they are based on studies done with various sources (among them, the last census of 2020). Explain the current state of Spanish in the Americas, with a special focus on its mastery and use by a variety of speakers, the educational landscape, translation, audiovisual media, and media. And they give some statistics: Spanish is the second most widely spoken language in the Americas, where a “cultured” variety prevails that coexists with others “more polluted than English”, with 62 million people who declare themselves “Hispanic” – an increase of 533% over the past 50 years – and 56 million who speak Spanish. He spoke of growing Spanish-English bilingualism (80% of companies say they need Spanish-speaking employees), the coexistence of Spanish and English across the United States, and the economic and labor value offered by the growth of so-called . Spanglish’.

The person in charge of Los Angeles has put forward two main lines that will determine his activity: the great presence in Mexico and Central America “because there is an imaginary division between Spain and Latin America” ​​and the importance of the audiovisual industry where ” The power of the Spanish is invincible”.

The new headquarters aspires to be a meeting place for creativity in Spanish and the most visible place for the exhibition and debate of cinematographic and audiovisual productions in Spanish. In addition, the author Luis García Martín (better known as Luisge Martín) devoted special attention to the second and third generations of immigrants with “specific programs for them to recover their cultural roots”. Will be, because they have a relationship with them. The languages ​​are sometimes conflicting because Spanish has long been the “shameful” language on this earth. Its purpose is summarized as, “To fill Spanish with dignity”.

Participating in the work sessions with the queen were producers of films in Spain, Ignacio Darnaud, a member of Hollywood and Spain’s Academy of Cinematographic Arts and Sciences, which has emphasized the “explosive growth of Spanish and Latino”. world of entertainment”, as well as “indisputable commercial figures” and “the pressure for the product generated by Hollywood to reflect the cultural diversity of the country”. What a wonderful opportunity to give back what unites us: expanding Spanish and Latino culture in the United States and around the world with the help of the Spanish language.”

For his part, the director of the New York Center explained the great challenges that Pan-Hispanism (coordination between Spain and other Spanish-speaking countries) presents to Spanish, its teaching and its certification. Richard Bueno believes that the weight and “diverse unity” of Spanish is reinforced by the development of Ibero-American linguistic and intercultural networks, the use of technological resources, and a new view of the global world.

The director of the Instituto Cervantes in Chicago summarizes the results of its activity, in which dedication to children and young people is one of its fundamental pillars. Anastasio Sánchez highlights the agreement with CPS (Chicago Public Schools) to teach and implement the institute’s curriculum in the city’s public and private schools, and ‘Cervantes Puentes’ to teach and help Spanish to disadvantaged students in the metropolis new program field, with the aim that they may receive their seal of biraciality at the end of high school.

For her part, Albuquerque’s director will explain the specialties of the center derived from the fact that New Mexico is the only bilingual state in the country. For this reason, although Spanish is taught, its work goes a step further: it offers programs to improve literacy and cultural activities for the knowledge of the cultural heritage of its Hispanic students. Silvia Grijalba summarizes the work she has done in the expansion Cervantes opens in 2021 in the city of El Paso, where 80% of the population speaks Spanish. Under the name ‘Pride and Heritage’, classes are offered to children and teenagers so that they can improve their Spanish and learn about and take pride in the culture of their ancestors. In short, so that speaking Spanish ceases to be a stigma.

Finally, Juan Luis Gimeno, director of the Spanish trade office in Los Angeles, said that Spain’s main course is to become an audiovisual hub that attracts filming from the big ‘majors’ and content sales. He noted that the weight of Spanish production is very present in films and television series, but is opening up an area that has not yet been exploited in the video game and animation sectors.

The meeting ended with a nuanced debate on the influence of Spanish in the audiovisual, where the terms ‘Hispanic’ and ‘Latino’ are sometimes not synonymous, mainly for reasons of identity.