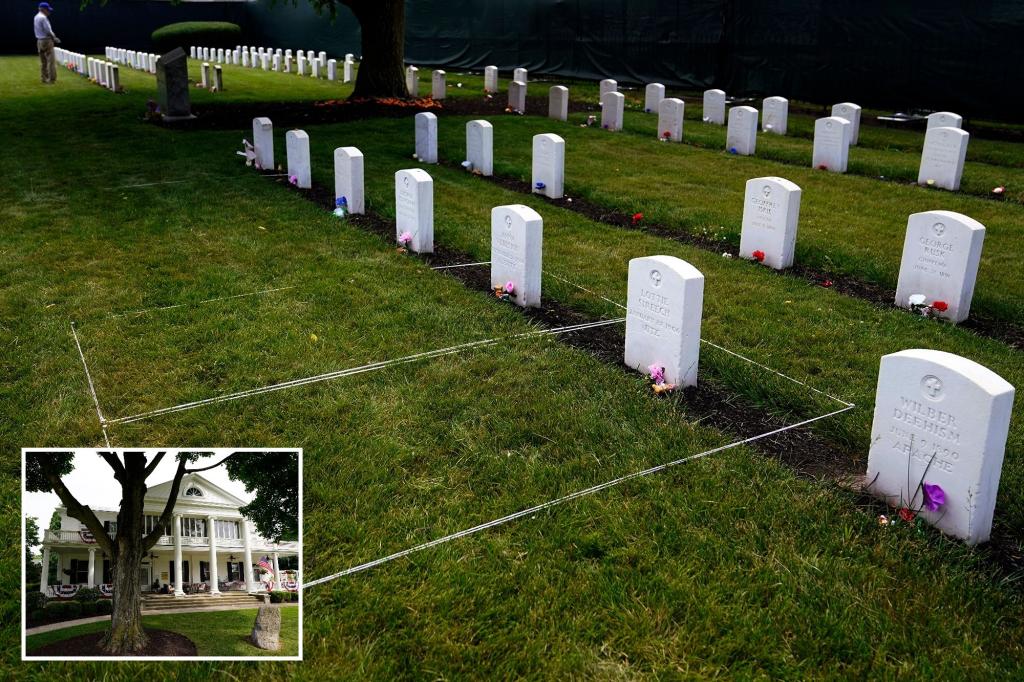 Carlisle, Pa. For more than a century he was buried in a small cemetery on the grounds of the Army War College, away from home. Now they are going home.

The military began destroying the remains of eight Native American children who had died at a government boarding school in Carlisle Barracks, ready to detain the children’s closest surviving relatives.

The dissolution process, which began over the weekend, is the fifth in Carlisle since 2017. More than 20 sets of original relics were transferred to family members in an earlier period.

The children lived at the Carlisle Indian Industrial School, where thousands of Native children were taken from their families and forced to assimilate into white society under American policy – ​​having their hair cut and stripped of their clothing, language and culture . Between 1879 and 1918 more than 10,000 children from more than 140 tribes went through the school, including the famous Olympian Jim Thorpe.

“If you survived this experience and were able to go back home, you were a stranger. You couldn’t even speak the language your parents spoke,” said Rae Schenandor of Oneida Nation in Wisconsin. Paul is a relative of Wheelock, one of the children whose remains will be decapitated.

The off-reservation government boarding school – Carlisle was the first, followed by 24 more – “separated tribes and communities and families,” Schendor said, adding that it lost part of its culture and language as a result. “I don’t know if we can ever forgive.”

He and his mother, 83-year-old Loretta Webster, plan to travel to Carlisle later this month. Webster said his own father had run away from a similar boarding school in Wisconsin when he was 12.

“It was like a prison camp, what were they putting these little kids in,” Webster said. “It’s a part of our history that is really painful and still affects the community today.”

The children who were stripped came from the Washoe, Catawba, Umpqua, Ute, Oneida and Aleut tribes. The sex and approximate age of each child will be verified, according to Renia Yates, director of the Office of Army Cemeteries, with archeological and anthropological support from the US Army Corps of Engineers.

“We do a very respectful disembarkation of each child … and then we do a very honorable transfer ceremony, sending the children back to their families,” Yates said.

The small cemetery is enclosed with a privacy fence during the decommissioning process, which is expected to end in July.

US Senate debates law to enshrine the right to abortion