The Republican Party takes control of the US House of Representatives 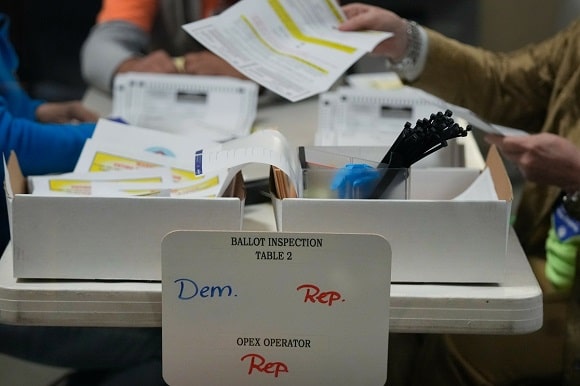 Republicans won control of the US House of Representatives on Wednesday, restoring the party’s presence in Washington and giving conservatives the tools to fend off President Joe Biden’s agenda and open investigations. but The slim majority would present an immediate challenge to Republican leadership and complicate the party’s ability to govern.

More than a week after Election Day, Republicans won the 218 seats needed to wrest control of the House from the Democrats. It may take several days or even weeks before the magnitude of the party’s gain is known. In some close races, votes are still counted.

But they are set for the party’s smallest lead in the 21st century, similar to 2001, when Republicans had a majority of just nine seats, 221-212, with two independents. That’s far short of the landslide victory Republicans had predicted going into Election Day, when The party hoped to take advantage of the current economic challenges and Biden’s declining popularity to re-adjust the agenda on Capitol Hill.

Instead, Democrats put up a staunch resistance, sticking to moderate and suburban districts in places like Virginia, Minnesota and Kansas. The results could complicate House Republican Leader Kevin McCarthy’s plans to become House speaker.Some Conservative members have since expressed doubts about whether to support him or put conditions in return for his support.

Some members of the Republican Party have blamed Donald Trump for the poor results in the election. The former president, who announced his third candidacy for the White House on Tuesday, singled out some candidates during this year’s primaries that did not produce expected results in the general election.

‘Clue on Stage’ a comedy ‘Wodunit’

Stillwater: Bragging rights and $5,000 prize at this weekend’s giant-pumpkin weigh-off