The selection made a tremendous gesture of authority 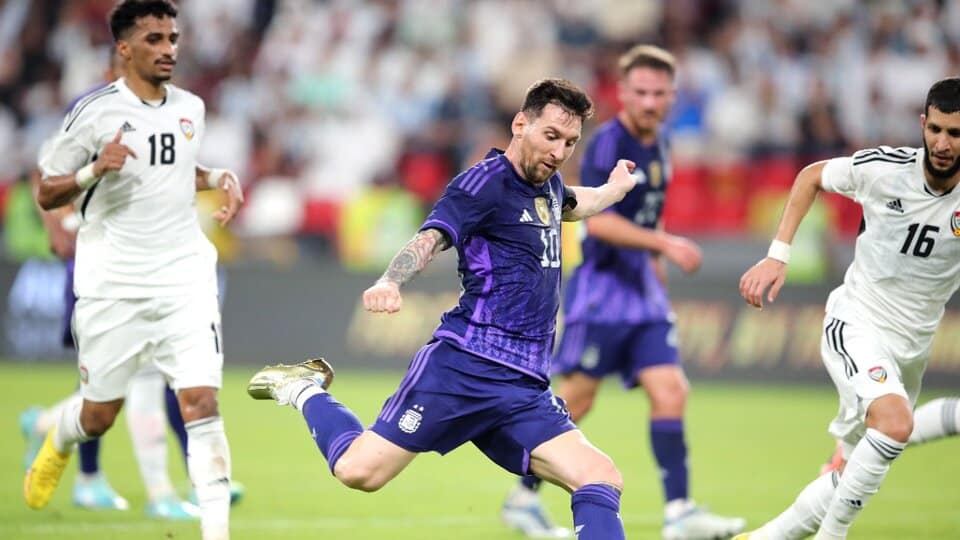 As a gesture of power six days after his debut against Saudi Arabia, it was underwhelming. An impressive 5–0 victory over the United Arab Emirates put the Argentina national team back on the agenda for the World Cup in Qatar. If earlier it was looked upon with respect, it will be looked upon with much more from now on. The team led by Lionel Messi and coached by Lionel Scaloni has reached the highest level of competition in the last 20 years compared to its predecessors. But neither is it about hyperbolic optimism, nor about inflating the price of Argentina’s chances or believing that Qatar will be a side. The real reality will start to be known from next Tuesday.

In the first half, the national team showed a very high volume of play. This generated football inside and out. He pressed on to play as high as possible, he recovered very quickly with the ball on his side, he had variations and coercion. And personal performance at the height of what is to come. marcos acuña He almost always went on the attack. And it almost always worked well. He raced wide down the left and with his influence came the first great goal from a cross Angel Di Maria.

About the man from Rosario: He was on the court for 45 minutes and was close to perfection, He scored two spectacular goals (the first with a volley, the second after two dribbles in Saudi territory), he passed many balls with precision into the opponent’s area and was unstoppable when he went in and out. There were no signs of injury he suffered in Juventus and mental and football, Di Maria reached ten points in the World Cup. De Paul, intense, invincible, sometimes confused by his desire to do everything, the same.

And all this on a dazzling night without Messi: He scored with his right foot, returning a wall to Di Maria for the third goal, and in the second half, more forward, he devoted himself to play rather than solving problems on his own. This is a very good indication of the status of the national team: It no longer depends so much on bursts of inspiration from the Rosario Supercrack, If he goes a long time without touching the ball, the team does not lose much: there are other people who can do homework for him, but not like him.

With the outcome already decided, Scaloni conducts his orchestra’s last rehearsal in the second half: He made four substitutions, setting up a line of five with Pezzella free, Foyth and Lisandro Martínez as stoppers and Montiel and Molina as elevated wingers, giving minutes to Joaquin Correa and Enzo Fernández to supply Messi and Stopped the team back and forth. It would seem that in the World Cup he will do what he did in the last Copa America in Brazil. He will press high and hard and after taking the first advantage, he will take a few steps back, strengthen in the background and try to solve on the counter.

As in previous friendlies against weaker rivals such as Bosnia, Honduras and Jamaica, Argentina had the luxury of attacking throughout the game. Against UAE, who came out with little, he guessed his script in Qatar: “The World Cup is won by smart teams” Scaloni said at the pre-match press conference. Doha’s concentration has to use intelligence to manage the timing and rhythm of the game. Everything else seems to be in place, looking forward to a great start on Tuesday.

Honour, Colombia, Honduras and Bolivia cry at the United Nations

Column: US Land 2031 Rugby World Cup, if anyone cares