The stars hit hard at the Tony Awards after parties 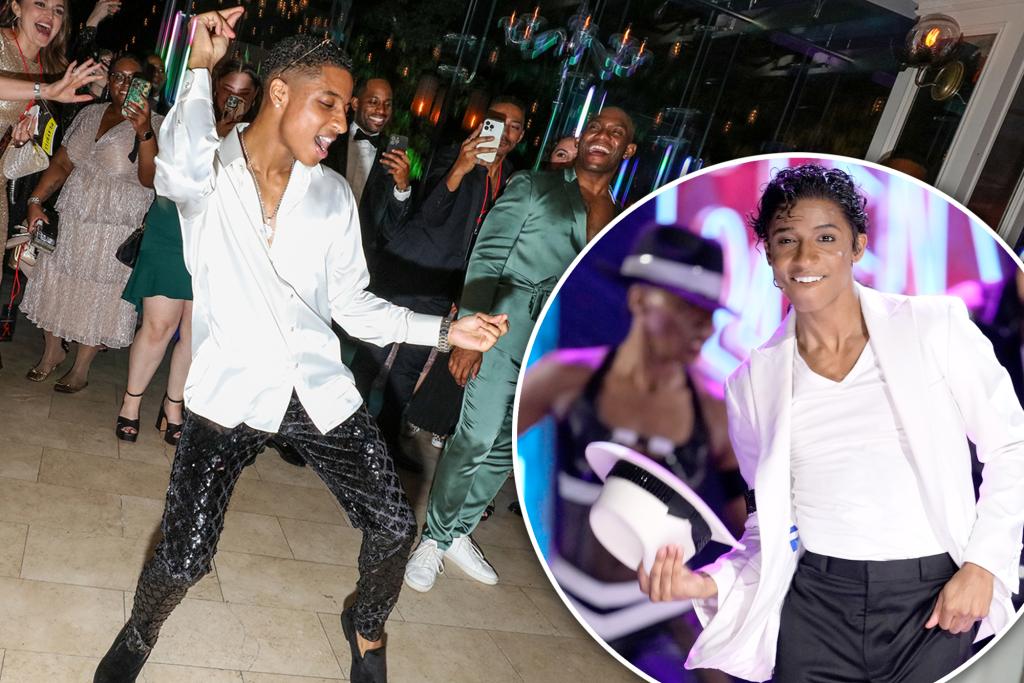 An annual tradition returned to New York on Monday morning: the blurry vision of hundreds of gown-clad and tuxedo-clad chorus children desperate for cabs after late-night Tony Awards parties.

Eyes red, heels broken, sequins… everywhere. Complaining about Uber surge charges. Tony in one hand, McDonald’s bag in the other.

Champagne was being poured all over the city – victory and drowning sorrow.

Best Play winner “The Lehman Trilogy” occupied the upper floor of the Bowery Hotel, and Best Musical “A Strange Loop” was in the sexy version on 47th Street. The big loser of the night, “The Music Man,” starring Hugh Jackman and Sutton Foster, was at Old Edison’s new rooftop venue, a block away.

I stopped by a few soirees (just what everyone wants at their good party — a critic!) to watch Broadway let loose.

Midnight: Tonys parties can go south fast if the show doesn’t win. At the 2017 Redeye Grill shindig for “Come From Away,” which lost to “Dear Evan Hansen,” I learned how sad Canadians can be. But my first stop this year, the show “Six: The Musical” at Guastavino on East 59th Street, felt like a winner, with a dance floor.

Still, the celebs stayed in the west. The biggest stars of the “Six” party were the show’s Tony-winning writers, Lucy Moss and Toby Marlowe, and the cast of Singin’ Queens. Upstairs, the venue looked like a wedding. Downstairs, around the table with mysterious young people quietly eating sliders, a college graduate.

1 p.m.: If you had walked up to Tavern on the Green in formal wear confidently, you could run right in and party with the cast of “MJ: The Musical.” No one asked my name, or looked at the PCR test result, I was holding it like a passport. Shame: I was 100% ready to say “It’s me – the blanket!”

The youngest child of the late Michael Jackson was not there. But they had two other children, Paris and Prince, and, despite losing Best Music for their show “A Strange Loop,” were both happy and talkative.

So were Oscar nominee Cynthia Erivo, “I May Destroy You” star and producers Michaela Koel and Lena Waithe.

3 a.m.: My final schlep was for the new Broadway-style Civilian Hotel on 48th Street. Everything else was exhausted, and the hot spot turned into a trap for night owls. The invite list was officially for 250 people, but all came to Hell’s Kitchen.

I congratulated Matt Doyle with a smile on winning Best Featured Actor for “Company” and nearly broke his champagne flute while hitting his Tony. When the DJ played Michael Jackson, Best Actor in a Musical winner Miles Frost, who plays the Prince of Pop, gave a scintillating performance at the bar. The 22-year-old can moonwalk on command. The actors featured in a Play winner Jesse Tyler Ferguson, “POTUS” star Lee Delaria, Garrett Clayton and 2019 Tony nominee Gideon Glick were milling about.

At 4 a.m., the DJ lit the lights and played “Last Dance” and people were asked to relax. But some party-hardy producers and publicists broke into a suite on the fourth floor and went on until the sun came out. Who needs a Vanity Fair Oscar party when you can eat flatbread pizza on the grounds of a Midtown hotel room on Tonys night?