The story behind those four lanes on Eaton Road 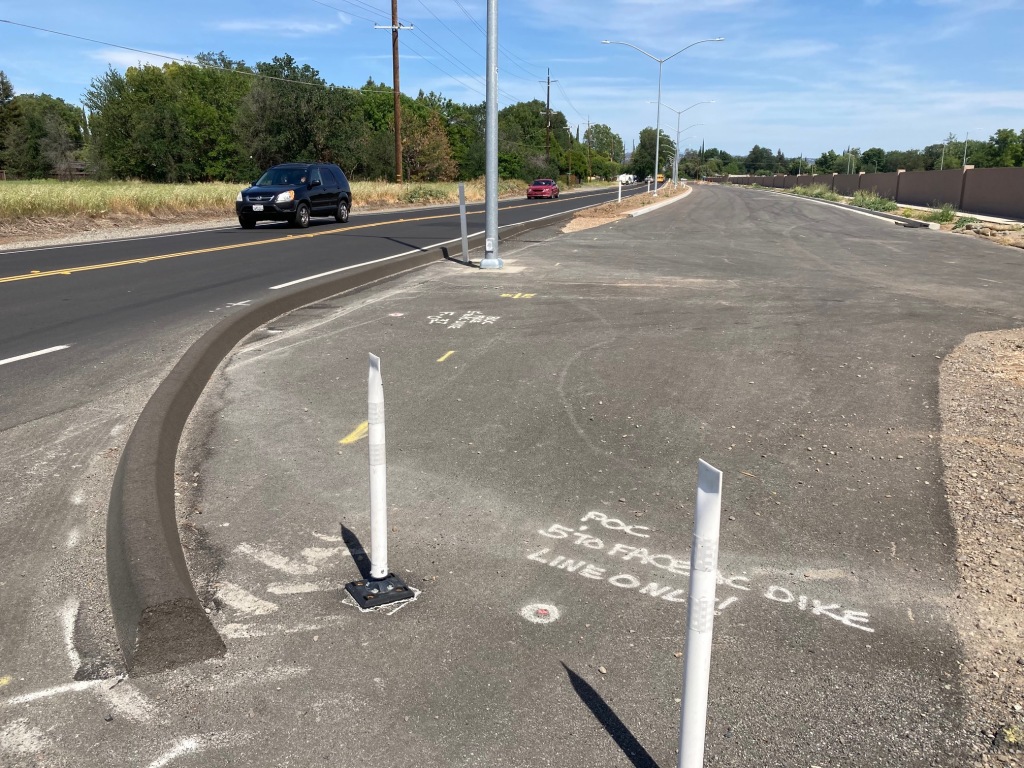 CHICO – In northern Chico, a new subdivision has made Eaton Road into a four-lane, divided expressway, even though it only runs from Morsman Avenue to Burnup Road.

An enterprise-record reader recognized what was happening and emailed the editor saying so. “I can’t recall any sort of public process about making the decision to 4-lane that road.”

that’s understandable. The latest decision to make Eaton four-lane came 11 years ago, in the months leading up to the approval of the latest Chico General Plan.

Plans approved in April 2011 designated Eaton as a “major artery” road. The plan further identified the major artery as a four-lane roadway.

And the decision actually goes much further than that.

According to Chico City spokeswoman Linda Gizzi, “it was originally identified as a four-lane road and truck route in the 1994 general plan.”

From then on, anyone who wants to develop land along Eaton Road has to pay an allowance for the fate of the route. But most others forgot – if they ever knew – that the road was going to be four lane someday.

It’s the same thing about long-term planning, just like making general plans. Decisions are taken that may not have any effect until years and years later. Then, they can catch people off guard.

In the case of Amber Lynn Estates – a now under construction project on Eaton Road – the city received a subdivision application on November 30, 2017, according to history provided by the Public Works Department.

A community meeting was scheduled the following January 17th, and information was sent to residents and neighborhood groups living within 500 feet of the project. Thirty-eight people participated, and their comments were noted.

A similar notification had come out ahead of the Planning Commission meeting on April 5, 2018, and a display advertisement announcing the hearing was placed on enterprise-record. The commission approved the project that night.

Since the site was vacant, the city required the surrender of the entire necessary right to a four-lane road, so houses north of the project would not be affected.

This resulted in a four-lane road, of which two lanes lead nowhere.

“Right now, it’s going to be like this,” said Gizzi. How those four lanes will be combined into a future four-lane road to the east and west has not been determined.

North of Eaton is a large vacant parcel that overlaps the Amber Lynn estates, and it is possible that the developer of that land will also need to provide a right-of-way for a full four-lane road. “We’d love to do it with an empty street,” Gizzi said.

For the rest of the road, there are no current plans for how, or when, the final width will be achieved. A project has been approved to study what is happening now. Gizzi called it a plan to plan.

“There are a lot of details,” she said. “We need to identify the details that have to be done”

Eaton Road is also shaped as a four-lane road west from The Esplanade. For most of the route, only two lanes are paved, leaving two more open spaces in the future.

Right now, the road ends abruptly at the city limits. A little east of that, there are barriers at the Rogue River Drive intersection.

The city’s 2030 General Plan envisions a possible extension of Eaton as an expressway to Highway 32. It is identified as something that can be studied in the future.

This is an idea that has been around for a long time. At one point, an Eaton Road extension was discussed as a replacement for the route of Highway 32 through Chico.

However this did not progress, mainly because the point where the road now ends is the green line. It demarcates the county to the west and south between urban Chico and agricultural land.

It is just a line on the map, but it has been a very effective obstacle to the development of agricultural land, as it was designed to do.

There is an argument that expanding Eaton to 32 would create pressure for development on the new road. The area has been identified as Bel-Muir, and is one of several areas where further green line advances have been discussed.

According to Gizzi, as of now, there is no talk of pushing for expansion of the city.