The Tea Party of 1773, the First Step Towards American Independence 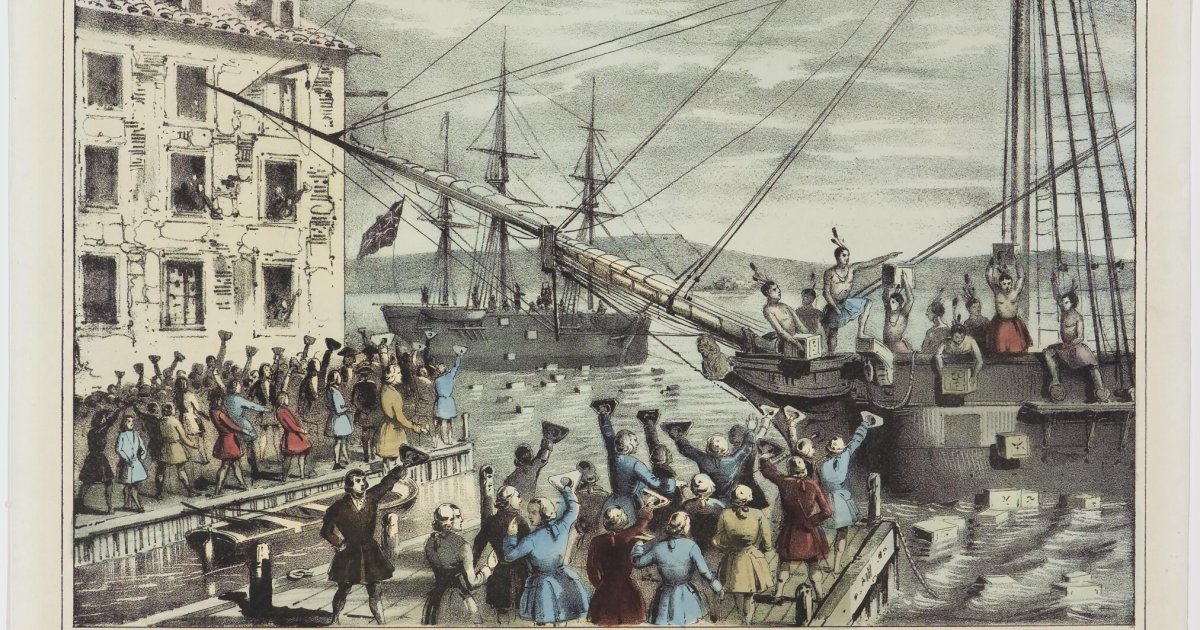 On the night of December 16, 1773, about 60 men boarded three ships in Boston Harbor. They had draped blankets over their shoulders and smeared their faces with paint and soot. Within two or three hours, the chests were pulled onto deck, split open with axes, and emptied of their contents. A large amount of tea was accumulating in the sea next to the ships: 46 tons of tea – a product to which tax was added – were thrown overboard. It was the spark that set off the independence of the United States, a rebellion that would unleash a series of social and political changes that would thirteen colonies A new nation to become: the United States of America.

while ending Seven Years’ War in 1763, a conflict that had ramifications in various parts of the world, the British Empire faced many financial difficulties: they had won the war but at the cost of vast amounts of blood and money. therefore the British Parliament He tried to replenish his exhausted coffers by imposing taxes on his various colonies, including the United States. Thus arose the Townshend Laws, ratified in 1767, which taxed various products imported into the British colonies, such as tea. Due to various protests, the law except for the tea tax was repealed in 1770.

That measure caused great resentment among the colonists, who decided not to contribute to British profits by not buying tea from the British. British East India Company and smuggling it from Dutch merchants. Then, in 1773, the British government passed the Tea Act, which allowed the East India Company to sell tea directly to the colonies without paying any customs duties or taxes. Britain, In exchange for paying the colonial duty, which was very low, and thus ensuring that the tea was sold only through its own agents, independent colonial traders were left out.

Tension was rising between the colonies and the British crown and while the former sought more independence and power to rule according to its own norms, the latter asserted its right to manage and exploit the colonies. So there were protests in Philadelphia and New York, but the demonstrations in Boston left their mark in history.

The governor of Boston, Thomas Hutchinson, ordered that the provisions of the law be followed and allowed the ships Darmouth, Eleanor and Beaver to dock in the port, loaded with cargoes of tea; However, they would not make it out of port.

On the night of December 16, a group of men led by Samuel Adams and John Hancock boarded the ships. Dressed as a native of the Mohawk tribe and destroyed 18,000 pounds worth of shipments at the time by throwing 342 boxes of tea overboard. This event, which at the time was called the “Destruction of Tea”, would become known 50 years later as the “Boston Tea Party”.

The protests reached different cities: in New York they refused to allow British ships to land; In Philadelphia, residents rallied to force British ships out of port, and in Charleston, despite the fact that one ship managed to dock, customs officials confiscated its cargo.

it was for the act Ray George III and the British Parliament insulted his authority and in response he promulgated the Intolerable Laws, a series of retaliatory measures that imposed martial law in the state of Massachusetts, closed the port of Boston, barred colonists from welcoming and supplying the British forced to provide. troops and considerable cuts the decision-making ability and independence of the settlers with the aim of discouraging any future attempts to resist their controldid, but the result was the opposite.

The leaders and elites of the Thirteen Colonies were convinced that Great Britain had overstepped its bounds and fallen into a tyrannical and despotic model against which they must all fight together. In September 1774, representatives from all the colonies except Georgia met in Philadelphia to discuss how to proceed. His quest for independence, the Continental Congress.

Less than half of Australia’s 150 largest companies are committed to zero emissions by 2050.