The United States has joined the race for influence in Africa 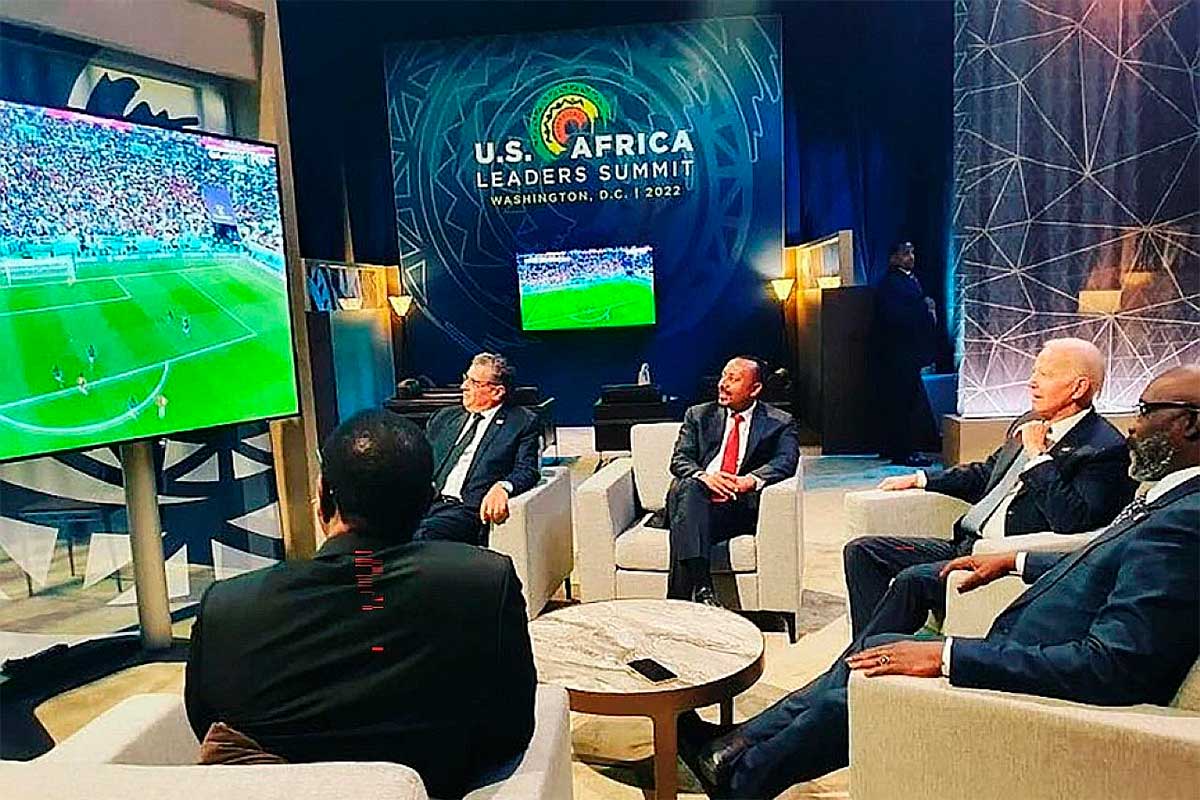 It seems that the United States has finally realized that the advance of China and Russia on the African continent is not an insignificant endeavor when it comes to strategically placing its pieces on the board of the new global order. Speaking at the US-Africa Leaders’ Summit in Washington, Biden announced a concrete step beyond well-intentioned speeches to a continent he has long championed by announcing billions of dollars in new commitments to funding and strengthening democracies. received very little attention. The initiative for a permanent seat for the African Union in the Group of 20, in which Spain is sorely missed by its absence.

President Joe Biden has praised cooperation with Africa and said he hopes to visit the region soon in an effort to expand his reach in a region where China and Russia lead them.

“I look forward to visiting your continent,” Biden told about 50 leaders attending the conference. Biden hosted the summit in hopes of building stronger ties with African nations, stressing America’s willingness to work together rather than just sending aid and assistance.

It is not the first time that African leaders have heard a similar message from the US President. President Barack Obama organized a similar summit in 2014 to contribute to prosperity and security in Africa, and then former President Donald Trump largely ignored Africa, never visiting the continent. , And even blatantly disregarded some African countries at the 2018 meeting. countries”.

Africa is of paramount importance to the world powers with its rapidly growing demographics, impressive natural resources and its large presence in the United Nations. Some of the leaders attending the summit made it clear that they want the Biden administration to refrain from forcing them to choose between the US and its global competitors on trade issues.

Meanwhile, other countries aware of the potential of the African continent have made inroads. On the one hand, China has worked to develop trade relations with African countries and develop major infrastructure projects, a strategy that has yielded excellent results in the Caribbean. For example, Jamaica is in debt to China to build a four-lane toll road. I recall, during my visit to Jamaica in 2016, the frustration of the local people, who saw that the works were carried out by Chinese workers apparently brought from China for this, that the Republic of China is now looking to build hotels. -owns nearby land, and that environmental groups were warning about the impact of these megaprojects on native fauna and flora. In Latin America, the process has been similar, with important infrastructure agreements signed in Chile, Costa Rica, Peru, and most recently negotiated in Ecuador, all of which involve acquiring large tracts of land, and lending money to countries. , who, in many cases, can hardly return it. On the African continent, the same is true of Angola, Nigeria and Sudan. Infrastructure projects vital to the development of these countries but which leave them in the hands of China, which brazenly waves its flag at the construction sites.
Russia, for its part, has expanded its military influence, including through mercenaries such as the Wagner Group, a Russian paramilitary organization known for its rape, looting and torture (including in Ukraine, Venezuela, Syria). It is alleged to have committed notorious war crimes through, and which operates in various regions on the continent of Africa, such as Mali or Libya, and especially in Sudan.

Biden avoided specific mention of those countries in his remarks, but pointed to China’s growing influence in Africa when providing financing to “build sustainable and inclusive economies” with nations suffering from “full debt payments”. Discussed new US efforts to

He said he was working with Congress to approve investments totaling $55 billion in areas as diverse as rural development and outer space cooperation in Africa, stressing the importance of free voting, and government transparency, voter registration And used to strengthen constitutional reform.

Biden announced that the United States would spend that money on government programs in Africa over the next three years, in addition to the billions to be invested by private American companies.
He also announced $2 billion to strengthen food security on the continent and $165 million to help African countries hold peaceful and transparent elections next year. The election funding announcement came after Biden met with a small group of leaders from countries with big votes in the new year: President Felix Tshisekedi of the Democratic Republic of the Congo, President Ali Bongo Ondimba of Gabon, President George Maneh of Liberia They include President of Madagascar, Andry Nirina Rajoelina, President of Nigeria, Muhammadu Buhari and President of Sierra Leone, Julius Maada Bio.

In his meeting with the leaders, Biden reflected on the state of democracy in his own country after the January 6 attack on the US Capitol last year, when supporters of then-President Donald Trump violently forced Congress to certify the 2020 results. Tried to stop. The election, in which Trump lost to Biden. Nigeria, Africa’s most populous country with more than 210 million people, is already facing violent attacks in connection with its elections due in February. Congo is grappling with an increase in rebel violence in the east, which will complicate efforts to hold elections. Tshisekedi won power in 2019 in fractious elections in that country and the next elections next December will be crucial to consolidating his government.

West Africa has seen several coups in recent years, and Burkina Faso and Mali are currently ruled by military junta. With this in mind, the elections in Gabon and Sierra Leone will be milestones. There were anti-government protests in Sierra Leone this year over high inflation and discontent with President Bio, elected in 2018.

In Madagascar, with a history of coups and contested elections. President Rajoelina was elected in 2019, replacing the government with a military-backed junta. Rajoelina will try to strengthen her government and the country’s democracy in the elections.

The United States has already provided nearly $50 million in support to civil society and election commissions in Nigeria and the Congo.

President Macky Sall of Senegal, chair of the African Union, thanked Biden for his commitment to Africa. But he also said African countries face huge challenges, from growing food insecurity to improving the infrastructure needed to address the climate change crisis, but has held grudges against Zimbabwe for years over corruption and human rights violations. Expressing concern about the ongoing US sanctions, he said that it was time to lift the sanctions so that the nation could “fight poverty and underdevelopment.”

Biden will visit sub-Saharan Africa next year, the first US president to travel there in a decade.