The US is said to be irritated by Khan’s ‘independent foreign policy’: professor 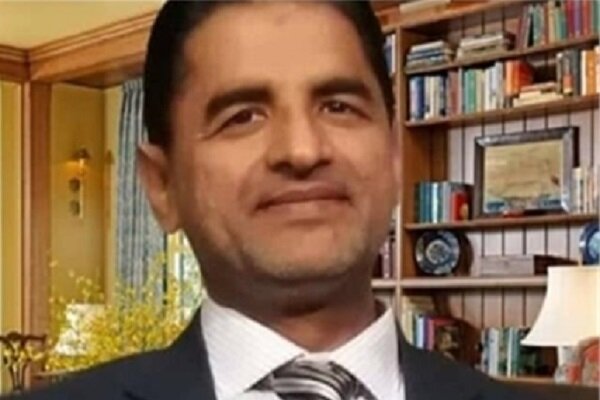 “The US is said to be irritated by Imran Khan over his ‘independent foreign policy’ and visit to Moscow,” Qandil Abbas told the Tehran Times.

Khan, 69, who has led the 220-million-strong South Asian country for three-and-a-half years, accuses Washington of supporting his removal from office because he visited Moscow against American advice. Washington has denied the charge.

“His allegation was based on a diplomatic cable received from the Pakistani embassy in Washington reporting on a meeting with the US Assistant Secretary of State for South and Central Asia Affairs, Donald Lu,” he noted. Qandil Abbas op.

“This cable apparently said that Donald Lu had warned that Imran Khan’s continuation in office would have repercussions for bilateral relations. “Khan claimed the opposition, teamed up with the United States to overthrow him, and declared the new setup an ‘imported government’,” the Pakistani professor added.

The following is the text of the interview:

Q: Pakistan’s Prime Minister Imran Khan has been ousted after losing a vote of no confidence in his leadership. What are the main reasons for such a decision?

A: According to opposition parties, a deepening economic crisis has contributed to dissatisfaction with Imran Khan, including double-digit inflation. However, Imran Khan and his team believe that part of the economic crisis was the situation they inherited from the previous government and another part of it was the result of COVID affecting economies around the world. Khan’s team believes that Pakistan’s economy, despite the disastrous COVID phenomenon, is well managed under Khan’s leadership.

“No prime minister has completed the full five-year constitutional term in Pakistan’s 75-year history.” Khan believes the real reason behind the collapse of his government is US conspiracy, as opposition parties have teamed up with the United States to oust him due to his move to independent foreign policy.

Q: Khan claims that Washington was behind a conspiracy to remove him from power. To what extent is this assertion true?

A: The history of allegations of US intervention in Pakistan is very long and from the first to the last Prime Minister of Pakistan, US conspiracies in Pakistan remained a heated debate. It is also a fact that the US administration has not been happy with Pakistan under Imran Khan’s leadership for more than three years. In particular, Khan’s antagonism against US drone strikes in Pakistan’s tribal areas as well as US defeat in Afghanistan made the US more irritated for Pakistan. In the end, Khan’s visit to China and shortly thereafter Russia angered the US and its Western allies for Imran Khan.

Imran Khan claimed that the move to overthrow his government was the result of a US conspiracy. His claim is based on a diplomatic cable received from the Pakistani embassy in Washington reporting on a meeting with US Assistant Secretary of State for South and Central Asia Affairs Donald Lu. This cable reportedly said that Donald Lu had warned that Imran Khan’s continuation in office would have repercussions for bilateral relations. The US is reportedly irritated with Imran Khan over his ‘independent foreign policy’ and visit to Moscow. Khan claimed opposition, teaming up with the United States to overthrow him and declaring the new setup “imported government”.

Q: Apparently the Pakistani army supports close ties with America rather than Russia. Given the army’s long role in Pakistani politics, do you see any attempt by the army to remove Imran Khan?

A: Although Pakistan’s foreign policy has always been considered pro-Western and more emphasized when Pakistan joined SEATO and CENTO and later the Afghan War, Pakistan expected it to support Western and American support against pro-Western policies. India but Pakistan have always been disappointed in this regard. Such disappointment is setting off trends of Pakistan’s civilian and military leadership towards the US. However, domestic trends of civil-military relations are quite different due to the unique political culture of Pakistan.

Director-General of Inter-Public Relations (ISPR) Major General Babar Iftikhar recently said that the Pakistani army has nothing to do with politics and martial law will never be introduced in Pakistan. He further added that the United States has never asked for bases in Pakistan. However, if such a request had been made, it would have been rejected.

Q: How do you assess the situation of the post-Imran Khan government?

A: Imran Khan declared the new setup as “imported government” and announced that his party would not accept it. He and his party members also resigned from membership of Parliament and they started street politics. This trend could pose serious challenges to the new government, which is already facing different and sometimes divergent strategies from allied parties. On top of that, economic issues are also very critical and the two biggest economic challenges that Pakistan is currently facing are high inflation and rapid depletion of foreign exchange reserves. Similarly, damage to Pakistan’s foreign policy must also be addressed by the new government.

Q: What do you think about the fate of prime ministers in Pakistan’s history?

A: No prime minister has completed the full five-year constitutional term in Pakistan’s 75-year history and now this trend has expanded with the removal of Imran Khan, who claimed there was a US-led conspiracy to to remove him due to his refusal to stand with Washington on various issues. On several occasions, prime ministers have been removed under various circumstances, including direct military coups, corruption charges and forced resignations due to infighting in ruling groups, even assassinations, etc. I believe until the time that Pakistan is economically weak, political instability and foreign intervention can not be avoided.

The governor of Arizona will not say transgender people exist