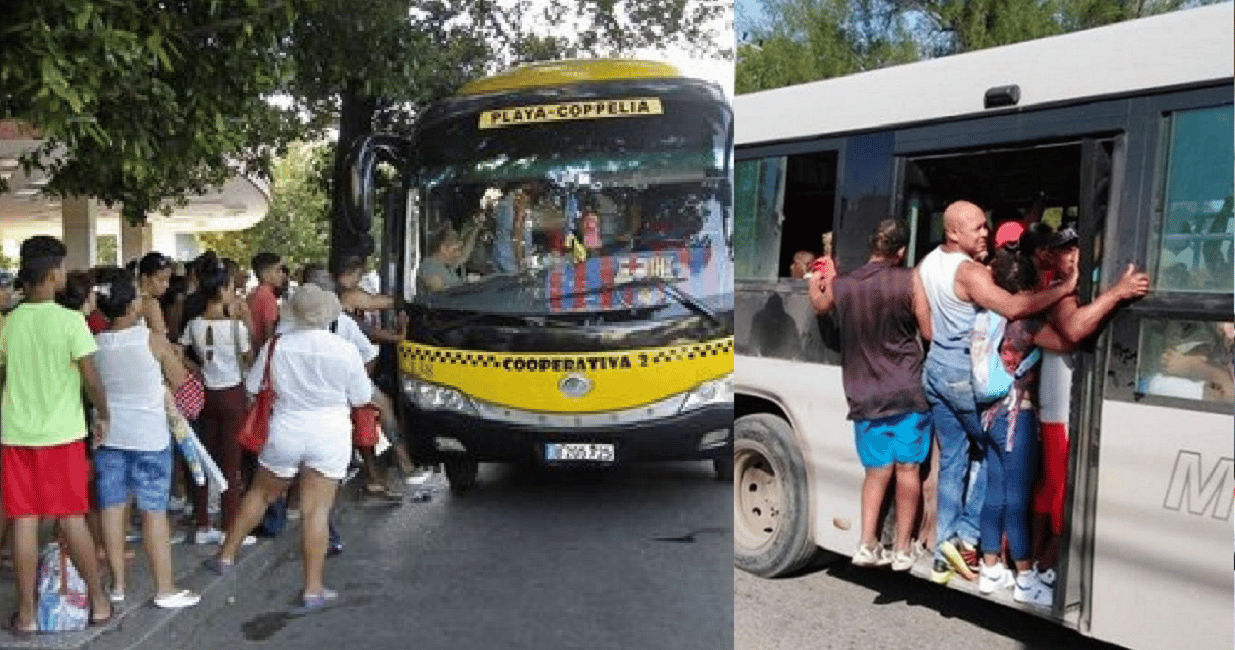 The Castro regime has no choice but to recognize the public transportation crisis the island is going through, with West Indians having no way to go to their jobs or go about their daily chores.

Communist Transport Minister Eduardo Rodríguez Dávila admitted that only 59% of the dictatorship’s purported transport plan was completed during this year 2022.

Castro’s representative said it was projected to carry 1,733 million passengers in 2022, 17% less than agreed before the coronavirus pandemic began in 2020, but that even this figure was not met, as it only transferred Was able to 1500 million passengers on public transport this year, according to a report by the official Cubadebate media.

The transport minister wanted to justify this inefficiency by saying that it was due to low coefficient of technical availability (CDT) of the vehicle fleet for public mobility in the country, fuel limitations and losses in transport companies.

Castro’s representative himself said that the transport companies do not have vehicles, as they have 42% of the technical availability coefficient and only 23% in some provinces such as Santiago de Cuba, 26% in Guantanamo and 30% in Pinar del Río. Is.

The lack of public transportation in Cuba is a problem that is years old, but the dictatorship does nothing to solve it, although every year it makes false promises that it does not fulfill, as in this case.

It is only the West Indians who pay the consequences of being so incapacitated, because they must figure out how to get around and do it on foot, because besides, paying for the ticket affects the income they earn. can be obtained for purchase. Meal.

It may interest you: Cuba complains to MLC for price hike in stores and asks for explanation

Cubans around the world are writing

Mini Hilux: Will the anti-maverick pickup in the future be called the Toyota Stout?

Infographic: 30 years after the Bosnian War