They announce an alert in several departments of France due to the danger of snow and black ice. 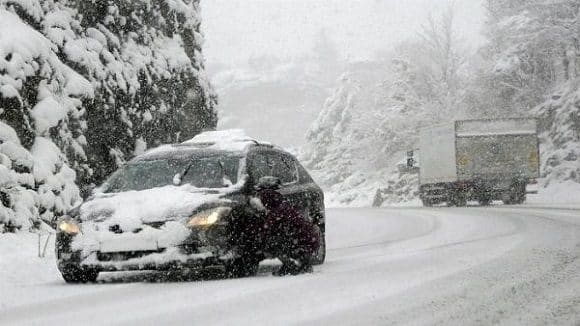 French meteorological agency Meteo-France declared an orange alert on Monday due to the threat of snow, black ice, avalanches and extreme cold in six departments in the south and east of that European country.

According to the meteorological bulletin, the departments of Allier, Rhône, Loire, Ain, Haute-Savoie and Saône-et-Loire were included in the second highest level of the emergency scale, because of the arrival of a disturbance following an episode of low Cause temperature.

The French meteorological agency also claimed that as of Tuesday, December 13, 40 departments, including the capital Paris, have declared themselves under yellow alert.

The organization indicated that the temperature on this day is between minus three and four degrees Celsius and the accumulated snow reaches between one and three centimeters.

Officials specified that the rain would be freezing rain during the early hours of 12–13 December, and would gradually be replaced by cooler rain.

In this sense, the risk of black ice should be monitored, as the thin layer that forms on the surface of roads is known to pose a risk of skidding events.

Local sources indicated that although an Orange Alert was established until the morning of Tuesday the 13th, vigilance would be maintained until 15 December due to the risk of snowfall in the plains of Brittany as far as Alsace.

Similarly, the day was overshadowed by the lifeless discovery of the body of a 24-year-old man who had died of hypothermia, having left a party at his home in Deneves in the early hours of the morning, and tried to walk some 20 kilometres.

Police media highlighted that he called a friend to pick him up in his car, but when he arrived he found that he had disappeared. After hours of searching, a gendarmerie drone found the body next to a tree.