They call for a national strike in several regions of Peru. 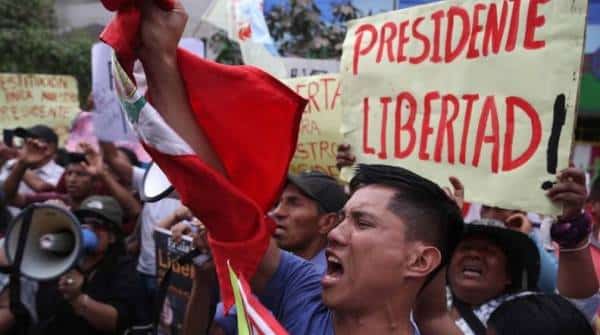 Social organizations, trade unions and indigenous movements have called for national strikes in various regions of Peru this Thursday, in disapproval of the government of Dina Boluaarte and in support of former President Pedro Castillo, reports Telesur.

Organizers of the crowd invited citizens to join the protest, despite the fact that the Peruvian government had declared a 30-day state of emergency throughout the country the day before.

In addition to expressing their disapproval of President Dina Boluarte, the protesters also demand the closure of Congress and the postponement of elections to next year.

The instigators of the national strike indicated that they expected mass mobilization in the regions of La Libertad, Arequipa, Lima, Cusco and Cajamarca.

According to official sources and the National Human Rights Coordinator (Cnddh), at least eight people have died as a result of the police suppression of the protests.

With regard to the issue of elections, the plenary meeting of Congress will on Thursday debate constitutional reform projects that would allow for general elections to be carried forward and reduce presidential and parliamentary mandates.

As it is a reform of the constitution, a qualifying vote (87 votes) is required in two assemblies or 66 votes and ratified in a plebiscite.

Mobilization in Peru began when Congress dismissed Pedro Castillo, after the former president announced the temporary dissolution of the unit, and Bolluarte was sworn in as president.

Sectors of Peruvian society have also gone to the headquarters of the Police Special Operations Directorate (Darios) to express their support for Castillo and demand his release.