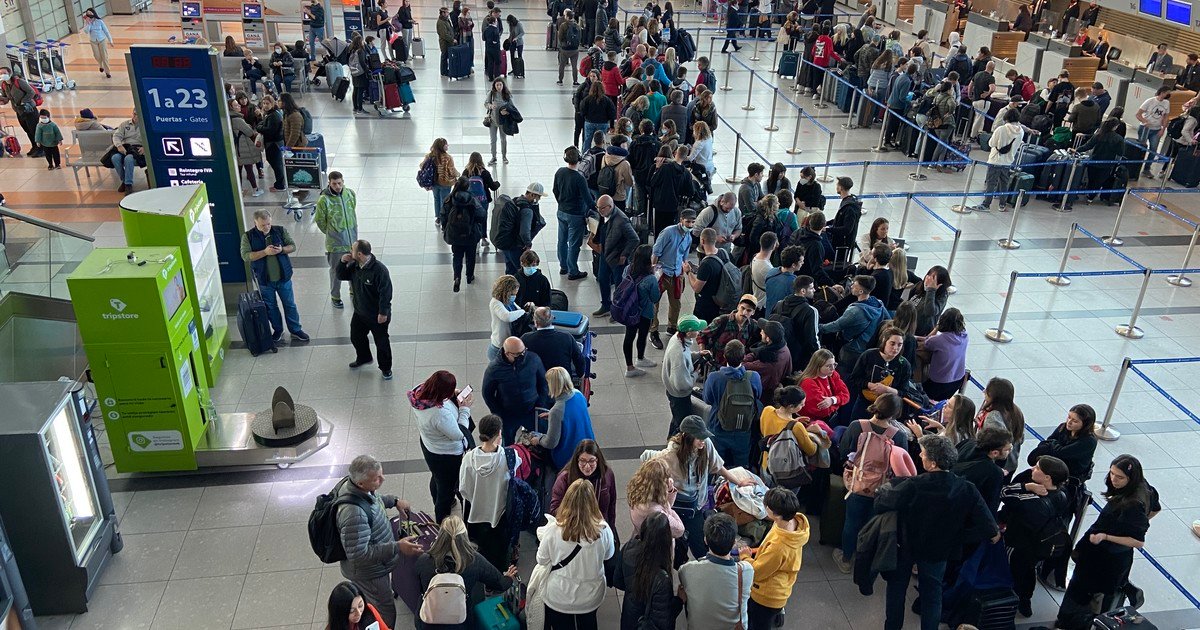 The measure promoted by ATE prevents the departure or arrival of flights at various airports in the country. At least a dozen Aerolineas Argentina’s operations were cancelled.

least a dozen flights canceled This Tuesday morning, both at George Newbery Airport and in Eziza, due to coercive measures by the Association of State Workers (ATE) demanding better pay.

The measure, promoted by the union of state workers, also affects operations at airports in the country’s interior, preventing departures or arrivals from those destinations in the early morning hours.

At Aeropark, three flights scheduled to leave for Jujuy had already been canceled this Tuesday, where a strike by air crews grouped in ATE-ANAC paralyzed all operations.

Two flights of the day to Formosa, one to Tucumán, the other to Rosario, one to San Luis and the other to Bariloche, were also cancelled. All for the force measures applied.

In Eziza, in turn, canceled three flights to Bariloche and one to the Rio Grande., While a flight to San Pablo and another to Porto Seguro is delayed due to other logistical reasons.

The measure was arranged by workers at a national plenary meeting, which brought together more than 50 delegates from across the country, and had an effect on services, causing cancellations and delays in some of the country’s airports.

The airlines that have been most impacted by the conflict and have suffered the most cancellations are: Aerolinas Argentinas, Fly Bondi and Jet Smart.

“In the case of airlines, the impact reaches 10 flights so far: one to San Luis, Rosario and Bahia Blanca, two to Formosa, three to Jujuy, and two to Rio Grande that had to be canceled due to a shortage of personnel. The rest of the flights went as usual. operates from”, was reported from the flag company.

Airports have moments of tension in the morning with hundreds of stranded passengers.

For now, the measure affects some flights of some companies, but it cannot be ruled out that the strike will lead to major changes in the schedule.

The force measure also affected the airports of Jujuy, Bariloche, Rosario, Bahia Blanca and Tucumán, where many activists are on strike in protest. i.e. “there is no staff” to do stopovers at airports.

The provisions of the assembly were informed on this Monday by the union of state workers and re-claimed before the national authorities. In his social networks he anticipated strikes and mobilization from the Ministry of Economy.

The state workers union demands an “emergency pay hike” from the government, reopen joint ventures “so they beat inflation” and comply with the move to a permanent plant for 30,000 workers in the region.