They confirm that it includes Delaware and South Dakota, that it reaches ultimate beneficiaries and that it already affects banks. 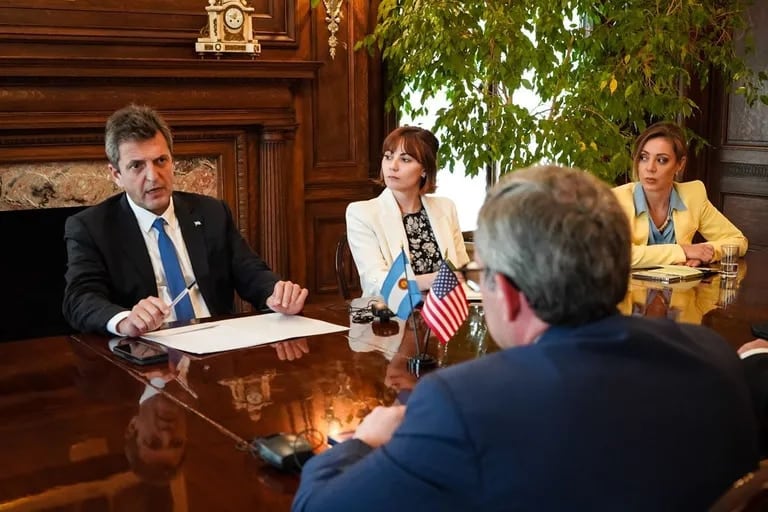 The government today sought to provide details on the agreement for the automatic exchange of financial information signed with the US: despite experts’ skepticism, it assured that it would reach the ultimate beneficiaries of Argentina’s accounts without declaring and retrieving them. will expire without confirmation. That would include “all the states” of the country, specifically Delaware and South Dakota.

Providing the details was Guillermo Michele, Director of Customs and Sergio Massa’s trusted man in tax matters. “Today, US banks do not open accounts for Argentines without announcement. Today, all the banks call the Argentine who does not have a declared account and ask him what he is going to do ”, Michel said in a statement to journalist Alejandro Fantino on Radio Neura. “This [por el acuerdo de intercambio] All 50 US states are included, including Delaware and South Dakota. It is an intergovernmental agreement.” Added.

Economy Minister Sergio Massa signed an agreement for the automatic exchange of financial information with US Ambassador to Argentina Mark Stanley at a ceremony at the CCK on Monday. In addition, he announced that he would send an anti-laundering bill to Congress, which he would seek to implement from January 1 to September 30.

“You had a bilateral agreement with the US which was on a case by case basis. AFIP had to ask the IRS (for the acronym in English Internal Revenue Service) ‘Give me Fantino’s account details’. It is now a massive exchange. This will be effective from January 1, 2023. We’re going to get massive amounts of information every year. Will get income, interest, dividend; Among other things, that they are being reported to AFIP”, Michel confirmed in a face-to-face conversation with the journalist.

He explained that America included the country in Foreign Account Tax Compliance Act (Fatca), a network created by that country because it had not entered into a multilateral agreement with the OECD. “I give you the information under my rules. With my computer system, with my terms. The AFIP people who manage the Fatka information work in an office with cameras.” Michel, who also said that the agency directed by Carlos Castagneto had to buy special software.

The official clarified that 68 exchanges with the US were scrutinized by AFIP (prior to Monday’s signing) and said they are “relevant amounts”. He also clarified that they are working on updating the volume of the Criminal Tax Law.

He then referred to the doubts that tax experts and experts currently have, who confirm that it will not be possible to reach the ultimate beneficiaries of some complex companies. “You have to open an account and they make you fill a form in a bank, which is w8 flame, That’s what the account holder does. If it is a company, the box must also be filled account holder [titular de cuenta], We will get all the information which is filled in the form of the bank. All information is going to come from W8, be it from his own head or from a company”, Michael added. “They won’t be able to escape us,” he concluded. However, he pointed out that if a person puts money in a safe deposit box in the name of another person, it is impossible to access it. “But, how many people have money in the bank and someone else signs it?”

Furthermore, it was clarified that when an Argentine sets up a company to hold US bonds, it must meet Form 1042-S Not paying as a resident in that country. When the stock exchange pays the coupon, it reports who receives the interest on the bond. Official sources said this information also goes to the IRS.

Tax experts confirm that IGA forms signed between the US and other countries (such as with Brazil) do not disclose information about the ultimate beneficiaries of foreign companies that have accounts open in the United States or with banks in that country. I have bank account balance. Owned by persons resident in Argentina.

A bilateral intergovernmental agreement was signed on December 23, 2016, between the governments of Argentina and the United States. It came into force on 13th November, 2017. It allows for the exchange of information that may be of interest to the administration and application of national laws relating to all national taxes administered by AFIP as well as to federal taxes in the United States. It envisages exchange of information for fiscal purposes in its three modes: on request, spontaneous and automatic.

For automatic exchange of information, the competent authorities must agree on the information to be exchanged and the exchange procedure. That’s what Massa and his team have talked about since their first trip to the US and what was signed earlier this week. The periodicity with which the information is exchanged is annual. Colombia and Brazil already have this modality in agreement with the United States.

The agreement will allow – every year, more precisely, on September 30 – to collect information on certain accounts opened by the United States in American financial institutions whose holders are residents of Argentina. Strictly speaking, the information that will come in is the identity of the account holder, the gross amount of interest, dividends and other income from a US source received by residents of Argentina in accounts in that country, sources familiar with the conversation estimated, although this is expected in the fine print. which has not yet been published.

Roman Abramovich told he should not be allowed to own Chelsea