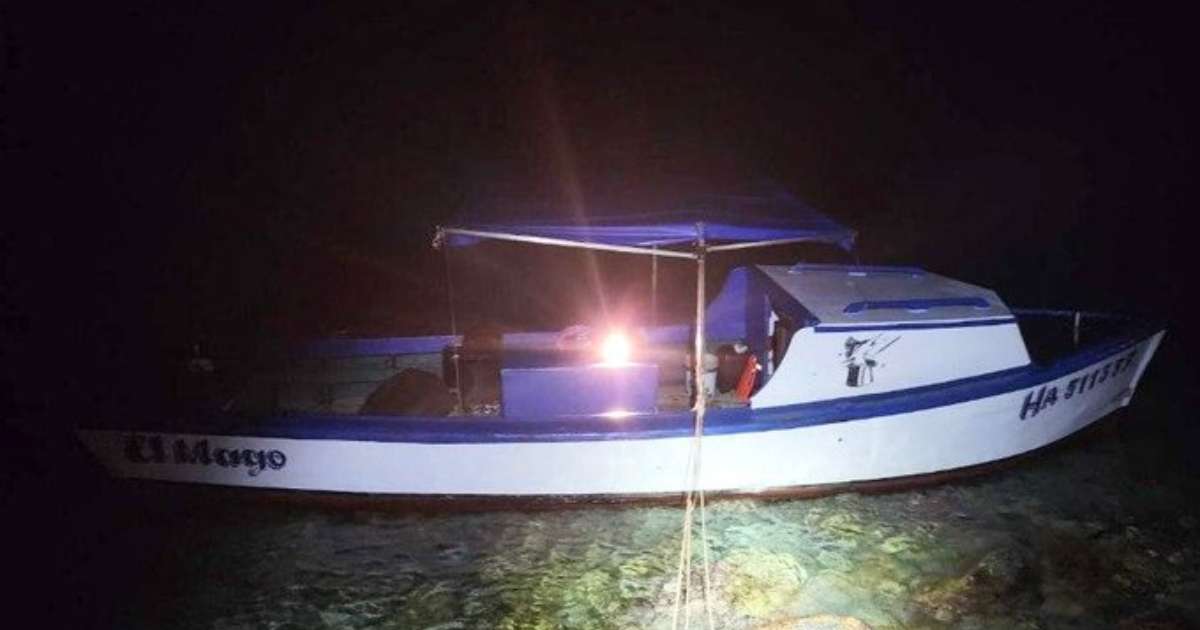 “Today, US Border Patrol agents, with the support of their partners, responded to three landings of migrants in the Florida Keys, where they encountered 37 Cuban Diaspora (32 adults, along with 5 minors)”, USBP’s chief for the Miami sector, Walter N. Slosser, said on Twitter on Tuesday.

In an unstoppable migrant flow, arrests and repatriations of Cubans seeking to reach US territory are reported daily, most in rustic boats.

These latest arrests come on the same day that the Coast Guard Reported to the United States (USCG) The arrest of two groups of Cuban rafters when they approached the Florida Keys in rustic boats.

The USCG Seventh District said on Twitter that the Cubans were taken into custody near Marathon Key on Monday night.

The source did not specify the number of rafters stopped in the water off Florida after three days USCG to repatriate 152 Cubans who tried to migrate irregularly through this route and same day A Dozen Cubans Were Stopped By Border Guard Troops At The Marine Area In Front Of The Malecón from Havana during his alleged departure from the country.

Since October 1, 2022, the Coast Guard has apprehended 2,982 Cubans at sea, most of whom have been apprehended. returning,

A little over two months into the current fiscal year (FY2023), this figure represents almost half the rafters Arrested in FY2022Which created a record and amounted to 6,182 migrants.

Also in this financial year so far Immigration fears have increased by more than 500% in South Florida, compared to the same period last year.

As of this December 11, less than three months after the start of the current fiscal year, officials reported 2,350 migrant detentions In that state’s south, according to data offered by the head of the USBP for the Miami area.

Although Officer Slossar provided no further data, it is not unreasonable to say that the majority of migrant detentions correspond to Cuban citizens, followed by Haitians, other migrants who enter US territory irregularly.

In addition, as per information, there was a 330% increase in maritime smuggling, with a total of 131 such operations intercepted by the authorities.