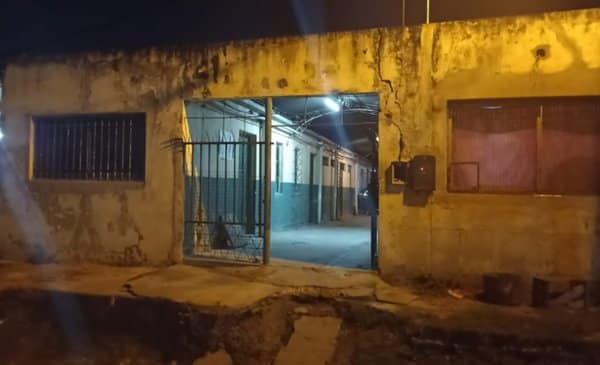 In a rented house in the Seminario neighborhood, a woman was found injured after being shot. While they investigate whether their former partner is related to the incident that occurred around 11:30 p.m. by 2700 on the postman route between the United States and Mexico.

The 42-year-old man was delayed at the same spot where the man with a wound in the abdominal area was and also confiscated a revolver which would be the weapon to be used.

The 43-year-old woman, who is a mother of nine children, was immediately helped and shifted to the Teaching Hospital, where she underwent surgery and was stabilized by doctors. He was in intensive care, where they await his development.

Police sources told El Litoral that the only person involved was found to have been separated from the injured woman for more than a year, but maintained constant contact.

Furthermore, among other antecedents, the male would have had a reason for sexual abuse and other acts of violence.

Officers from the Sixth Police Station were the first to arrive, after receiving a phone call informing the presence of an injured woman.

At the location that would be a studio-type tenancy, he commissioned a detailed report of the scene of events, which was presented to the prosecutor’s office and the court on duty.

Meanwhile, experts picked up fingerprints and took other samples that would be crucial to verify whether the man was related to the attack, which could eventually lead to charges.

A 32-millimeter caliber revolver is the key element in the investigation file and they want to confirm whether the shots came from that weapon.

It was also known that the room in which the injured man was found was messed up as a sign of conflict or fighting, which is also an indicator to direct the act of investigation.

Today, with the conclusion of the first reports, it will be known whether it was a suicide attempt or an attempted murder.