They genetically modify mosquitoes so that they do not transmit malaria 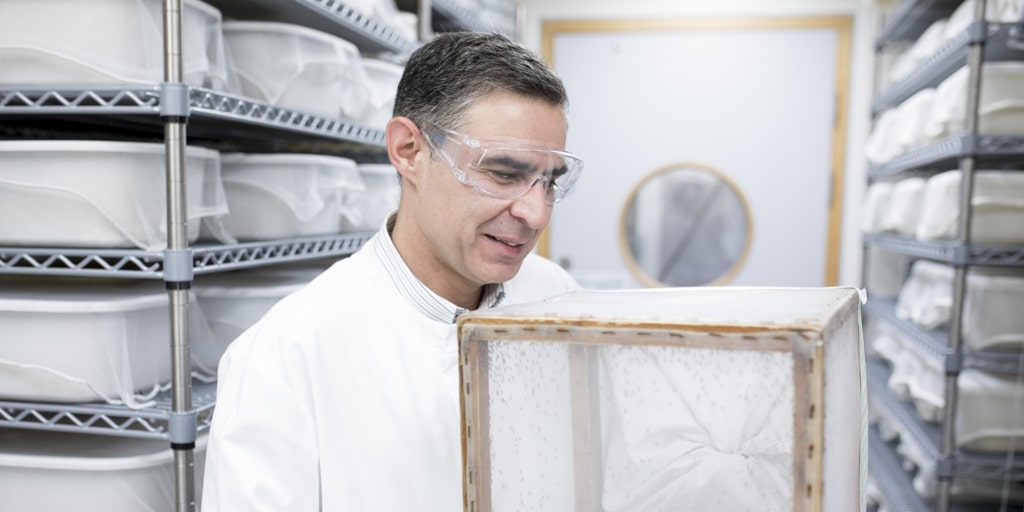 Malaria It remains one of the world’s most devastating diseases: just last year it infected 241 million and killed 627,000, mostly African children under the age of five. For this reason, scientists search from different options for the key to its eradication. One of them is to attack the source directly: the Mosquito Which infects humans by its bite. Now team researchers Transmission: Zero Imperial College London has managed to genetically modify these insects so that the parasites that cause it and nest in their intestines slow their growth, preventing transmission. The results have just been published in the journal ‘Science Advances’.

“Since 2015, progress in the fight against malaria has stalled. Mosquitoes and the parasites they carry are becoming resistant to available interventions, such as insecticides and treatments, and funding is at a standstill. We need to develop new innovative tools,” he says. tibebu hubtewaldfrom the Department of Life Sciences at Imperial College.

Mosquitoes acquire parasites from humans: when a woman (who only bite to obtain enough energy from the blood to produce their eggs) When bitten by a malaria-infected person, the parasite moves into the insect’s intestine, where it develops into its next stage. From there it travels back to the mosquito’s salivary glands, preparing the next prey for the mosquito bite.

However (fortunately), only about 10% of mosquitoes survive long enough for the parasite to be infectious enough. Now, what the team has achieved is to engineer mosquitoes whose intestines produce compounds that inhibit the growth of the parasites, meaning they are unlikely to reach the mosquito’s salivary glands and cause the insects to die. are transmitted by bite before.

The group genetically modified the main malaria-carrying mosquito species in sub-Saharan Africa: anopheles gambiae, Specifically, they achieved that, when the mosquito feeds on blood, it produces two molecules called antimicrobial peptides in his bowels. These peptides, which were originally found in honey bees and African clawed frogs, affect the development of the malaria parasite.

The presence of these substances delayed the developmental phase of the parasite by a few days, and the mosquito died before it could become infected. In addition, the researchers found that the life expectancy of genetically modified mosquitoes was shortened, further reducing their ability to transmit the parasite. “For many years, we have tried in vain to create mosquitoes that cannot be infected with parasites or that can eliminate all parasites with their own immune systems. has opened up many more opportunities to prevent the transmission of malaria to humans.” astrid hormannfrom the Department of Life Sciences at Imperial College and also an author of the study.

from lab to nature

This technique was highly effective in the laboratory. The next step would be to bring these modified mosquitoes into the wild. But this is no easy matter: these designed insects have to be abandoned so that through reproduction, the genetic modification spreads to the rest. However, because the mosquito’s lifespan is significantly shortened, it is likely that this change was thrown into a natural evolutionary process.

Still, science has more ‘tricks’: it’s possible to ‘promote’ Genetic Variation to ‘Prioritize It’ compared to other genes, so that this modification is preferentially inherited. The problem is that this is a very new technology that requires a lot of research. So the team is creating two different but compatible strains of modified mosquitoes: one with the antiparasitic modification and the other with the gene drive.

For now, the team has set up a facility in Tanzania to conduct some preliminary testing, including generating and manipulating genetically modified mosquitoes and collecting parasites from infected minors, “to ensure that the modifications are carried out in relevant communities.” Works against parasites that roam in.” », the authors indicate.

They are also evaluating the risk of releasing modified mosquitoes, as well as developing models in conjunction with the Institute for Disease Modeling. Bill and Melinda Gates FoundationTo estimate the potential effectiveness in nature. In fact, the foundation is an “old acronym” in the field of releasing genetically modified mosquitoes: over the years it has financed the British biotechnology company Oxitec, which engineered insects in So Paulo (Brazil), Panama, the Cayman Islands, Malaysia. have been distributed. And more recently (and in a highly controversial experiment) in the US.

“Our goal now is to test whether this modification can prevent malaria transmission using not only parasites that we have grown in the laboratory, but also parasites that have infected humans. If that turns out to be true, we will be ready to take our technology to field trials within the next two to three years.” Nikolai WindbichlerAlso an author of the study.

for its part, George Christophidesco-author of the research explains: “History has taught us that there is no silver bullet when it comes to malaria control, so we have to use all the weapons we have, discard the ones that don’t work.” Let’s generate even more. Genetic modification is one of the powerful tools that, in combination with drugs, vaccines and mosquito control, can help stop the spread of malaria and save human lives.”

Australians warned not to eat, drink or smoke before rapid antigen tests

The suspect, who hit the Minneapolis compound, fatally shoots the man who tried to stop him and then tries to steal the car.

Deborah James health: ‘I knew something was wrong’ – star at first signs of cancer