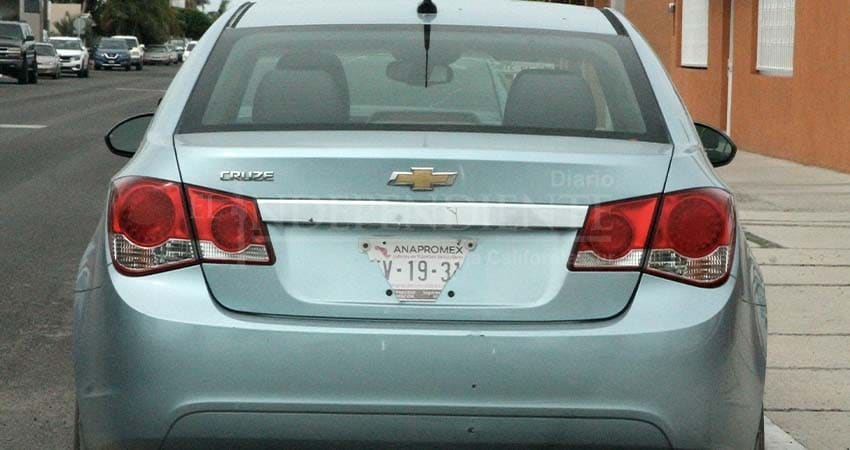 La Paz, Baja California Sur.- The day before the expiration of the presidential decree on the regularization of cars of foreign origin, regardless of import, the so-called “chocolate” cars, the extension of the corresponding decree was announced in Baja California Sur ( BCS) and for regularization of foreign origin cars by March 31 in the other 10 states where the decree is being implemented.

It was the ship’s captain Luis Alfredo Cancino Vicente, the state’s Secretary of Public Security, who reported the detail and it was confirmed by Lita Arango García, director of the Public Vehicle Registry (Repuve) in the unit.

The state official said the registration of chocolate cars had expired on December 31 and will now be given a second extension for three more months by a presidential order.

Regarding units that begin with a letter and cannot be regularized, he remarked that there is no information in this regard, and he insisted that they were not included in the decree because they were not among those units. Assembled in countries that are not part of free trade agreements in force with the United States and Canada.

Cancino Vicente stressed the importance that all moving vehicles are registered and nationalized, as he added that security is strengthened for all citizens.

For his part, the state’s governor, Victor Castro Cosio, welcomed the decision of the President of the Republic, Andrés Manuel López Obrador, to extend the decree for the regularization of vehicles of foreign origin until March 31, 2023.

Castro Cosio recognized the President of Mexico’s vision to benefit those who need it most, indicating that Baja California Sur has sufficient staff and infrastructure to sustain its operations.

In this sense, he pointed out that so far 25,000 vehicles have been regularized in the unit, which has allowed the dispersal of resources in the order of 52 million pesos, which are applied to improve roads in 5 municipalities.

Lionel: The government is suffering a lot from officials who are thinking about how to profit