They identify who stabbed 3 in a California hospital 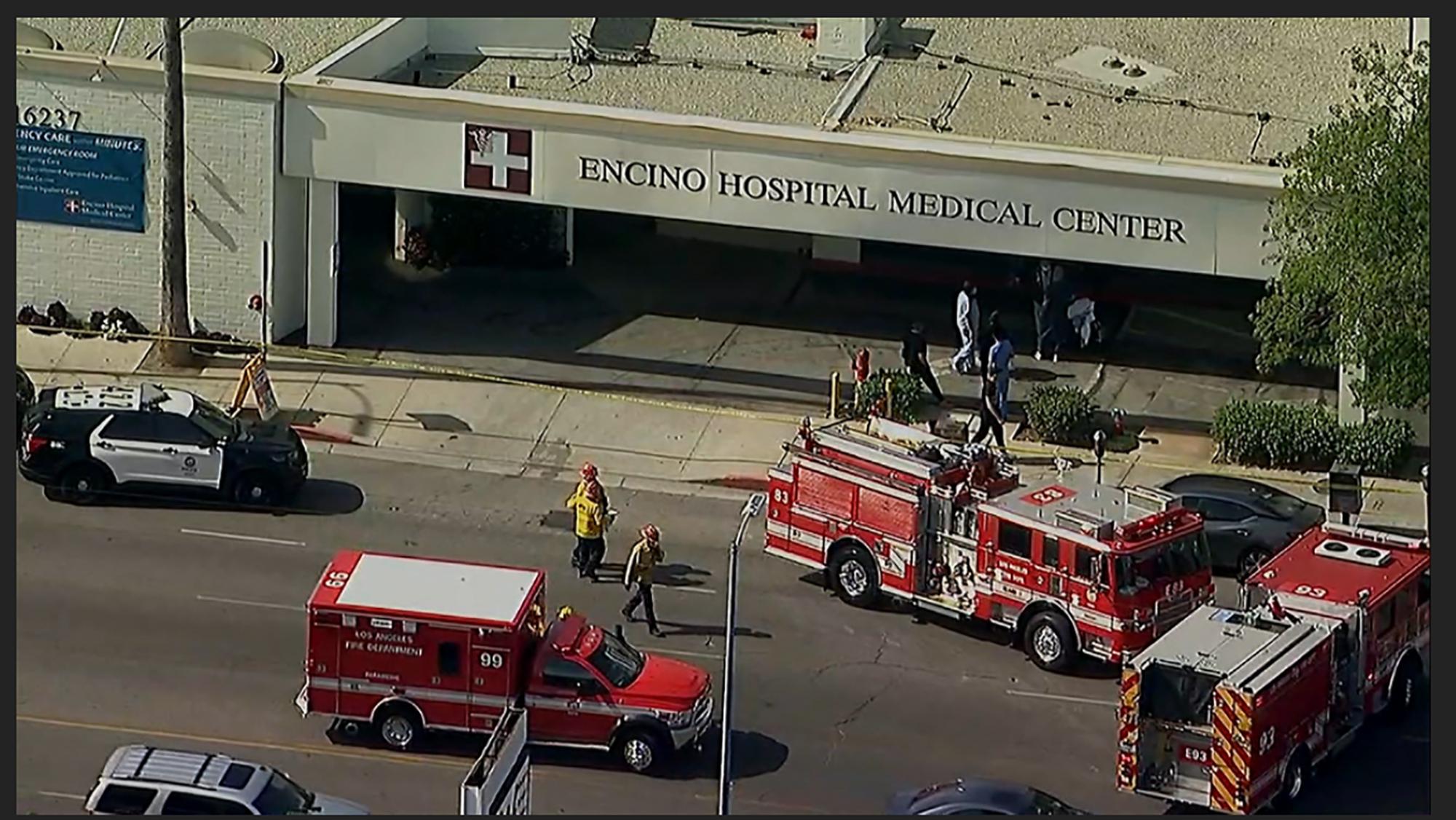 Police on Saturday identified the man who allegedly stabbed a female doctor and two nurses inside a Southern California hospital emergency room and remained inside a room for hours before police arrested him.

Ashkan Amirsoleymani, 35, has been booked on three counts of attempted murder related to Friday’s attack, the Los Angeles Police Department reported on Twitter.

He is being held on $3 million bail. It is not immediately known if he has an attorney who can speak on his behalf and the district attorney’s office did not respond to an email asking if charges had been filed.

The suspect had parked his car in the middle of a street and entered the emergency room, where he asked to be treated for anxiety before assaulting staff, authorities said.

All three victims were taken to a trauma center in critical condition, fire officials said. Police later said one of the wounds was critical and underwent surgery. All three people were later reported in stable condition at Dignity Health Northridge Hospital Medical Center.

The first floor of downtown Encino and some nearby offices were evacuated, police said.

There was no evidence that the man — who was later identified as Amirsoleymani — knew the victims, Los Angeles Police Deputy Chief Alan Hamilton said at a news conference on Friday.

The assailant remained inside the medical center for about two hours while members of the elite SWAT police command tried unsuccessfully to negotiate with him before his arrest, according to the police.

No one else at the hospital was injured and other patients were able to be treated, according to Elizabeth Nikels, a spokeswoman for Prime Healthcare, which runs the Encino hospital.

Amirsoleymani was later transferred to another hospital to receive treatment for self-inflicted injuries to his arms, according to authorities.

Hamilton disclosed that he had a long criminal history, including two arrests last year for assaulting a police officer and resisting arrest.

Parham Saadat, a dental hygienist who works nearby, told the Los Angeles Times that he and his co-worker ran across the street to help the victims.

“There was blood all over the flat, blood in the rooms, blood on the stretcher the doctor was lying on,” Saadat told the newspaper. “It was a bloodbath.”

Saadat added that he closed a storage room door behind the suspect to keep him inside and was only startled when they made eye contact.

“He just very calmly turned his face and looked at me through the window, then turned his head again. No reaction,” she said. “That’s where she affected me.”

Benjamin Roman, an ultrasound technician, told KNBC-TV that before the stabbings he saw the man, who was accompanied by a dog and may have been drugged because he looked anxious and was drenched in sweat.

After the hospital issued an “internal triage” code, Roman said he saw a doctor and a nurse who had been stabbed.

“It seemed that the doctor was in pain,” he said. “There was a lot of blood and it looked like … she might have hit her in the abdomen.”

“His focus remained on the safety of staff and patients,” he wrote.

The attack came just two days after a man shot four people to death and then killed himself at a Tulsa, Oklahoma hospital. The assailant safely entered a Saint Francis Hospital building a few hours after purchasing an AR-type rifle, authorities said.

The assailant killed his surgeon and three other people in an office. He blamed the doctor for the pain he was experiencing after a recent back operation.