They register more than 9,000 people displaced in South Sudan due to conflict 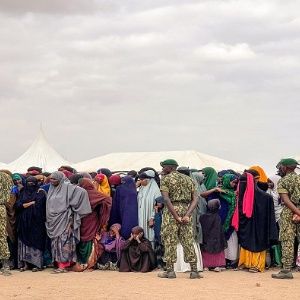 The United Nations Office for the Coordination of Humanitarian Affairs (OCHA) in South Sudan warned on Wednesday that at least 9,100 people have been displaced following a recent surge in violence in Fashoda county in Upper Nile state.

Through a statement, the unit said clashes between rival groups that began last November have resulted in rape and abduction of women and children and other crimes.

“The humanitarian community in South Sudan is appalled by the ongoing violence, which is having a devastating impact on the lives and livelihoods of vulnerable populations,” said Pieter Van der Ouwert, coordinator of humanitarian aid in the African country.

According to OCHA estimates, more than 2,300 people have arrived at the Malakal Civil Protection Center since the beginning of the crisis, and at least 75 percent of the newly displaced are women and children.

The agency reported that food, water and hygiene products have been distributed to some 21,000 vulnerable people in Alto Nile since last September.

However, he warned that persistent insecurity hinders humanitarian partners’ ability to help thousands of people.

It warned, “In some areas, violence has led to relocation of humanitarian aid workers, looting of humanitarian facilities and supplies, and restrictions on movement in Fashoda and Manyo counties.”

A few months ago, the country’s President Salva Kiir called for peace and an end to the conflict between neighboring regions such as Jonglei and Unity.

Galaxy Opportunity for Errors Shrinks Due to Losing in Kansas City