They stole over $11,000 from a man who was buying an apartment 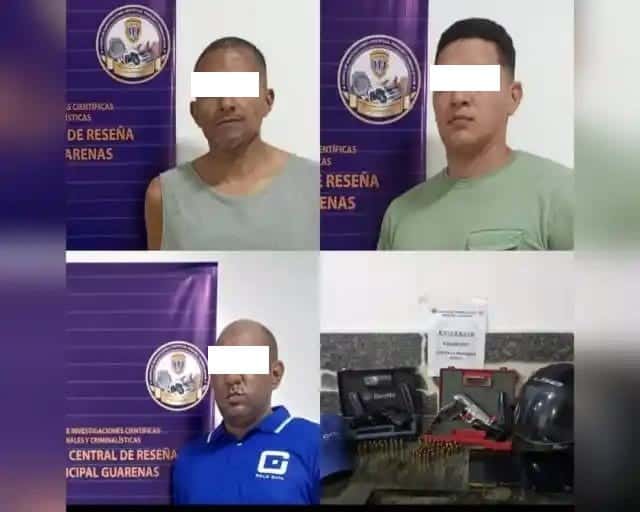 Detectives continue to investigate as they seek to determine the authorship of a fourth intellectual involved.

A commission from the Municipal Delegation of the State of Guaranés, Miranda, captured the three subjects after reporting thefts totaling $11,850, which were meant for the purchase of an apartment.

The detainees acted violently against a civilian who was on his way to acquire a property and had an amount in foreign currency.

According to police information, the defendants were aware of the purchase and appeared at the site with firearms, so they overpowered the victim and then fled with the money in a car.

Officials of the Investigative, Scientific, Penal and Forensic Corps (Cicpc) acted on the complaint and took up the investigation.

The arrests of the suspects were reported by Cicpc director Douglas Rico, who noted the seizure of two firearms.

Rico pointed out that pistol-like weapons were used to execute the criminal act. In addition, 63 rounds of ammunition, five chargers, two boxes and four telephones were collected.

“It should be noted that the investigation is ongoing to determine the intellectual authorship of the fourth individual, as he was aware of the conversation,” the official said on Instagram.

The matter was dropped on the orders of the Ministry of Public Affairs.

The Grand Miami Beach hotel and its history may be demolished