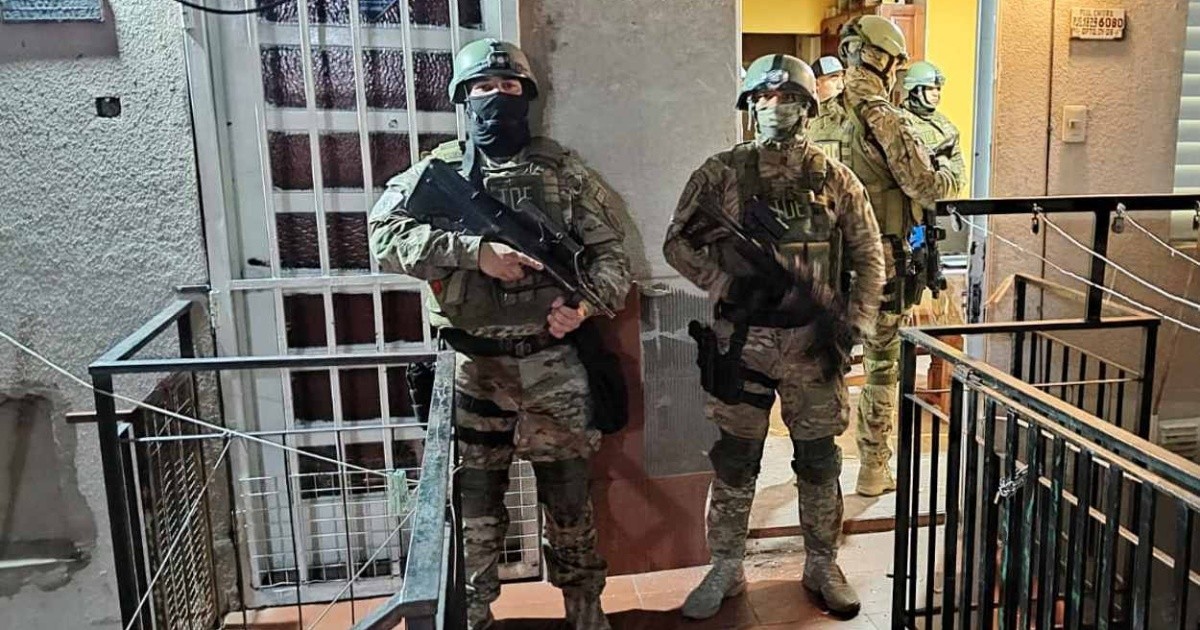 In the midst of a raid on a house in the West Region, a man Broke the window glass and threw a brick full of gun, scales and drugs that the policemen believed it was marijuana but it turned out to be 1.2 kg of cocaine, i.e. of much higher value on the market.

The procedure was performed this Wednesday by Special Operations Troop (TOE) at 6000 in a house in Pasoti.

According to official sources, when TOE agents ransacked the place, the man who was arrested and denied communication, Juan Ramon A., 39 (along with Glenda C., 27), found a gun, scales and A brick of mass 1.2 kg is thrown. Cocaine out the window.

In other houses, for example in Benito Rodríguez at 6200, there were Other raids involving relatives of those arrested were conducted and cell phones and pen drives were seized.

In another TOE raid conducted this Wednesday, The agents arrested Sergio B., who was wanted for “felony murder”.

The suspect had an arrest warrant from the Public Prosecutor’s Office (MPA) for three months of investigation. The policemen were closely following his tracks and were already close to arresting him, but he escaped through the rooftops.