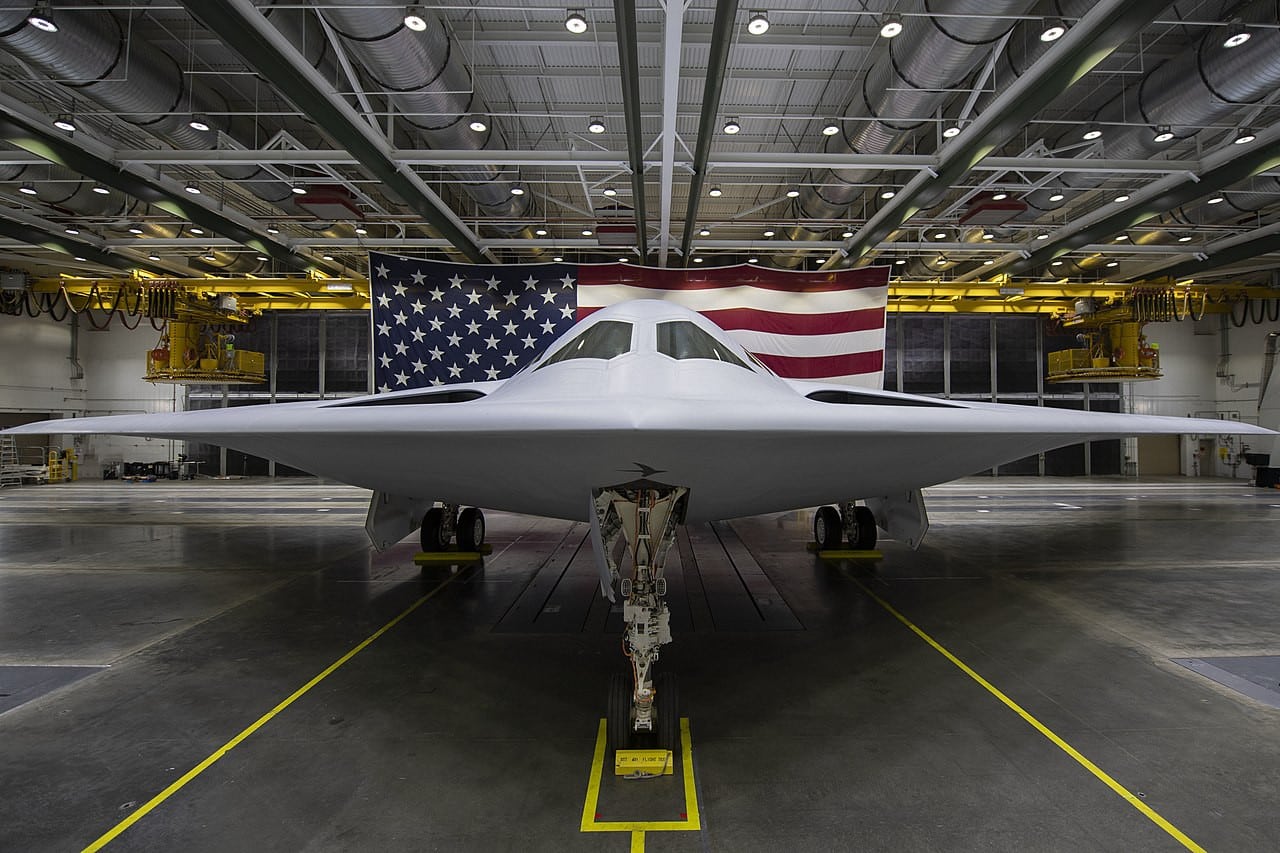 undercarriage B-21 RaiderThe first bomber that America developed in 30 years has already fallen. We already have the first views of this device commissioned by united states air force ,USAF) One northrop grummanOf which since 2015, when it received a contract worth $80,000 million, it could only be seen in the image released by the manufacturer, and the first thing that attracts attention is the white color of its fuselage, Because the sizes were estimated to be fairly similar B-2, Beyond the shape of its flying wings, which both models share, the new device, for which the company’s vice president and general manager, Dough YoungQualifying as “the most advanced military aircraft ever built,” it holds a series of keys, of which the builder highlights a dozen.

First of all, Northrop Grumman refers to its quality as a military aircraft of the sixth generation. At this point, the producers point out that B-21 Raider, which he defines as the next evolution of the Air Force’s strategic bomber fleet, benefits from more than three decades of stealth and strike technology. The aircraft is equipped with “next generation stealth technology, advanced network capabilities and open architecture systems.” It is a model “optimized for high-end threat environments” that will play a key role in helping the Air Force accomplish its most complex missions.

Stealth is another essential feature, which will help Northrop Grumman’s bomber “defeat the area denial and anti-access systems it encounters.”

The device has been envisioned as the backbone of future US air power, forming the third key as indicated by the manufacturer. aim of B-21 To deliver a new era of capability and flexibility through advanced integration of data, sensors and weapons. It will be capable of carrying both conventional loads for this type of aircraft and nuclear. “It will be one of the most effective aircraft in the sky, with the ability to use a broad mix of standby and direct attack weapons.”

half a dozen on the go

It also highlights its quality as a digital bomber. Essentially this is because it employs agile software development, advanced manufacturing techniques and digital engineering tools to help reduce risk and enable modern continuity practices. currently there are half a dozen B-21 Raider In various stages of final assembly and testing at the Northrop Grumman plant in Palmdale, California.

The fifth important element is related to the presence of cloud technology. In developing the new aircraft, Northrop Grumman and the Air Force migrated data from ground systems to cloud environments. This operation constitutes a performance which includes the development, implementation and testing of the relevant data B-21, including its digital twin, which will support the operation and maintenance of the aircraft. “This solid cloud-based digital infrastructure will result in an aircraft that is easy to maintain and sustainable with low-cost infrastructure,” assures the manufacturer.

Open architecture is the sixth key. To deal with the ever-changing threat environment, the tool has been designed from the ground up to accommodate rapid updates. Unlike the previous generation model, B-21 Blocks will not go through the update. New technologies, capabilities and weapons, as they appear, will be seamlessly incorporated “through agile software upgrades and built-in hardware flexibility”. thus aggressor It will be able to face at all times new threats that may arise during the next decades.

The constructor cites among its achievements the configuration of a national team formed since the award of the contract in 2015, and which in total brings together more than 400 suppliers from 40 US states and more than 8,000 people, including partners Professionals are also included. Industry and the USAF are participating in the project.

The eighth key that new aircraft have is the one that comes from the maintenance side. “Long-term operation and sustainable affordability have been a priority of the B-21 program since its inception.” The manufacturer equates the stealth performance of the aircraft with this feature “to ensure that we are driving more economical and predictable operation and maintenance results.”

any target anywhere in the world

for developers aggressor It is appropriate to support a US deterrence strategy with a global reach. In addition to its advanced long-range precision strike capabilities, which will give combatant commanders the ability to engage any target anywhere in the world, the aircraft is also designed as a key component of a larger family of systems that provide intelligence , will provide monitoring. and reconnaissance capabilities, electronic attack and multi-domain networks.

Finally, Northrop Grumman wanted to remember that the name of the aircraft, aggressorwhich in English means attacker, is a tribute to the one known as dolittle redin which 80 airmen took part in World War II who boarded planes that bombed Tokyo B-25 Mitchell In response to the Japanese attack on Pearl Harbor.