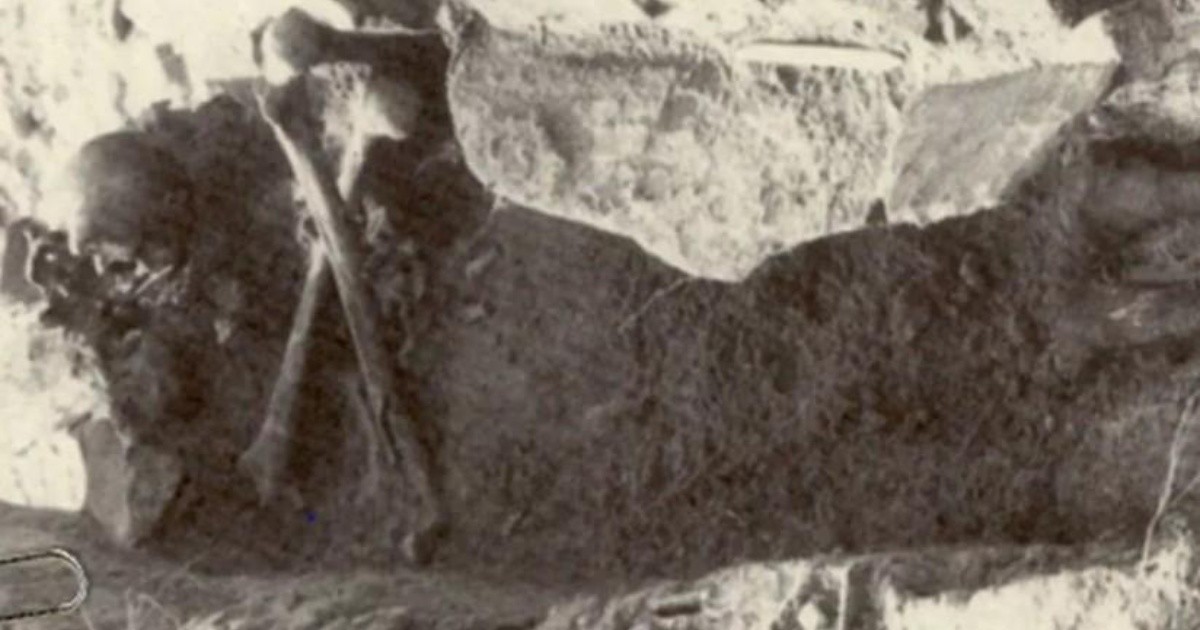 Farmer John Barber died of tuberculosis in the state of Connecticut in the early 19th century, but superstitious locals They thought he was a vampire and mutilated his body by burying him.

The identity of the deceased remained a mystery since His grave was discovered in 1990 near the town of Griswold. When he died he was a middle-aged man suffering from tuberculosis, a widespread and fatal disease in the early 19th century.

The experts concluded that the local people They considered him a vampire and excavated the corpse. The scientists realized this from the unusual arrangement of the bones, which indicated that the postmortem of the deceased was mutilated. According to experts, those who buried him believed that he would not be able to come out of the grave like this.

Not John Benders, but definitely a lot of JBs and John Bs! “The Grave of John” is the likely resting place of a man named John Benson, and the name ‘Griswold the Vampire’ in the whistle was probably John Barber. (Not sure about JB in the second picture but the skull and epitaph are gorgeous.) pic.twitter.com/njtLlOtlw5

“The femurs were torn apart and bent transversely” [en forma de cruz] on the chest”, explained Alain Gretek, director of bioinformatics at Parabon NanoLabs, whose experts collaborated with military experts to study the remains. “That way he could not rise from the grave and attack the living.”

An earlier article published by the National Library of Medicine in 2019 showed that the coffin of a “Connecticut vampire” had brass studs reading “JB55”.

In 2019, scientists extracted the man’s DNA and now, more than 200 years after his death, they found it was a poor farmer, John Barber, who was probably died of tuberculosis at the age of 55, To make sure the DNA was taken from the right person, the scientists compared it with the DNA of the remains of a relative buried nearby. “We established that they were third-degree relatives, or first cousins,” explained the scientist, as published in Live Science.