This New Year’s Eve, cold, rain and hail are expected in most of Mexico 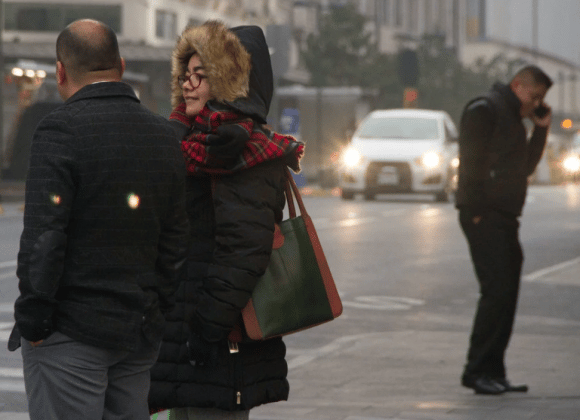 For this New Year’s Eve in Mexico, the climate that is predicted by National Meteorological Service (SMN) These will be low temperatures, as well as strong rain and winds in the northwestern and southern states of Mexico.

The agency relying on the National Water Commission (Conagua) reported that for this New Years Season in Mexico Frost is expected in the mountains of Chihuahua, Durango and upper parts of Aguascalientes, Baja California, Coahuila, Sonora and Zacatecas.

In addition, snow or hail is expected at altitudes above 3,500 meters above sea level. States of Mexico, Puebla, Tlaxcala and Veracruz.

Similarly, the entry of moisture generated by the subtropical jet stream will lead to precipitation Guerrero and scattered rain in Chiapas, Mexico City, State of Mexico, Morelos, Oaxaca, Puebla, Tlaxcala and VeracruzWhile the ingress of moisture from the Caribbean Sea will bring isolated rains over Quintana Roo.

May interest you: Benedict XVI dies in Vatican monastery aged 95

During this Saturday night and the early morning of January 1, 2023, a new cold front that will enter the northwest of the Mexican Republic, and the polar jet stream will cause heavy rain in areas of Baja California, with wind gusts of 60 said unit and 70 kilometers per hour (km/h) in the Gulf of California, along with possible dust storms in Chihuahua and Sonora.

The minimum temperature on Saturday morning with frost from -10 to -5 degrees Celsius: The mountainous regions of Chihuahua and Durango.

The minimum temperature on Saturday morning with frost from -5 to 0 °C: The mountainous regions of Baja California, Sonora, Coahuila, Zacatecas and Aguascalientes.