Three inmates who escaped from Missouri jail are back in custody: Officials 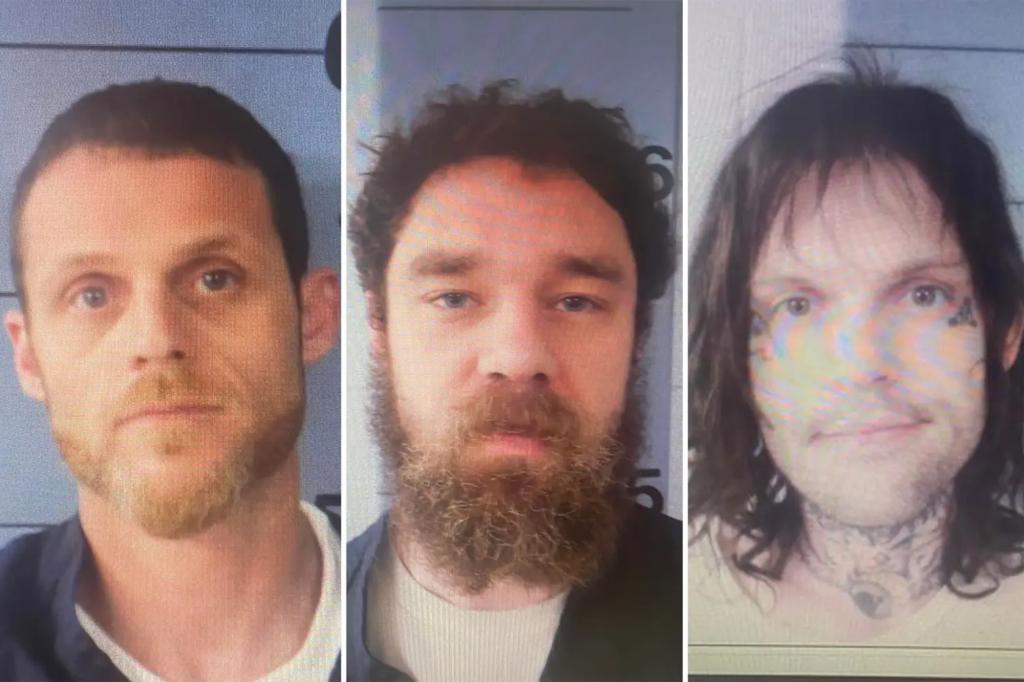 Officials said three inmates who escaped through a hole in the ceiling of a Missouri prison have been caught.

Lance Justin Stephens, who had been on drug charges since early May, was one of three “armed and dangerous” inmates who escaped from the Barry County Jail on June 3. According to the sheriff, he was taken into custody late Tuesday near San Antonio, Texas. Officer.

Matthew Crawford, 29, who was charged with theft in late April, was arrested again on Monday in Springfield, Missouri. According to the Barry County Sheriff’s Office, a third inmate, 37-year-old Christopher Blevins, who was booked on gun and drug charges, was captured on June 8 near Casper, Wyoming, about 1,000 miles away.

KYTV reported that deputies found Crawford hiding in a shed in Springfield, where he was unarmed and had no ties to the homeowner.

Caught in Mills, Wyoming, Blevins was seen hopping into a stolen truck with a passenger, which ended in a police chase when he drove off the road, according to the station.

Investigators said the trio cut a hole in a roof and made their way to a water heater storage area before exiting through an exit door. They then stole a truck and later dropped it near Salina, Kansas, where they went their separate ways, KYTV reported.

According to KOLR, the US marshals joined the search operation several days after the escaped prisoners.

A Texas prisoner escaping a day after being separated from a prison transport bus three weeks ago was killed in a shootout with police when he allegedly killed a grandfather and his four grandchildren.

Economy 2021: A disruptive year for the world economy