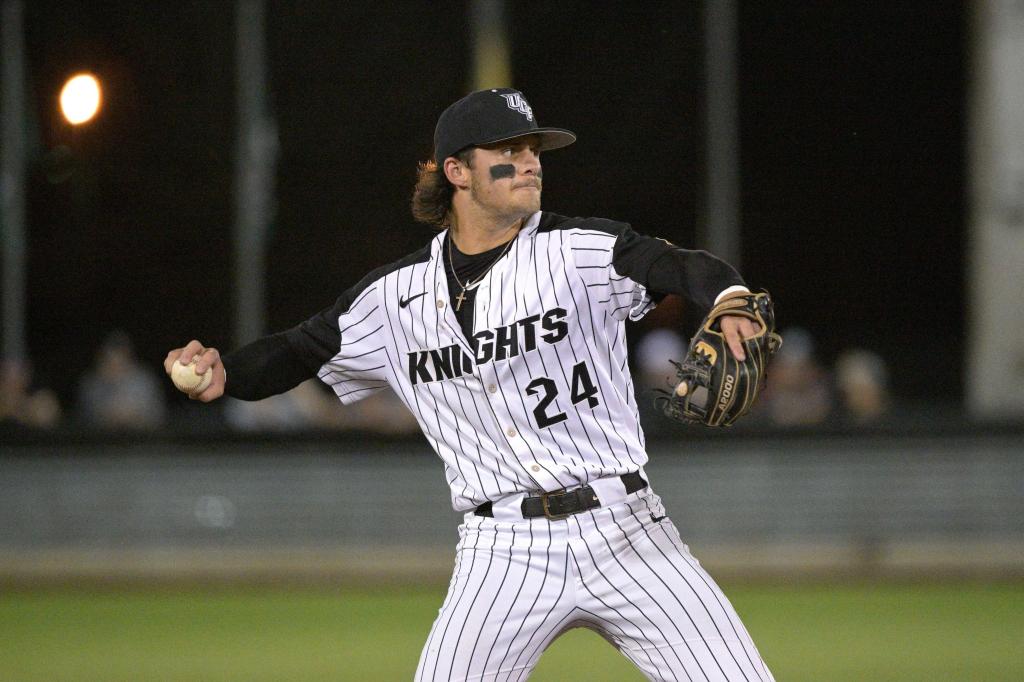 Three UCF baseball players heard their names on Monday during the second day of the MLB Draft.

Sophomore infielder Alex Freeland was ranked 105th overall in the third round by the Los Angeles Dodgers to become the most draft knight since Eric Skoglund in 2014.

Two rounds later, a pair of UCF pitchers were taken with back-to-back picks.

The Kansas City Royals took on left-handed redshirt sophomore Hunter Pattison in the fifth round with the 145th overall pick.

The selections mark the first time that UCF Baseball has chosen at least three players in the opening five rounds of a single MLB draft since 1998.

All three suffered injuries this past season, with Freeland only playing in 42 of UCF’s 60 games.

The Cape Coral native scored 11 home runs and .282 this past season with 38 RBI to go with while batting. As a freshman a year ago, he finished second in the team with 10 doubles.

Pattison started all 7 games in which he posted an ERA of 1.82 in 29.2 innings. He was called off for the season at the end of April due to an injury.

With a 2-1 record, the Vero Beach native has dismissed 41 batsmen in the year.

After transferring to UCF from the University of Maryland, Steyn made 51 strikeouts in his 43.1 innings of work.

The final day of the draft, which includes rounds 11-20, will begin at 2 pm on Tuesday.

Barr could help Parsons sacks in the Cowboys

Auroville on the move to become a constitutional republic