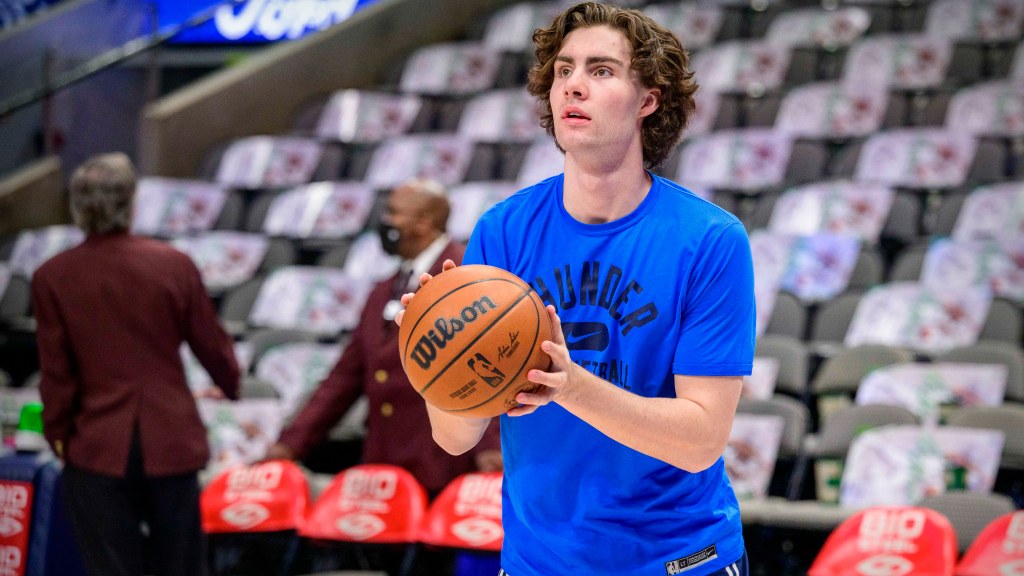 The impressive rookie campaign by Oklahoma City Thunder guard Josh Giddey came to an end in February, but the sixth pick impressed many along the way, including general manager Sam Presti.

In 54 games, Giddey averaged 12.5 points, 7.8 rebounds and 6.4 assists on 41.9% off the field shooting. He led the rookie class in assists and even became the youngest player in history to score a triple at 19 years, 84 days.

He was just the second newcomer ever to score three consecutive triples.

Giddey last appeared in a match on February 24, but was eventually ruled out for the rest of the season due to a hip injury. The team has finally had little time to get him back in action this season, but he is on course to play in the summer league.

Despite not playing the piece, Presti was impressed by Giddey.

I think Josh Giddey is a good player. I think he exceeded most people’s expectations given his age. He is younger than many guys who are going to be selected this year. He is a very, very fast learner. His pace of learning, I think, surpasses his results.

I think Josh is learning fast. From game to game, how people guard him. If we play them again, and they try to do the same thing, he’s ahead of it. But you also saw it in his play the year before (in the NBL).

Giddey has been named Western Conference Rookie of the Month four times this season, but was not among the three finalists for Rookie of the Year. However, he appears to be a lock to place on one of the All-Rookie teams, based on some early voting results.

The season by Giddey has certainly given the Thunder much hope for the future. Presti has admitted Giddey is going to face some tough regions, like most young players, but the team can see that he is a player they can build on in the future.

Giddey filled the statistics sheet all season and emerged as one of the top rookie players. He set up a few sample numbers throughout the year and had his name there at an elite company. With Giddey around, the future looks bright for the Thunder.