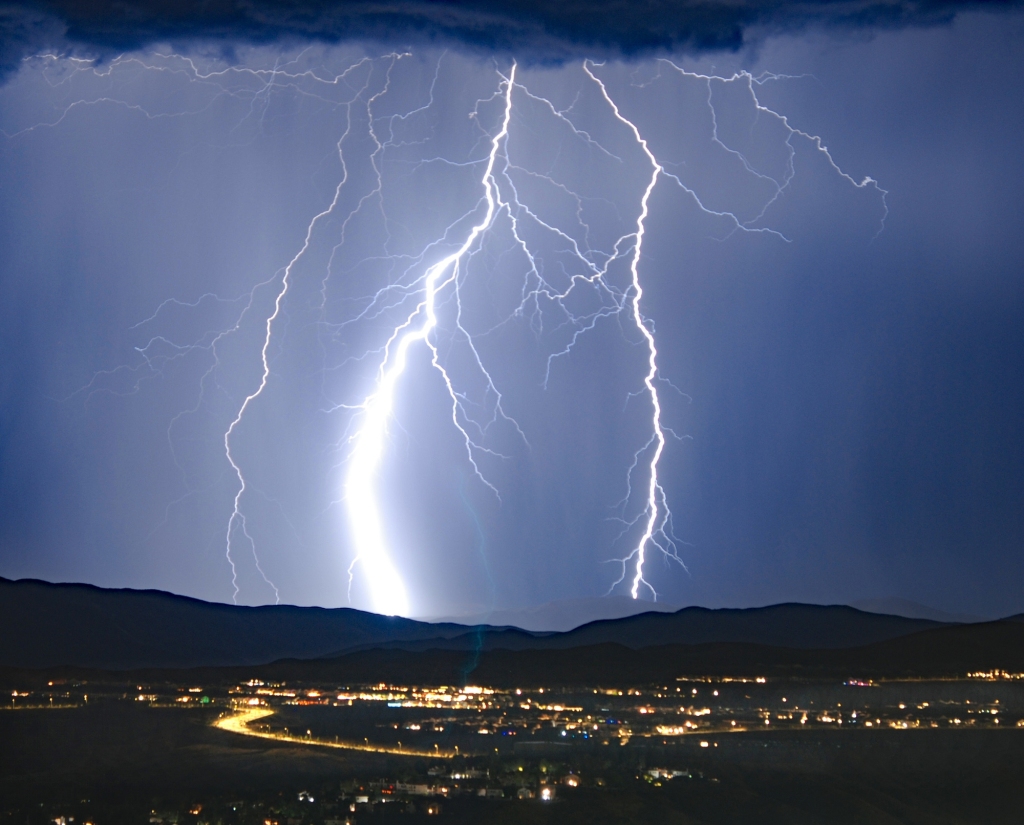 Lightning strikes were seen early in the morning over the San Fernando and Santa Clarita valleys.

On its Twitter page, the weather service also warned of increased fire risk “during the coming week due to hot conditions with low humidity.”

The agency noted the “risk of dry lightning” and warned that “any new fire start will grow rapidly!”

The forecast called for partly cloudy skies and a 20 percent chance of showers and thunderstorms after midnight Tuesday. Temperatures will fluctuate between 50 and 60 degrees and wind speeds in some areas will reach 35 mph at night.

Due to monsoonal moisture entering Southern California from Santa Barbara County, storms will be most common in the mountains and deserts on Wednesday, according to the NWS.

Meanwhile, a drier southwesterly flow will develop on Thursday with a small chance of more thunderstorms in the afternoon, mostly over the mountains, followed by drier and warmer conditions on Friday and Saturday.

The agency also advised tourists to go below the tree line during thunderstorms.

Granito. How to Identify the Xisto of Northern Portugal From