Conflicts between tire makers like Bridgestone, Fate and Pirelli and Tire Union (Sutna) It is passing through the period of its greatest stress. Not only because of the conditions in which the meetings are taking place, but because it expands over time and more and more areas are affected.

A fresh attempt to reach a wage settlement between the parties failed during a meeting held at the Labor Ministry yesterday afternoon. ,If you want to build up pressure by not having tires, put pressure on the owners. we will stand strong”, sentenced the leader of SUTNA, Alexander Crespo.

After the strike that started on Thursday and continues till now, Major companies in the sector are paralyzed, Tires are not being manufactured in the country. Fate, Bridgestone and Pirelli produce about 6 million tires annually in Argentina. They estimate that since the start of the conflict, in April of this year, they stopped production of more than 1.3 million units.

The direct result of this lack of production was that yesterday the automaker Ford had to postpone two production shifts At its General Pacheco plant. They do not have coverage to grow beyond the rate of production established. 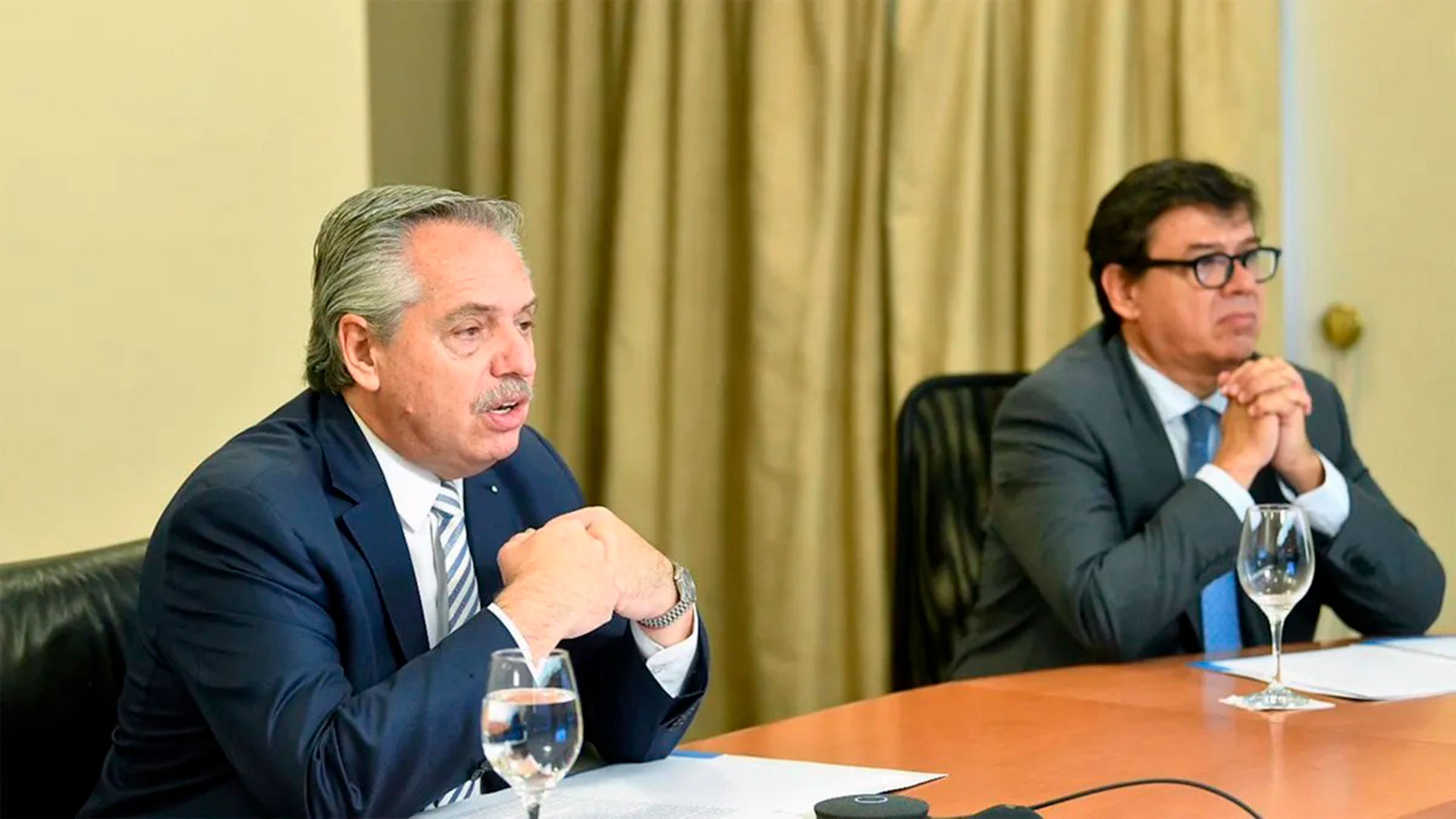 Faced with this complex panorama, the government fears “transition effect” You That there are other automakers who start to stop production due to shortage of tyres. The impact this break could create in the sector in the near term is worrying. Therefore, the Ministry of Economy also intervened in the conflict and tried to find a joint solution in the next few hours.

The person in charge of the arbitration discussed by the Treasury Palace is the Secretary of Industry, Jose Ignacio de Mendigurenwho asked yesterday “Purity prevails” In talks being held in the offices of the ministry under the leadership of Claudio Moroni. The officer joined as a new actor, with the support of Alberto Fernandez and Sergio Massa.

De Mendigueren convened this Tuesday at 2:30 p.m. at the industrial sector table, which included the Union of Metallurgical Workers (UOM), the Union of Mechanics and Related to Transport (SMATA), the Association of Automotive Manufacturers (ADEFA) and the Union of Argentine Component Factories (AFAC). 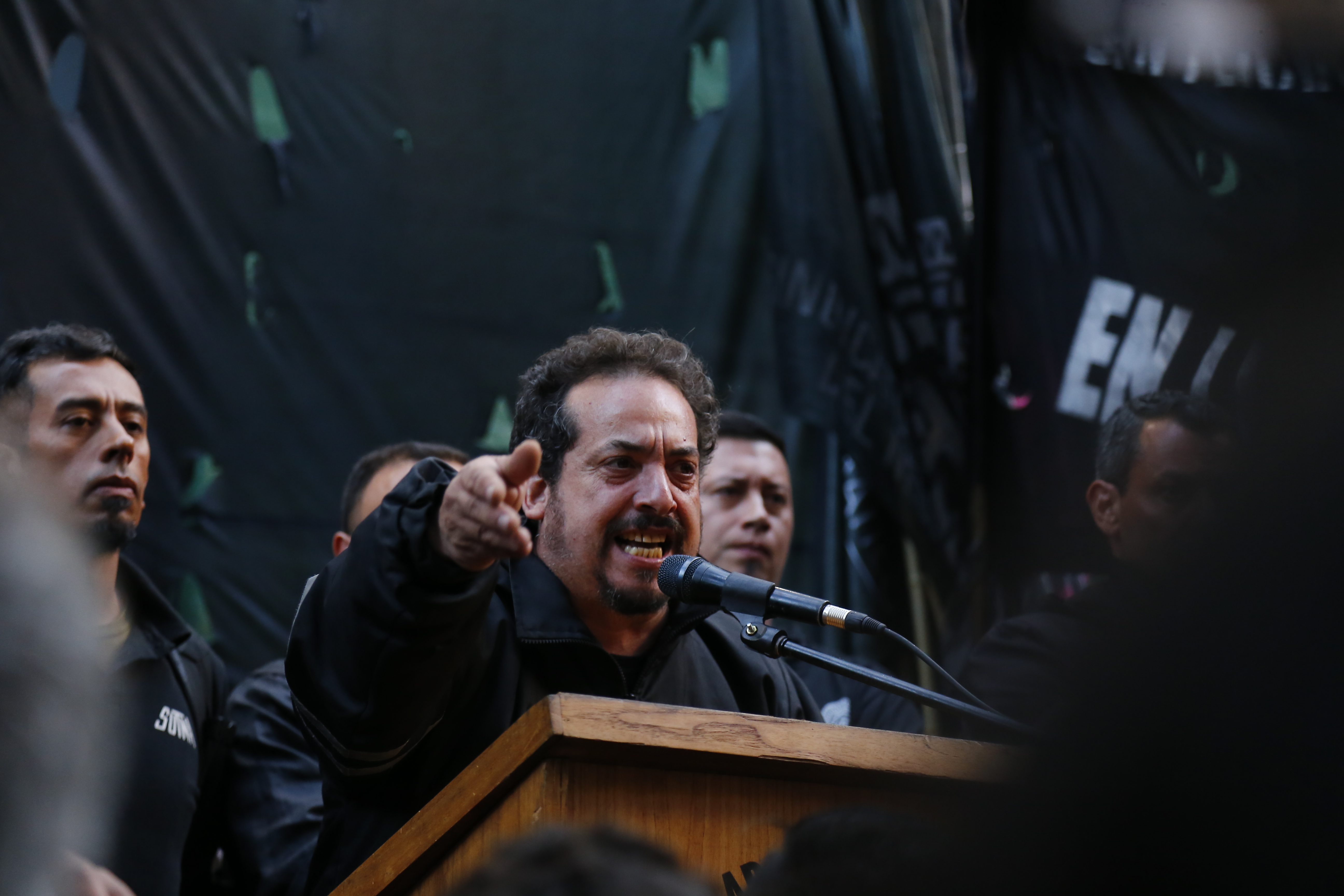 The intention of the meeting is to involve all sectors in conflict resolution and Make it clear that the degree of influence that passes every day affects more people working in the industrial sector. Hence immediate solution is needed.

“This discussion not only affects 5,000 people working in tire factories, but also about 75,000 employees in the automotive sector and 127,000 employees working in supplier companies. It is necessary to create awareness among all the actors. Everyone has to be involved to get a quick solution”, he indicated to the Industries Secretary.

At the Palacio de Hacienda he feels that it is unnecessary for the wage struggle to escalate in such a way that it hurts the production of the automotive sector. “We have a lot of problems. We must try to stop it from growing.”The economy, where he warned that the “situation is complicated” because of the “indolence” present in the negotiations. 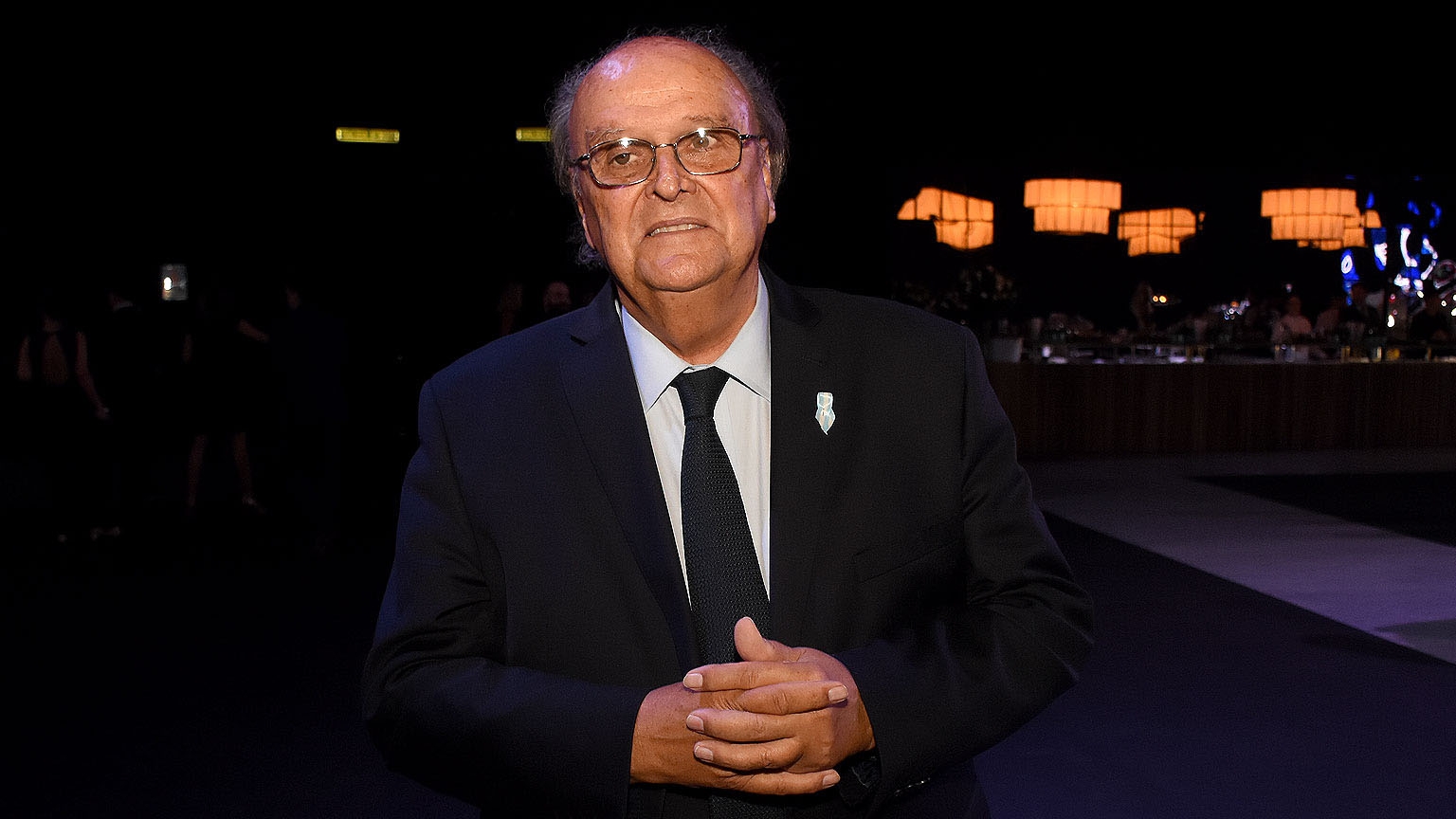 Industry secretary, Ignacio de Mendigueren, is one of the government actors involved in the conflict.

Alberto Fernandez closely follows the details of the negotiations and conflicts with the car companies. Moroni reports progress and setbacks over the phone. The President believes that solutions must be worked out quickly and responsibly. The margin of action began to shrink after Ford suspended two production shifts due to tire shortages.

“We came to the government to create jobs and create conditions for industries to open, not for them to leave”, denotes a national official close to the head of state. At Casa Rosada they consider the tire union’s decision to be too harsh in wage negotiations.

Another official with an office in Balcarce 50 agreed that wage discussions within the framework of a joint agreement are logical, but that the payment of 50% of the hours worked during the weekend, demanded by SUTNA, exceeds a limit and Unnecessarily affects the negotiations which has a direct impact on the production. 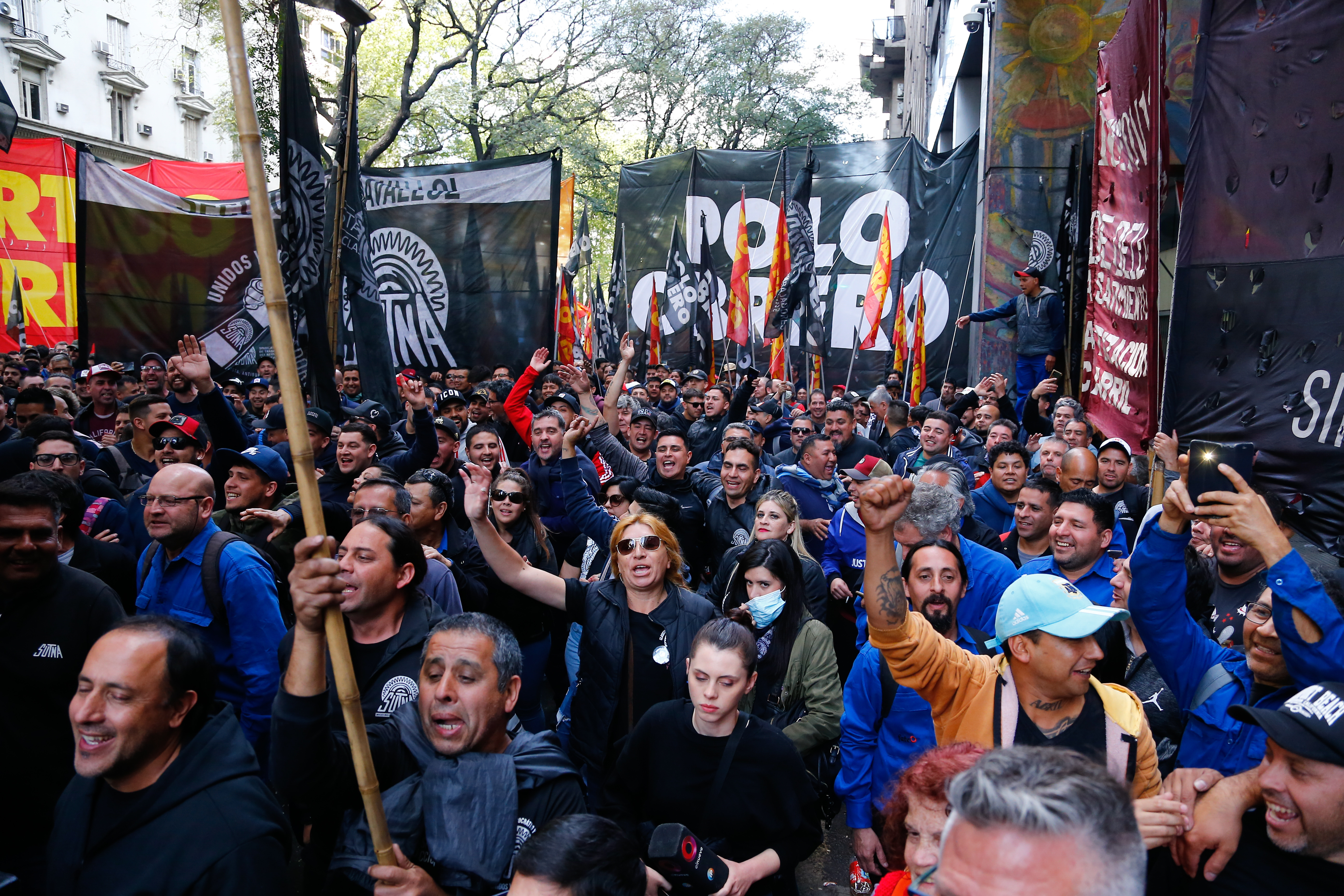 Thousands of left-wing extremists were present at the door of the Labor Ministry (Luciano Gonzalez).

“It’s strange the way Sutna is proceeding. Companies have to stop production. It’s absolutely irresponsible. That won’t happen with the Peronist union. Without activity, there’s no wage discussion”, a Peronist leader told the President’s Office. Complained with access to.

tire union drives it Alexander Crespo, which is part of the Partido Obrero, one of the most militant leftist groups. Union leaders were firm in their claim and expect a favorable response at the meeting with employers later in the afternoon on Wednesday. ,Coercive action will continue in factories, only what is justified will win”, he warned yesterday.

In the government, he believes, the conflict, which has been going on for almost 5 months, but has intensified in the last six days, has reached the point where rationality is no longer prevalent. “They are two cars that are about to collide and neither of them wants to run. The positions are getting tougher. One of the two has to loosen up”Specified an official who is closely following the conversation. 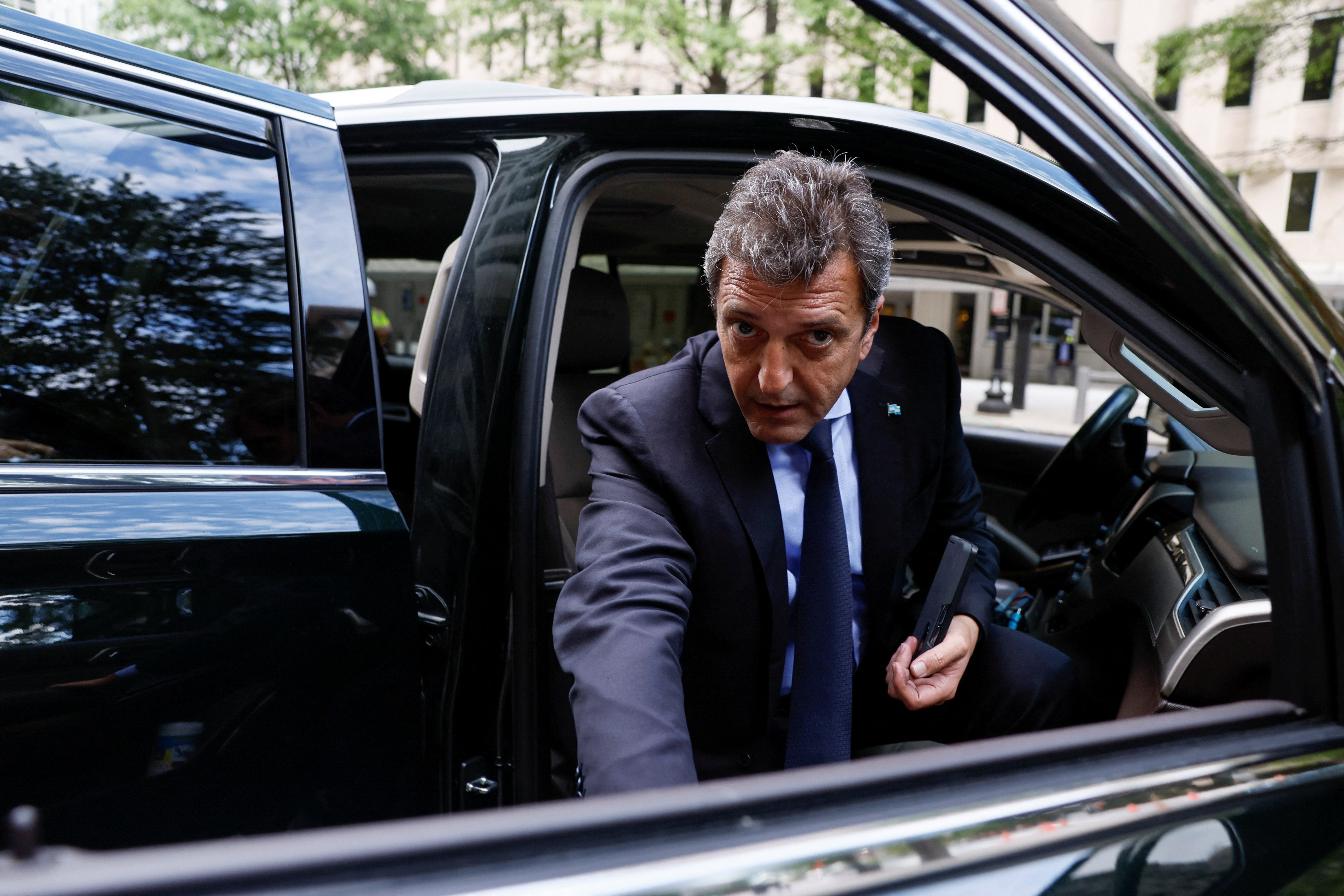 Javier Madness QuintanillaDestiny’s owner, one of the country’s most affected companies, is believed to be in the last hours Political interests are behind trade union struggle, “This is not a particular wage problem. There are other factors that have to do with power factors, to see how they are set up within the union system and within the political system,” he specified.

The fact is that conflict began to arise among trade unions. profound impact on the production chain Not only are the terminals affected where tires are produced, but car companies, workshops and tire shops are also affected. Every day that passes adds a new link to the chain that suffers the consequences.

The entire sector is slowing down the pace of production due to lack of inputs. This impact on the real economy worries Sergio Massa, who is closely following the situation. “If we don’t find a quick solution, we all lose”sentenced in the economy.

FATE boss blames Partido Obrero for feral cat strike that paralyzed tire production in Argentina
Tire sector struggle: A carmaker has already had to stop its production due to lack of cover