Tommy, Elsewhere with the Music: Symbolic Business Moves On 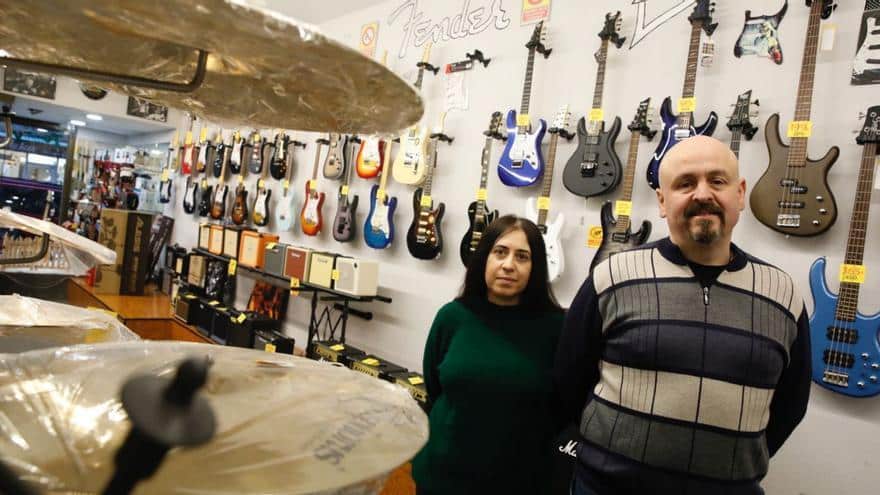 A classic from Gijón goes with the music elsewhere. “A stage is over” and the Musical Tommy store, one of the most emblematic stores, runs a few meters on San Bernardo Street. They change the number 81 to 56. better customer service”, said Susana Rodríguez and Miguel Sánchez, owners of the business. “Even if that’s enough,” the idea is to celebrate the opening in the first week of February. “It depends on how things go.” Yes, but this is our opinion. Open so that, little by little, people can see our new location. Then we’ll finalize the details,” he continues.

The two took over after the death of store founder and Susana’s father, Miguel Rodríguez, in November. The mindset will be the same as at the time of birth. “It’s a facelift to maintain the same philosophy and humility. In fact, the image of the store is maintained,” explains Miguel. The new space has 250 square meters and is located across the street. Guitars, violins, pianos… They go next to Paseo de Begoña, “an area where only hotels remain”, to Parchís, “another point of the route and with a lot of commerce”. “We are excited to be associated with prestigious stores such as Industrial Library, Buroteca… In Begona, we were the last redoubt of stores and these old buildings require other maintenance,” deepens their owner.

The story of the musical Tommy is no less. 50 candles were blown out in 2020. And many of those years, more than 30, enjoyed the day-to-day life in the place they now shun. Miguel Rodríguez set up business on Calle Catalunya until he found a potential location in San Bernardo. In that place, he played musical material unknown in Spain for his time for several years. All the musicians in heaven passed away, a family of which he too was a part. Such was Miguel Rodríguez’s dedication that he took his seat 124 on trips to Italy or Belgium and secretly brought instruments for bands such as Stukas. He also brought pianos from Russia, put on the first electronic scoreboard for El Molinón… without forgetting his aspect in sound editing in concerts and shows.

All those stories happened in the place which is now left behind by the next generation. His successors have been clear about their commitment to the new campus. “Everything is placed towards the street, diaphanous and in harmony”, he says. Something that will also help them in online commerce. “Local businesses are more competitive than Internet businesses in most cases,” he claims. What doesn’t change is the basic premise: “It will be seen that Tommy is all for the music.”