Tony Siragusa, the outspoken host in the middle of the Ravens’ first championship defense, has died at the age of 55. 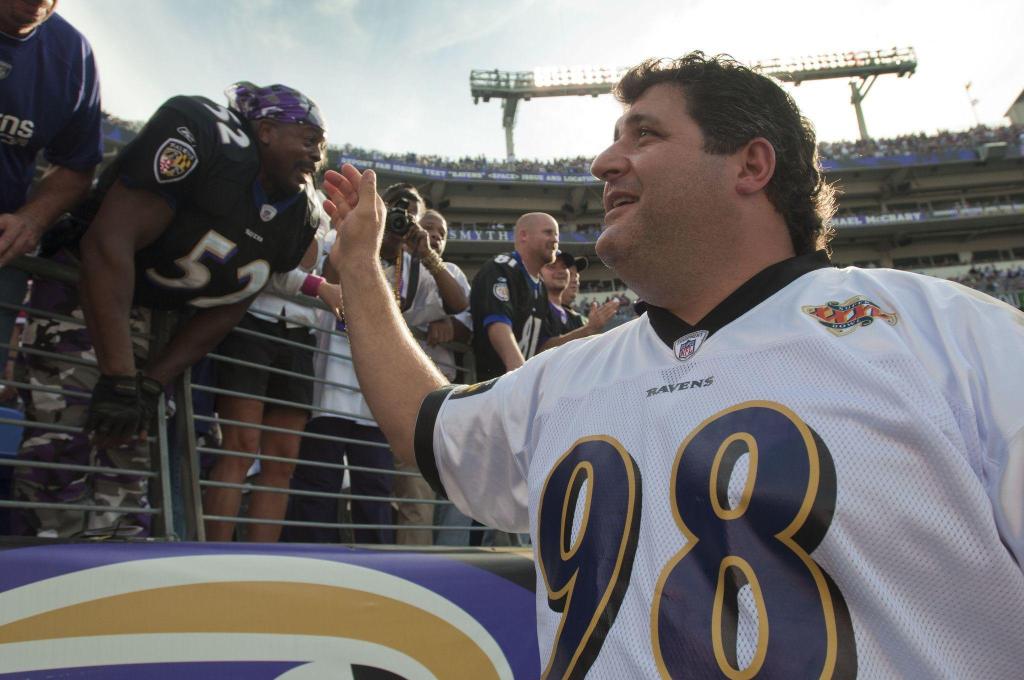 Tony Siragusa, the witty wall of flesh known as “The Goose” who was anchored in the center of the Ravens’ record defense during the team’s first Super Bowl appearance, died Wednesday, a team spokesman said. He was 55.

The cause of death was not immediately known.

The New Jersey native was an undrafted free agent who began his 12-year NFL career with the Indianapolis Colts before becoming a fan favorite during five seasons with the Ravens from 1997 to 2001. seat for Hall of Famer linebacker Ray Lewis when the Ravens set a record with just 165 points in a 16-game season in 2000.

But the 330-pound hippo was not only known for his affable nature, but also for his strength on the pitch. He was the star of the first season of the HBO documentary series Hard Blows, wore Big Daddy T-shirts on the chest, and cracked jokes about how he tortured newcomers. This paved the way for an acting career and a 13-year career as a pre-match and supporting personality on Fox’s coverage of the NFL.

Mr. Siragusa came to the Ravens when the team was still struggling in its second season after moving from Cleveland. He was a regular starter and a leading voice as the Ravens defense slowly turned into one of the worst in NFL history.

During the 2000 AFC Championship game, he had Oakland Raiders quarterback Rich Gannon land shoulder-first, a pivotal play as the Ravens took the offense to three points. Although Mr. Siragusa always maintained that he had no intention of hurting Mr. Gannon, the punch became a prime example of the Ravens’ punitive style as they went on a rampage in the Super Bowl.

Once on the biggest sports scene, Mr. Siragusa basked in the spotlight. The reporter asked what job he would not like to have. “I wouldn’t want to be a plumber if my sewer was back up,” he said.

5 things to know on Thursday