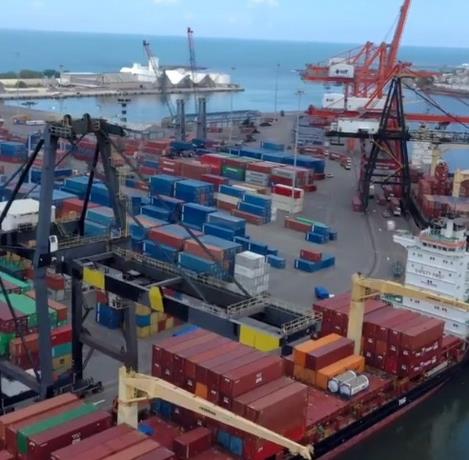 world’s worst food crisisI Within a decade it was one of the main issues discussed at the Twelfth Ministerial Meeting of the WTO ,WTO) last month, according to an article published on the World Bank blog, written by Mari Elka Pengestu and Axel Van Trotenberg.

The author states that The crisis is exacerbated by a growing number of countries banning or restricting the export of wheat and other commodities.In a misguided attempt to contain the rise in domestic prices.

they mention that wheat priceA staple commodity in many developing countries, up 34% Russian invasion of Ukraine At the end of February, the prices of other food items have also increased.

They state that in response, in early June, 34 countries banned food and fertilizer exportsA figure that was close to those of the 36 countries that exercised such controls during the food crisis of 2008–2012.

They indicate that these measures are counterproductive because they reduce world supply, leading to further increases in food prices. Other countries respond by imposing their own sanctions, triggering an escalating cycle of trade actions that have a multiplier effect on prices.

They point out that measures to limit exports had a significant impact on food prices in the 2008 crisis, making the situation worse.

The publication indicates that this time, The war in Ukraine is accelerating the rise in prices Which began earlier as a result of adverse weather conditions in major producing countries, rapid economic recovery after the crash caused by COVID-19, and rising energy and fertilizer costs.

“The war has severely disrupted shipments from Ukraine, one of the world’s largest food suppliers. The country is also a major supplier of corn, barley and sunflower seeds, which are used to make cooking oil. products that cannot reach world markets because Ukraine’s ports are blocked”, the authors analyze, indicating that export restrictions are not the only trade measure governments are adopting in response to rising prices.

The article argues that the most affected by trade sanctions (PDF) are developing economies in Africa, Asia, Latin America and the Middle East. Bangladesh imports 41% of its wheat consumption from the Black Sea region. This figure is 67% in the case of the Republic of the Congo and 86% in the case of Lebanon.

It refers that given the magnitude of dependence, it is likely that people in these countries will be affected immediately, as alternative providers will not be available in the short term. “Rise in prices will lead to an encouraging end Major agricultural exporters to expand their production and substitute part of exports from the Black Sea region, but it will take time,” he explains.

USC WR Drake London imposes its will on defense

What’s next for China’s economy?

According to the survey results, trust in science and scientists around the world has grown