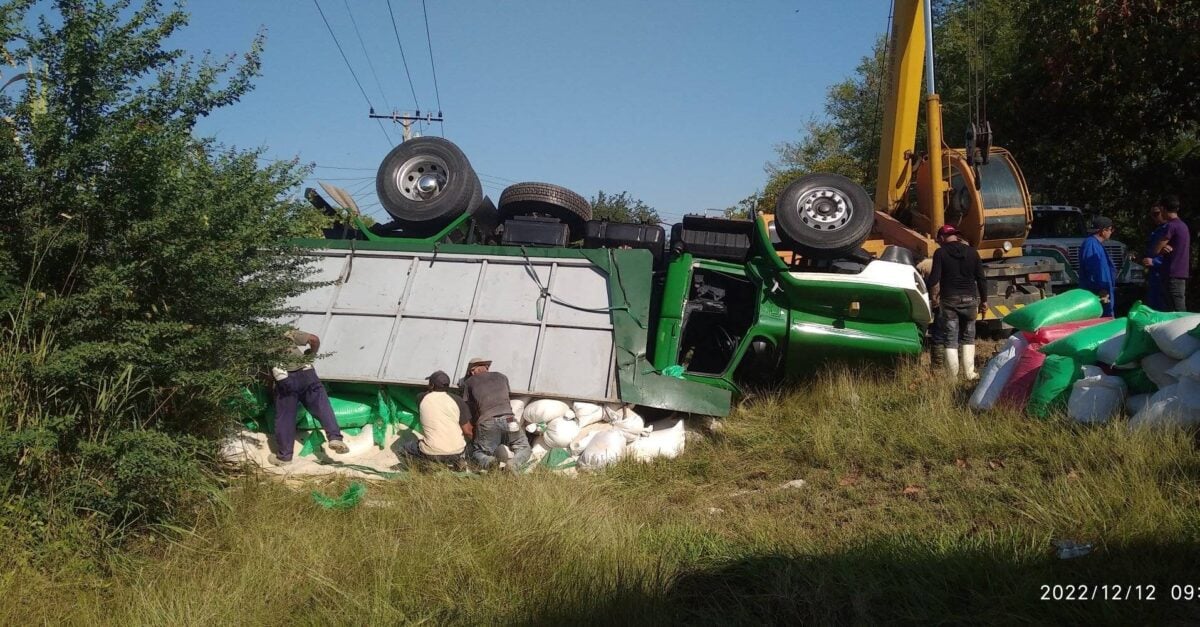 This Monday morning, December 12, a traffic accident was reported after a truck carrying rice overturned in Bayamo, Granma Province.

A user identified on Facebook as Uniski Gonzalez posted “Accidents buses and trucks for more experience and less victims!” Publish the event in the group.

The group mentioned shows images in which a rice-laden truck overturns on the side of the road.

Several members of the group said the site has a dangerous curve based on incidents of traffic accidents in the area, and even that another truck overturned there recently.

Read also: They steal a donation of children’s clothing sent from Spain to Cuba and they return a package with pesticides and wet paper (+ photo)

The entity carrying the food is the Hino brand, and belongs to Sancti Spiritus, a company from Jatibonico.

“At the curve of PRU in Bayamo State trucks laden with rice. Take care on the road, gentlemen, we are at the end of the year,” wrote an internet user identified as Eduardo David Cedeño Sanchez, who also shared a video of him driving through the place.

A few weeks ago, Colonel Roberto Rodríguez Fernández, head of the Special Traffic Agency of the General Directorate of the National Revolutionary Police (PNR), reported that in Cuba, from January to September, 7,302 traffic accidents had been reported. In which 507 people died and 5,498 were injured.

How risky is the plan trying to lower the temperature of the poles by two degrees?

Divided and paralyzed, can the WTO negotiate a pandemic recovery plan that is fair to all?