Treatment of 15yo at detention center ‘in crisis’ did not meet standards, department admits 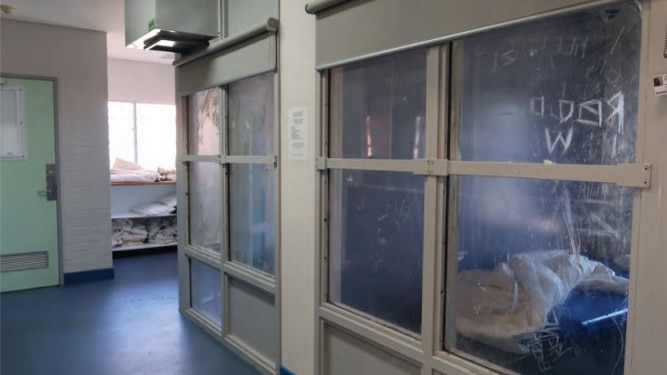 Harsh criticism of the treatment of a 15-year-old detainee at Banksia Hill by the head of the Children’s Court has shone a spotlight on problems at the centre, which the department concedes is struggling with severe staff shortages.

While sentencing a 15-year-old boy this week for multiple offenses, the court’s president, Judge Hylton Quail, slammed the boy’s treatment as “vile” and “dehumanising”.

The court was told he had been held in the intensive supervision unit (ISU) for a total of 79 days, which Judge Quail described as effectively “solitary confinement”.

“If you want to make a monster,” he said.

Department of Justice Director-General Adam Tomison told Nadia Mitsopoulos on ABC Radio Perth that he had asked his department for a review of the matter after the comments were made.

“I’ve also had a quick look at some of the data we provided [to the court]which seems to me is not particularly well written,” he said.

“We have an issue with that young person — I don’t think his treatment will be described as meeting the standards we need to meet.

“But I’m also not sure that we gave the judge the best information as to what’s happening and whether he was actually out of his cell more often than what was it was indicated in the paperwork.”

Judge Quail described the cell where the teenager was kept as “a fishbowl” and the yard where he was supposed to be allowed to exercise as a “10-by-20 meter cage”.

Records provided by Banksia Hill to the court showed that on 33 days, including five over Christmas time last year, the teenager had no time out of his cell.

Dr Tomison said the ISU was used for two reasons — to monitor young people who were self-harming or at risk of self-harm, or when they were harming other detainees or staff.

“The young people that come into our care, they’re not coming from good backgrounds,” he said.

“They often come in with alcohol and drug issues, cognitive and learning disabilities, mental health concerns, including self-harm, which is particularly concerning.

“Since last year, we’ve had a cohort of young people coming in who’ve exhibited very challenging behaviours, whether it be assaulting others or hurting themselves and trying to manage that has certainly been difficult for us.”

Dr Tomison said that a trend had emerged that was exacerbating crime in the community as well as problems in Banksia Hill.

“There’s like a social media competition between young people to commit offenses, almost like gaining points — a treasure hunt, almost,” he said.

“That’s feeding a whole range of new behaviors we haven’t really seen before, and also some quite violent offending.

“This is also playing out in Banksia Hill as well, where you’ve got competitions to do things like ascend fences or damage units or assault staff and also, at times, to self harm, and that’s incredibly disturbing.”

Assaults on staff and difficult behavior were intensifying difficulties for staff, Dr Tomison said, which in turn was leading to greater periods of lockdown for detainees.

“At the moment it’s very hard to run all our therapeutic programs when a number of young people are acting out in various ways,” he said.

“It’s not an easy situation.

“I think my staff are doing absolutely the best they can and we’re looking at more solutions going forward.”

“Usually about it’s about 60-plus staff who run a shift inside Banksia Hill,” he said.

“Depending on what goes on that day, we may be down to around 30 staff, [which] would be a bad day.

“When we have less staff on a particular shift, what we’ll do is lock down particular units for particular periods of the day.

“That’s not an ideal circumstance, because it can actually raise temperatures for the young people.”

Dr Tomison said the was caused in part by assaults inside the center that had led to workers making compensation claims.

He said the department was running two courses to train more youth custodial officers and intended to run another two shortly.

It had also called in prison officers from other facilities to assist.

“My own view is that we have … significant work to do to make sure we maintain the appropriate standards of care for all young people in our care of Banksia Hill,” Dr Tomison said.

“This past weekend there were 26 staff on at Banksia Hill detention center to look after all of those young people,” Ms Hendon said.

“It’s really desperately unsafe for both staff and for the young people.”

Ms Hendon said staff believed the minimum safe level was two youth custody officers for every eight detainees and that the safety issues at Banksia Hill were making it hard to find new workers.

“If you want to attract and retain people, getting new people to walk into an unsafe center that’s in crisis is not much of an incentive,” she said.

“I don’t think staff there failed the boy — I think the staff are desperate to do the fullness of their job.

“They are actually supposed to provide rehabilitative programs for them and they’re very frustrated that they’re not able to really do that job.”