Trial for Vialidad Case: Defense of Christina Kirchner | Minute by minute on the last day of the Vice President’s arguments 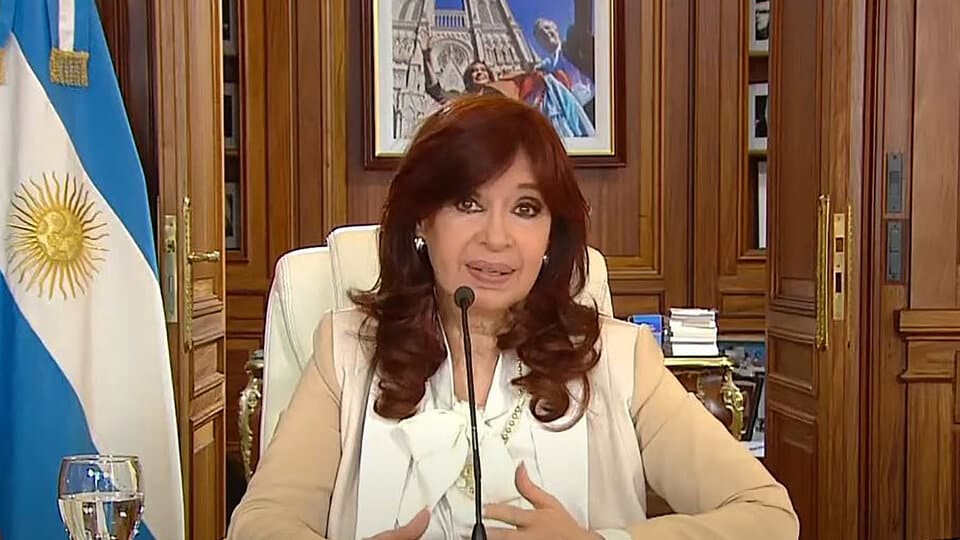 Before her petition, Christina Kirchner interviewed her most trusted executives

Slowly and after the attack on the Vice President, Christina Fernandez, Kirchnerism is fixing daily political life. done before Maximo Kirchner With lunch with the mayors of the Buenos Aires suburb on Tuesday. Now it was her mother’s turn to do that this Thursday — and in the framework of her statement before prosecutors Diego Luciani and Sergio Molla road cause– met with officials from the National and its biggest trust in Buenos Aires in his office in the Senate to evaluate everything from judicial issues to the imminent visit of the Interior Minister. Edward “Wado” of Peter With a group of ten governors in the United States. fate that, apparently, the president Alberto Fernandez He plans to repeat this as the Argentine embassy in the northern country is working to finalize the postponed bilateral meeting with Joe Biden.

The Vice President will continue his line of defense that, from the beginning of the arguments, Prosecutors uncovered discrepancies in the charges.

What’s more, in the past few hours, Christina herself uploaded a video of her lawyers’ statements, pointing to the inconsistency of a witness: Juan Carlos Moran, a former deputy of the Civic Coalition.

It is remembered in the video that Moran, who was a witness in the case and who in 2008 denounced the national government as an illegal union and signed an alternative budget project in 2010, pointing to a perceived redirection of public works in which he maintained “Works the same which was to be financed in the opinion of Mr. Moran”,

The absence of coercion and intimidation was also pointed out in the voting of the budget during the years of the governments of Nestor and Christina Kirchner., Among other opponents, this position was approved by Margarita Stolbeiser, Francisco de Narvaez, Graciela Camano, Federico Pinedo, and the then head of the Front for Victory, Miguel ngel Picchetto, who is today a member of Together for Change.

“Dr. Beraldi will continue to disarm the lies of Luciani and Mola”

A few hours before the start of the new hearing in the matter called “Highway” Vice President Christina Kirchner He again pointed to the “lies” of prosecutors Diego Luciani and Sergio Molla, and announced that tomorrow, Friday, he would exercise his defense at the trial where he is being tried, as well as the National Public Works Act. Along with 12 other defendants for the alleged offences. Between 2003 and 2015 in Santa Cruz.

“Tomorrow’s “Roadway” case hearing is on. Starting at 9:30 am, Dr. Beraldi will continue to disarm the lies of Luciani and Mola, and from 11 a.m. I will practice my defense Per Article 104 of CPPN,” Christina wrote on her Twitter account.

What time does CFK speak in the test

The Vice President plans to come to the House at 11 o’clock and will do so “on his side of the lawyer”. This will be his first time to speak in court after the judges refused him a chance a month ago.

Before Cristina, at 9:30 a.m., Carlos Beraldi, the lawyer leading the former president’s defense, will resume his argument. CFK is about to speak for about an hour and a half and then Beraldi will close his presentation.