Tribute to elderly Spaniards living in the United Kingdom 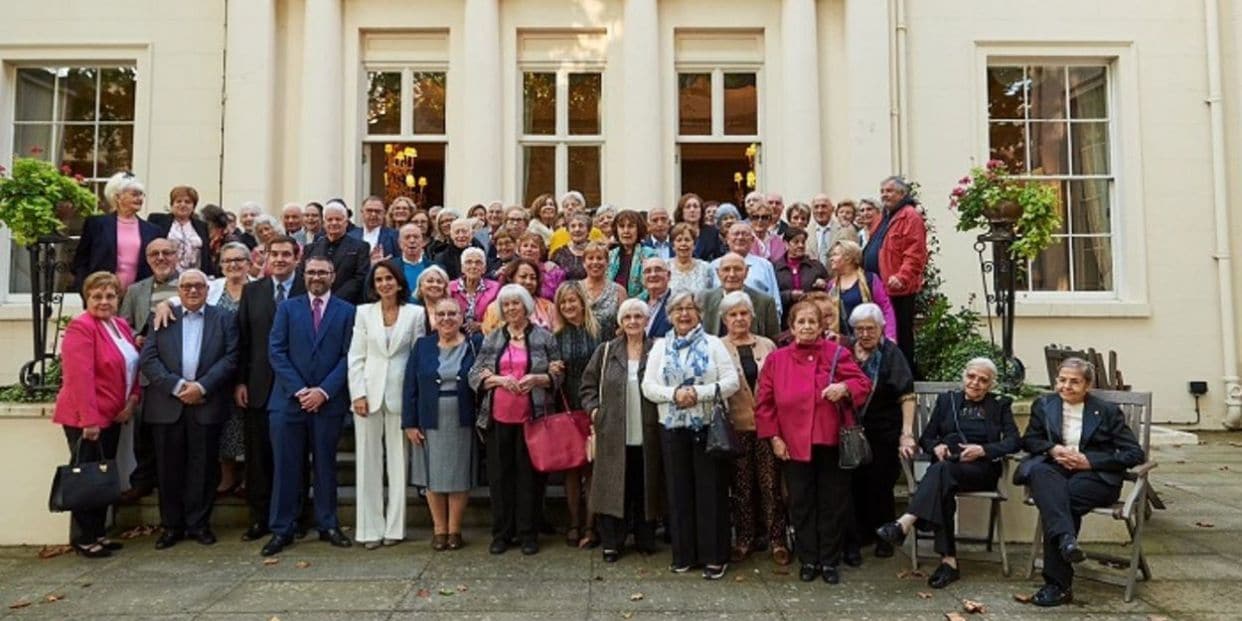 Spanish Embassy in the United Kingdom she has wanted Pay tribute to the groups of elderly people living in the country as well as the associations of the elderly working there: the “Miguel de Cervantes” Social Center for the Elderly (CSM) and the “Spanish Welfare Fund” (SWF), known as “The Also known as “Corner”.

As detailed in a press release from the Ministry of Inclusion, Social Security and Migration, 150 people attended the event last September organized by the Ministry of Labor, Migration and Social Security in the United Kingdom, which He wanted to pay tribute to a group of older people who had moved to the country in his time to rebuild their lives.

In addition, during the ceremony, the work of the Centro Social de Mayores, Miguel de Cervantes and the “Spanish Welfare Fund” associations and their presidents, who have done everything possible during the pandemic, is recognized. so that their partners do not lack food, health care or conversation,

Spanish Ambassador to the United Kingdom, José Pascual Marco Martinez, made it clear that the association is very important among the Spaniards living in the countryAnd highlighted the life example of the elders, for whom it was not easy at all, and never ceases to amaze us with their strength and will to excellence.

The importance of partnership during the pandemic

Francisco Robles from the Social Center for the Elderly and María Fraga from the “Spanish Welfare Fund” (SWF), He shared his personal experience as an expatriate, why He assured that despite living in the country for years, he has not forgotten his roots.

On the other hand, Blanca Cano, Minister of Labour, Migration and Social Security, thanked both the unions for their workand especially for his Presidency, Pilar López Castro, from the Social Center for the Elderly, and Mercedes Sutherland, from the “Spanish Welfare Fund”, which has not alienated Spaniards living in the United Kingdom during the most complicated months. Epidemic.

During the event, Spain’s ambassador to the United Kingdom announced that José Luis Escriva, Minister of Inclusion, Social Security and Migration, Mercedes Sutherland is awarded the Emigration MedalFor working in the service of the Spanish residents in the country, and for more than twenty years at the helm of the “Spanish Welfare Fund” association.

the ceremony was full of emotion And the elderly wished to continue participating in activities organized by various associations and centers for the elderly, now that the pandemic has been brought under control.

Trump spokesman turned over more than 1,700 pages of documents and testified for 6 hours for Jan. 6 committee, per new court docs